Battlefield 4 Is Finally Getting Fixed 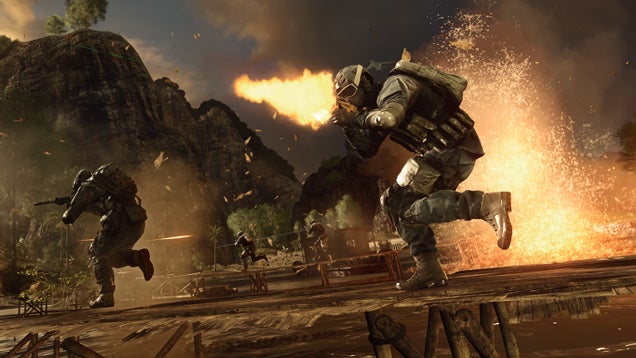 The Battlefield 4 disaster might finally be over. Seven months after EA first launched the controversial first-person shooter, it seems like they have finally gotten a handle on one of the biggest bugs that has plagued the game since it was released in November.


Last week, on May 9, DICE opened the Community Test Environment (CTE), a closed testing program for new patches. This allows them to test patches rapidly under real game conditions without having to release them for five different platforms just to find out that they accidentally caused a new bug. This system is similar to other games like Minecraft, which allow players to download new versions of the game early if they want to try out new features, or just play the current stable release if they don’t.

I jumped back into Battlefield 4 to refresh my memory of the biggest problems and ended up getting killed by players I had just killed, and got killed behind a few corners. I loaded up the CTE and the difference is apparent from the moment you get into your first firefight. I hadn’t realised how I had gotten used to the sluggishness of bullets registering in BF4, but when you’re firing at people in the CTE, you actually see each hit being counted instead of just waiting to see them fall down.

So what are they actually working on that’s making such a difference? The answer is “netcode,” but that requires a bit of background.

There have been many problems with Battlefield 4, but the biggest revolve around what people have come to refer as “netcode” – essentially, any problems that come from miscommunications between players’ computers and the game’s servers.

The classic example was the “one hit kill” bug. In Battlefield, there aren’t too many guns that can kill a player with one shot, but for some reason many players found themselves being killed with a single bullet anyway. A competitive BF4 player, JackFrags, managed to replicate the bug in a video that helped the developers figure out that bullets were being counted twice at certain distances.

The problem was related to “tickrate,” or how many times the game updates the positions of bullets, counts damage, etc. Battlefield 4 uses a tickrate of 10Hz, or 10 times per second. Games like Call of Duty usually use 30Hz, and some like Counter-Strike go as high as 60Hz. So when you fired a bullet at a certain distance, it would be intersecting with a player for two ticks instead of one, and the game would count it as two hits. The fix for that was to make sure the game never counted the same bullet twice, but the tickrate remained the same.

Unfortunately, the low tickrate seems to be responsible for other bugs, like “trade kills,” where players get killed by a player they just killed who managed to fire off an extra bullet or two before the game realised they were dead.

Well, one of the first updates in the CTE was an update to the tickrate that raised it to 30Hz. Luckily, it seems to have made a huge difference, and responses have been pretty good from the Battlefield community. LevelCapGaming plays Battlefield 4 almost exclusively, and he gives his personal reactions here:

Another fix they made was to reduce the amount the screen shakes when explosions are going off near you, which can really affect gameplay on some maps like Operation Locker, where your entire game is spent in enclosed spaces with grenades going off. You can see the difference in this video:

If you’re familiar with the problems, you can see actual gameplay here, or another here.

The CTE currently has limited openings and is only open to PC players with Battlefield Premium, but the announcement says:

We do have plans to expand to a larger player base in the future after we test this new program. If you feel that you want to provide constructive feedback to make Battlefield 4 an even better game — then you’re more than welcome to apply to the CTE.

Not everything is fixed yet — there are still other bugs that need attention — but this new system and the updates that have been made finally make it seem like some major progress is being made on getting Battlefield 4 to the level of polish where everyone wants it to be.

If you’re playing Battlefield 4 on PC with Premium, you can sign up for the CTE here. We don’t know yet when these patches will be rolled out to the general playerbase, but hopefully they will be coming soon.