Guy Pulls Off Pokemon Permadeath Run Only Using A Rattata 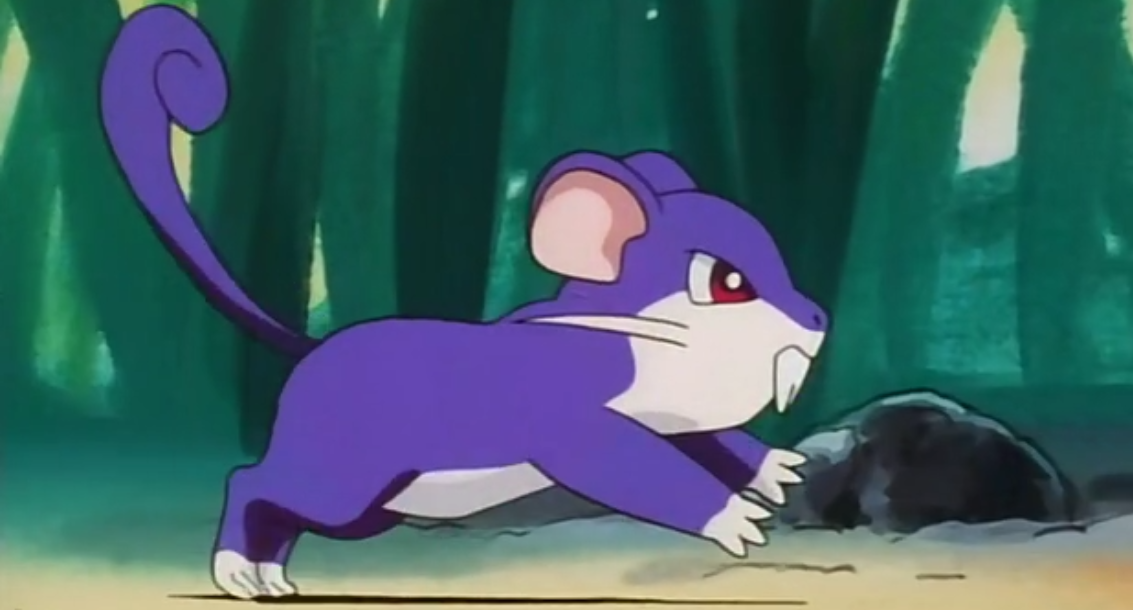 Rattata are found near the start of Pokemon games for a reason: they're not very good fighters. Eventually, most players cycle out a Rattata on their team for something bigger, better, stronger. Not this particular Pokemon fan, though.

Pokemon Challenges is a Twitch channel chronicling one German player's gruelling adventures. Earlier this year, the channel pursued a Rattata solo run on Pokemon Fire Red with a special twist: if the Rattata ever died, that would be it. Game over. No other Pokemon could help Rattata on its quest, nor could a Revive item wake it from its slumber if it ever fainted. If the Rattata wanted to be the best like no one ever was, it would have to defeat the Elite Four completely on its own, and in a single shot.

"The Rattata is a wild capture from the beginning of the game [and it has] a good nature," Pokemon Challenges told me in an email. Move-wise, the Rattata carries Return, Iron Tail, Shadow Ball, and Substitute, allowing it to pack a surprising punch.

Many Pokemon players end up in a situation where a single Pokemon ends up carrying a team — I know that when I was younger, my starter might as well have been the only real Pokemon I was packing. That said, I still have memories of that strong Pokemon fainting every once in a while, either because I overextended or perhaps because I was challenging the Elite Four. At some point, my weaker Pokemon would always end up chipping in at least a bit.

Pokemon Challenges didn't have that luxury, and so pursuing this challenge took many tries and dozens of hours over the course of a month and a half. Pokemon Challenges compiled every death along the way below. As you can see, sometimes even being significantly overleveled didn't help poor Rattata survive against poor circumstances, such as bullshit criticals by enemies or super effective moves:

"The farthest attempts that ended at the Elite Four (where I lost twice) took about 19 hours of in game time to complete," Pokemon Challenges said. "You can imagine my devastation after losing there...the second time I just felt like giving up."

"Both Bruno and Agatha of the Elite Four were incredibly difficult," Pokemon Challenges said. "Bruno's Onix will spam Rock tomb, which will lower Rattata's speed. This means that [Bruno's] strong fighting types can go first and KO my Rattata with a lucky critical hit.

"Agathas Arbok has Screech which sharply lowers Rattatas defence causing it to die instantly to anything. I eventually overcame the difficulties of those battles by running the move substitute, which creates a token that takes hits for your Pokemon and also absorbs the stat lowering," Pokemon Challenges said.

With that strategy in-hand, you can watch Pokemon Challenges sweep the Elite Four after dozens of hours of failed attempts below:

Naturally, I asked Pokemon Challenges if Youngster Joey served as an inspiration for this run, to which he responded, "I mean his Rattata is no longer in the top per cent so maybe I'm his idol now?" Heh.

Pokemon Challenges plans to continue doing novel runs on his Twitch channel, where he is currently attempting a no-faint solo run of Pokemon Platinum with a Smeargle.