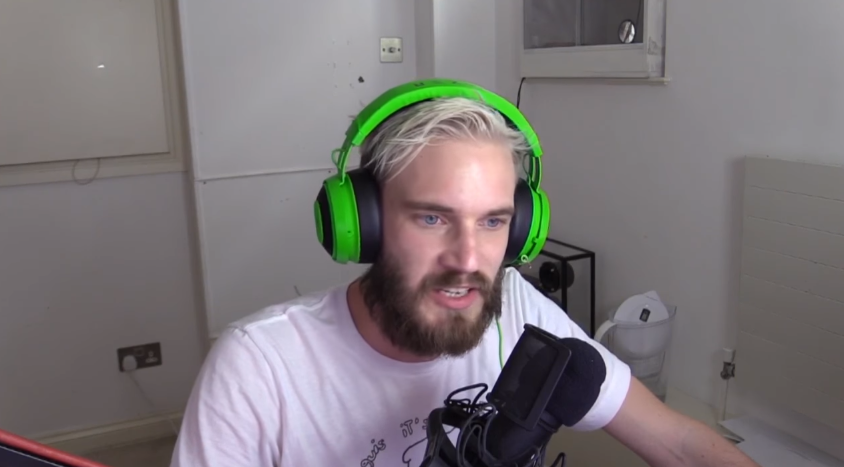 Earlier this year, YouTube's biggest star sparked controversy after Disney severed ties with him over jokes about Jewish people and Nazis. At the time, Felix "Pewdiepie" Kjellberg apologised but continued to make many Nazi references in defiance to the outrage. Months later, Kjellberg says he has a different perspective about those jokes and says he's no longer going to make them.

"At this point, I'd really just want to distance myself from all of this," Kjellberg said. "I remember back when everything happened in February, I was sort of like, 'I mean, they're just jokes. There's not actual Nazis out there, what are you talking about?' And then I look at this, and I'm like, 'Oh, I see. OK!'"

The "this" he is referring to are the events in Charlottesville, Virginia, when torch-wielding white supremacists held a rally that got violent and resulted in a counter-protester being killed. Like many of us, Kjellberg watched in horror, and in a recent vlog update, he says that the events at the rally made him reconsider his approach to humour.

"It sort of gave me a little bit of perspective, because technically I got grouped in with these people somehow," Kjellberg said.

"Believe it or not, I want nothing to do with these people," Kjellberg continued. "I have no hate in my heart. I only have hate for hateful people."

"So I thought now would be a good time as any to say, I want nothing to do with these people," Kjellberg said. "I don't think anyone that watches me think I'm an actual Nazi, but I know that some people might have some doubts, mainly because of all the jokes that I've been making."

In the past, Kjellberg has jokingly pretended to have a cardboard cutout call him a Nazi, and also made a running gag out the Nazi salute. Many of these references were attempts at irony, or winks to an audience who "knew" he wasn't a Nazi. But in a world where Nazis and other white supremacists are not only real, but feeling emboldened right now, it's also pretty easy for such jokes to become co-opted. Infamously, earlier this year, white supremacy website The Daily Stormer put up a banner that said it was "The world's #1 PewDiePie fansite".

Charlottesville, Kjellberg implied, made him realise that white supremacy is not just an edgy internet joke, but an actual thing that people have to deal with. So, he says he's giving up the tired shtick. In response, he has supporters online commending him for the statement, sceptics saying surely he had to be aware of the evils and reality of Naziism all along, and disappointed fans who seem to believe he is giving in to overly sensitive critics.

"You are letting liars dictate what you say," one commenter wrote. "You're apologizing for something you're not... I liked you because you didn't let lies change you and didn't treat your fans like idiots (who couldn't tell what's a joke).﻿"

"PewdieCuck!!," another wrote. "Get your own voice PewdieCuck!! Now you have got to be careful with every word you say just to not upset the others. Boooo﻿."

"I'm gonna stop doing it," Kjellberg said. "Nazi memes are not even that funny any more. It's sort of a dead meme. So, just to make it clear. No more. OK? It's not me censoring myself, it's more like, I don't want to be a part of this. OK? Just want to move on with my life."