fire emblemfire emblem warriorshyrule warriorskotaku coremusouNintendonintendo 3dsnintendo switchomega-forcereviewteam ninja
To sign up for our daily newsletter covering the latest news, features and reviews, head HERE. For a running feed of all our stories, follow us on Twitter HERE. Or you can bookmark the Kotaku Australia homepage to visit whenever you need a news fix.

Playing Fire Emblem Warriors feels a bit like herding a pack of ravenous lions. Countless enemies clash against heroes in glorious combat that mixes strategy and absurdity. It’s occasionally overwhelming but if you can tame the mayhem, the result is beautiful.

The new game, which is out on the Switch and New 3DS, is part of the musou series of games. That category refers to the Japanese word ‘musō’ or “unrivalled.” Starting with 1997’s Dynasty Warriors, these games remix beloved historical and fictional settings into large-scale hack and slash games that involve massive waves of enemies and arm players with explosive attacks that can defeat more than 100 at a time.

These games can seem like simplistic power fantasies but musou games are less about exhibiting raw strength and more about capturing the feeling of epic stories where heroes perform awe-inspiring deeds.

If you’ve played 20 minutes of a Warriors game, you’ve arguably played the next 100 hours. In Fire Emblem Warriors, you spend a lot of time mashing the attack button to beat up hundreds of thousands of enemies.

To compensate for simplistic combat, the game adds some tactical complexity. The Fire Emblem series is renowned for slow, turn based strategy battles that seem anathema to the unrestrained action of musou games, but marrying absurd combat and small tactical elements proves a smart, if messy, match. 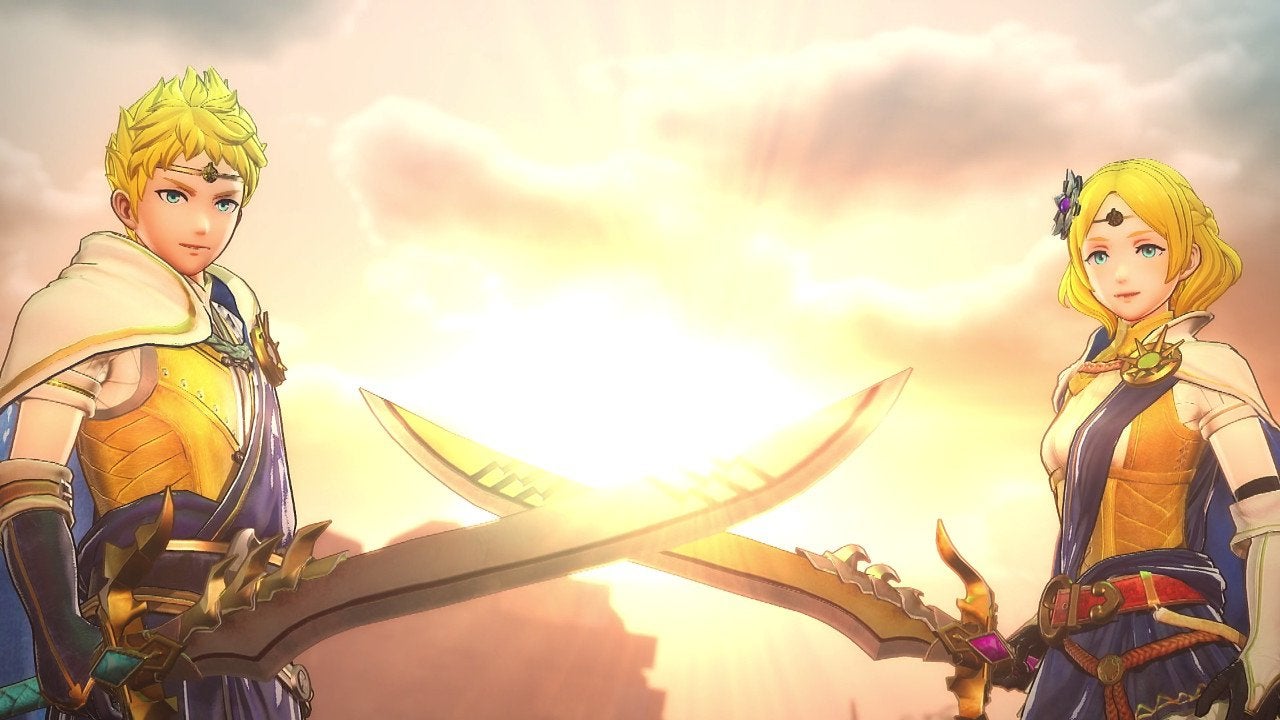 Combat is flashy and fun, managing troops rules, good use of the weapon triangle. It feels heroic.

Some of the systems are watered down, support conversations are limited, the endgame is grindy.

14 hours to finish the campaign, another 7 hours in history mode.

The story focuses on the kingdom of Aytolis. After a surge of magical portals draws in a host of monsters, the kingdom falls. It is up to Princess Lianna and Prince Rowan to rally troops to defeat the horde and restore their nation.

Luckily, the portals have drawn in heroes from various Fire Emblem titles (chiefly Awakening, Fates, and Shadow Dragon) who join them on their quest.

It’s pure fanservice where popular characters team up to hack and slash their way through untold enemies in a simple but exciting story of good versus evil that lends itself well to the musou genre’s bombast.

While most of a player’s time is spent running around the battlefield, beating bosses and capturing forts, a surprisingly large amount of time is also devoted to micromanaging allies. At any time, it is possible to pause the game and give orders to your heroes.

This can include attacking key targets, falling back to guard your base, and partnering two units to form a more powerful pair.

Fire Emblem Warriors is a game about controlling chaos and eeking out some semblance of order on the battlefield. Player can choose to simply run around and handle all of that with their own hands, but delegating tasks and coordinating assaults elevates the game from a mere beat ’em up into something more complicated.

The game uses important tactical elements from the Fire Emblem series, in particular the weapon triangle. It is a rock, paper, scissors-esque state of affairs where swords are most effective against axes, axe beat spears, and spears defeat swords.

Other weapons have their own bonuses: bows can easily dispatch flying units, while magic tomes obliterate armoured units. As the game progresses, it becomes increasingly important to diversify your troops and level up a roster that utilises these various weapons.

Brute force can work, but it is slow and ill-advised. Instead, players will benefit from focusing on smart team composition and moment to moment tactical management. It can be confusing at first but is worthwhile.

Combat is a mix of issuing orders and dynamically switching between troops in response to new threats. Fire Emblem Warriors finds itself in that frenzy.

Fire Emblem Warriors doesn’t do a good job recreating the strategy series’ character progression model. As characters battle, they gain boosts to stats that help them perform better. These stat boosts don’t feel like they have an impact on gameplay.

Fire Emblem games put a strong emphasis on levelling troops and changing their classes into more advanced roles. Warriors retains character classes and upgrades but they system is skimpy/more stripped down. At a certain level, characters can use Master Seals, found on battlefields, to ascend to a prestige class. An Archer might become the more dangerous “Sniper,” while a Lord becomes a “Great Lord”.

The main series often gave players the chance to proceed down a branching tree of classes but Warriors‘ options are a one way street that offer a stat boost and nothing else.

Additional combos can be unlocked through materials dropped from enemies but it mostly means adding one more button press to your mashing. There’s not much depth here.

Character relationships also get pushed to the sidelines. While characters do gain small bonuses from performing cooperative actions such as teaming up to defeat enemy officers, the benefits are largely practical and rarely adds any additional story scenes. Pairing units together mostly means better stats or the ability to use special attacks more often.

Players used to watching character relationship scenes for each new rank of friendship will be disappointed to find the game only offers one scene per pair once their relationship reaches the maximum level.

The focus is on fighting; little time is spent helping players understand the value of what, if anything, they are fighting for.

Warriors also falls short in emulating the main series’ permadeath mechanics. Traditionally, units defeated in Fire Emblem games die and are removed from use. While the game does offer a “classic” mode where lost units are made unavailable for future missions, characters are only injured and still participate in story sequences.

They can also be healed in between deployments, although it requires a large amount resources. This half-baked version of the series’ most crucial mechanic undercuts the urgency of battles and robs the experience of intensity.

While it is costly to lose valuable heroes, that loss lacks narrative weight and further diminishes the game’s emotional content. Where the main series tasked players with protecting units in order to expand the narrative, Warriors asks players only do so out of raw pragmatism. While the game fails to capture some of the more crucial gameplay systems of the source material, it does affectionately revisit and reexamine it. The game’s story mode, which lasts around 14 hours, is a celebratory experience full of fan favourite characters and sweeping melodrama.

A secondary “History Mode” tosses players into various scenarios such at the final battle of Fire Emblem Awakening or castle sieges from Blazing Sword. The maps often have special objectives that require tackling certain enemies. By completing side missions, players slowly progress through the map’s story to recreate iconic battles.

History Mode never quite matches the source material’s tactical depth but it does provide a robust series of challenges that demand a lot of focus and management.

Fire Emblem Warriors lacks charm but compensates with spectacle. Battles are hectic and demand more concentration than other musou games. It never completely reconciles Fire Emblem‘s tactical sensibilities and the Warriors‘ series raw chaos but what does manages to coalesce is captivating.

The Fire Emblem series draws strength from tales of heroism: princes facing deadly dragons, farm boys rising to lead nations, armies staring down evil in spite of stacked odds. Fire Emblem Warriors might not capture the gameplay of the source material but it captures a sentiment. There is a special pleasure is watching your character charge headfirst into battles, repelling packs of monsters and dispelling the magic of dark sorcerers.

Fire Emblem Warriors is a digital storybook, a collection of grandiose scenes of bravery executed with earnest pageantry. Its exaggerated action ultimately outshine any weaknesses, crafting an experience so audaciously flamboyant that each battle feels fresh even if you’re mostly just smashing the same buttons again and again.