Fortnite Is Down [Update: It’s Back!] 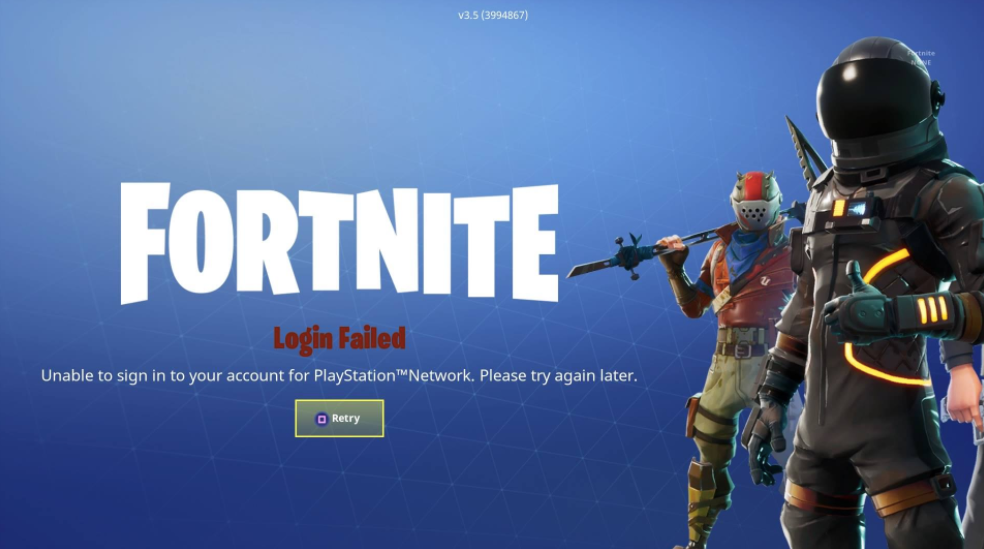 If you tried to log into Fortnite yesterday and couldn’t get past the start screen, you aren’t alone. The wildly popular battle royale game has had server issues for over a day now.

Yesterday morning, Epic, the developer, announced that Fortnite was having login issues. A few hours later, the game came down:

We're bringing the servers offline for emergency maintenance. We apologize for this inconvenience. We currently have no ETA on when servers will be back up. Stay updated with our status page here: https://t.co/3y0X6buriO

As of this morning, the game is still not functioning, as Epic says it is still trying to deploy upgrades to its database systems. A representative from Epic told Kotaku that Epic is still working on getting the servers back up.

Epic says the game should come back to normal over the next few hours, but players on PS4 may have a longer wait time, unfortunately.

Services should begin to recover over the next couple of hours. Due to issues with our account system, players on PS4 will be unable to login for an additional period of time. We’re sorry for the extended downtime. We’ll update you in an hour.

Yesterday morning Fortnite served login queues, though I waited for four minutes only to be given another “login failed”. Later, the game put me in an extremely long two hour and 30 minute queue.

We’re sorry for the ongoing extended instability. We had a critical failure with one of our account service databases. As a result, our login and matchmaking systems are unstable. Our team has been working through the night on fixes in order to bring the game fully back up. Right now we don’t know how long it will take, but we will update you hourly.

Thanks for your patience while we work to resolve these issues.

Elsewhere, the game has been offline for long enough that players are starting to get ansty:

Lastly… GIF comment how you feel about it all.

Others are simply trying something new in the meantime:

Morning buddies. Fortnite is still down so thinking of trying out a new BR game in @Radical_Heights

Looks super fun! You guys down? Or you just want FIFA?