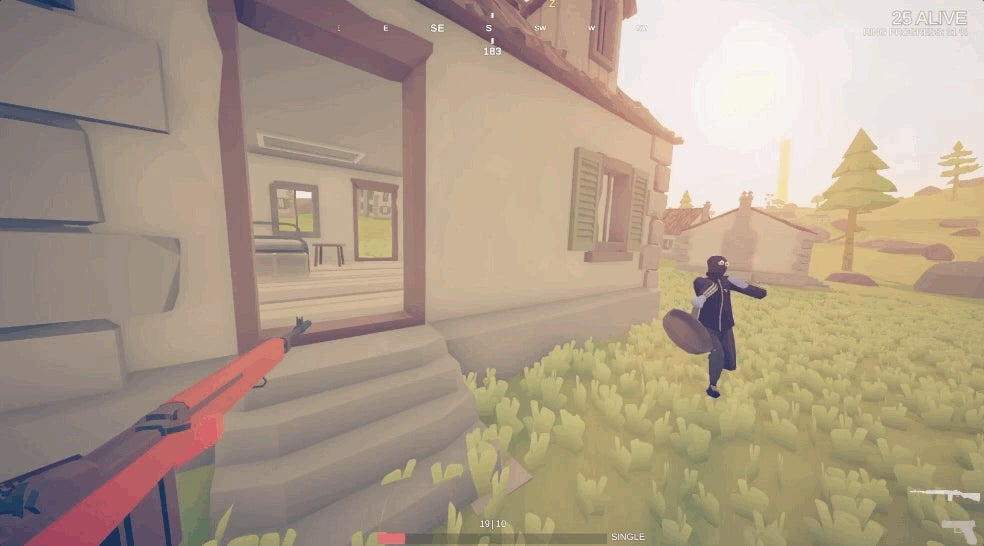 Battle Royale games are a dime a dozen these days, each with unique tones and degrees of seriousness. Totally Accurate Battlegrounds offers the silliest take yet, with floppy-armed noodle people and deliberately glitchy gunplay taking the experience to absurd heights.

Totally Accurate Battlegrounds released yesterday on PC, allowing players to drop into a world of bounding, wobbly freakos and chunky, low-poly gun battles. Developed by Landfall, the studio behind such wacky games as Clustertruck and Totally Accurate Battle Simulator, the game feels like both a satire of and genuine homage to the battle royale genre.

The early parts of rounds are madcap rushes of wacky, wavy-arm-flailing players who scramble for weapons or just flat-out slapfight each other to death. Meanwhile, like any good battle royale, the mood gets tense when it comes down to the final handful of players.

Characters in Totally Accurate Battlegrounds slip and slide around for hilarious fistfights, but that shakiness also means that gun battles are equally haphazard. It's silly, but it also manages to make each new encounter feel surprising and high-stakes. 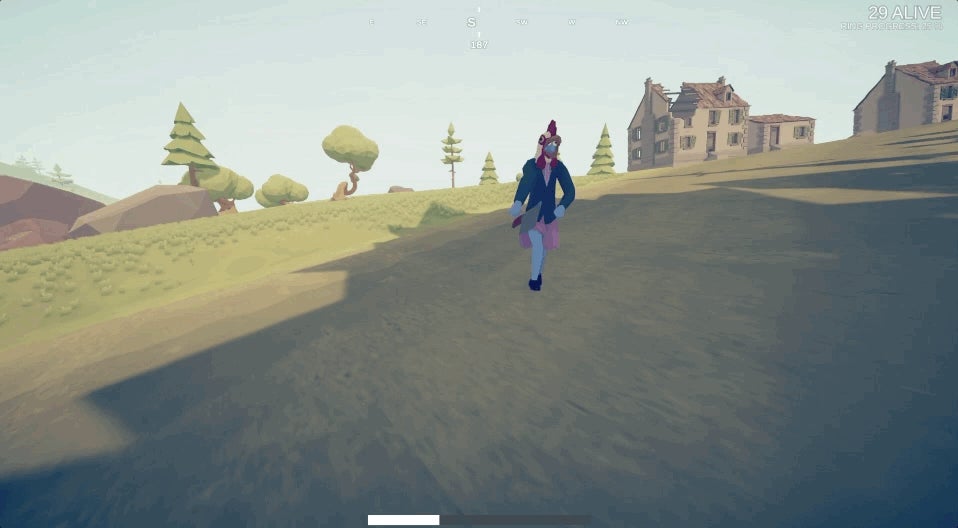 It's hard to critique a game built around the idea of being the messiest, strangest battle royale out there. But Totally Accurate Battlegrounds needs a few fixes that would only enhance its hilarity.

The servers are inconsistent at the moment, and while that might be true to the PlayerUnknown's Battlegrounds experience, it can make it hard to join matches and actually engage in the silliness.

There's also a low drop rate for weapons. If you don't find something within the first couple of minutes of a match, you'll have very little for the endgame. It can feel frustrating to run around for a match and find nothing to defend yourself with. Everybody should have a fighting chance.

Totally Accurate Battlegrounds doesn't pretend to be a hardcore competitor in the battle royale scene. It's an excuse to unwind for 20 minutes and scurry about like Kermit the Frog with a machine gun. If that sounds like a good time, players who pick it up within 100 hours of release get to keep it for free.