kotaku corenintendo 3dsnintendo switchsuper mario 3d worldtoad
To sign up for our daily newsletter covering the latest news, features and reviews, head HERE. For a running feed of all our stories, follow us on Twitter HERE. Or you can bookmark the Kotaku Australia homepage to visit whenever you need a news fix.

It’s a worn-out cliche these days to say that a game is “perfect for the Switch,” but that really does apply to Captain Toad: Treasure Tracker, which will become the latest Wii U transplant to arrive on the Switch this week.

I admit that I didn’t think that Captain Toad, originally released in 2014, was a strong candidate for a Switch port.

It was a clever puzzle game based on the side quests from Super Mario 3D World in which the jumping-deficient Captain had to navigate rotating, cubic worlds to find treasure and escape with all his spores intact. The original game could be completed in a few hours’ time and didn’t make that much of a splash on release.

A bigger obstacle on the road to Switchville was that the levels featured lots of tightly-woven integration with the GamePad, which was required for play. To my surprise, Nintendo redesigned or removed those elements in order to get Captain Toad off the Wii U.

What Nintendo’s done here doesn’t change the fundamentals of the Captain Toad experience, but it does bring welcome changes and additions that make this the definitive edition. 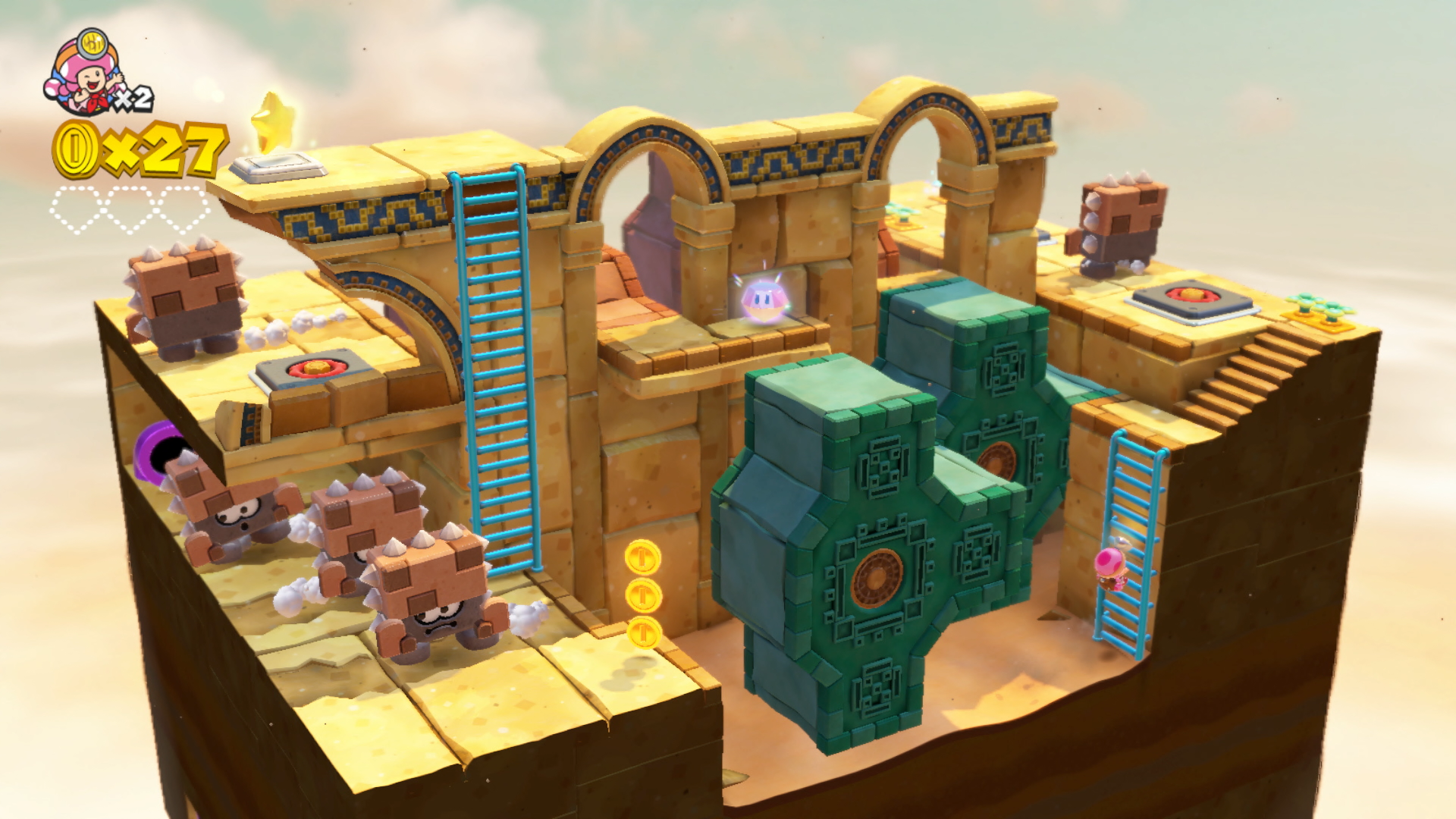 Other than that, Captain Toad on Switch is pretty much identical to the Wii U experience. (There’s also a version for 3DS coming out on Friday, but I wasn’t able to try that prior to release.)

If you’ve never played Captain Toad before, be aware that it is a fairly short and simple few hours of gameplay, which the game pads out by making you play the same levels a few times over to get all of the optional collectibles and to solve a secret objective that you probably won’t hit your first time through.

It is, nevertheless, a unique and fun gameplay concept with many clever ideas.

If you already played the first one, there’s not that much new content here for you. If you’re a big enough Captain Toad die-hard that you’re considering double-dipping just to see the four new levels, just be aware that you’ve got to play through the whole game again just to see them, and not that much really changes besides not having to spit all over your GamePad anymore.