nintendo switchsquare enixswitchthe world ends with youthe world ends with you: the final remix
To sign up for our daily newsletter covering the latest news, features and reviews, head HERE. For a running feed of all our stories, follow us on Twitter HERE. Or you can bookmark the Kotaku Australia homepage to visit whenever you need a news fix.

After learning that The World Ends With You was going to have an official Italian translation, the person who made a well-known Italian fan translation tuned in to a stream to check out how they handled the translation problems he struggled with. While watching, he started to notice that it looked familiar. Much of it looked identical to his own work.

Francesco, who also goes by Mewster online, is a 25-year-old game developer in Italy. He told Kotaku over Discord private messages that he started translating The World Ends With You when he was 16.

“I decided to approach it only because I really loved The World Ends With You and I wanted to keep ‘living in its world’, and in the same time, do something to let others who couldn’t understand its language play this game,” he said. “I found out that I liked translation, and being able to change a word and see the edit ‘in real time’ on the final game was really satisfying.”

Although Francesco worked on two other fan translations, The World Ends With You was the only project where he worked solo on the majority of it. His partner in the project, who goes by Mentz, worked largely on the cutscenes, and Francesco did everything else.

Francesco said that he was eager to check out the Switch port of The World Ends With You, which would have an official Italian translation, and tuned in to the first streamer he could find streaming the game in Italian.

It didn’t take him long to recognise what he says are undeniable similarities to his own work. Francesco said that some phrases were cleaned up and translated in a different way, but he recognised the majority of the work as identical to his own translations, right down to where the Switch port version had placed line breaks in the word balloons. 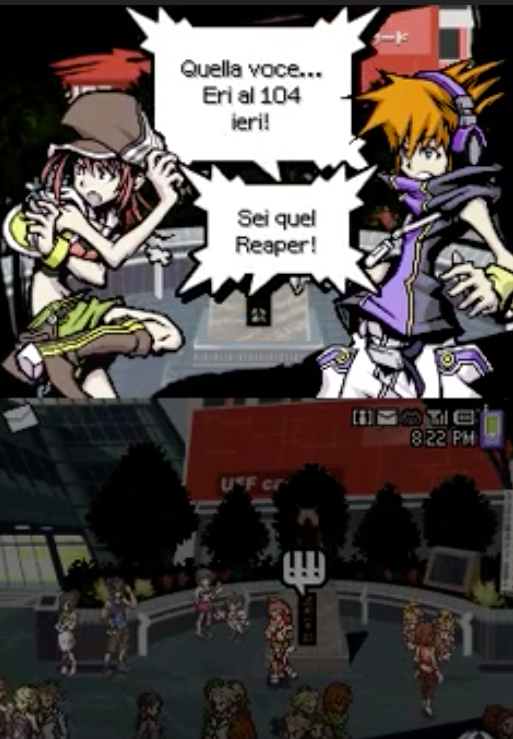 Francesco said that some phrases such as “Reaper” he kept in English in his translation. 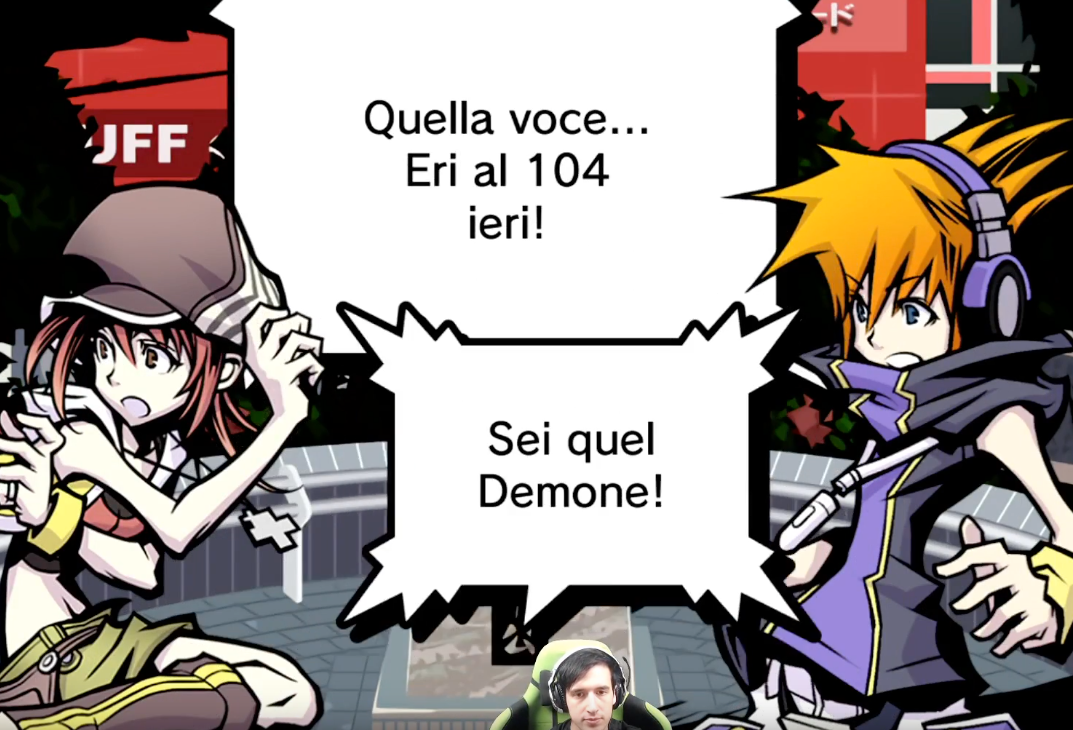 While they’ve been translated to Italian in the Switch port, the dialogue remains otherwise the same. 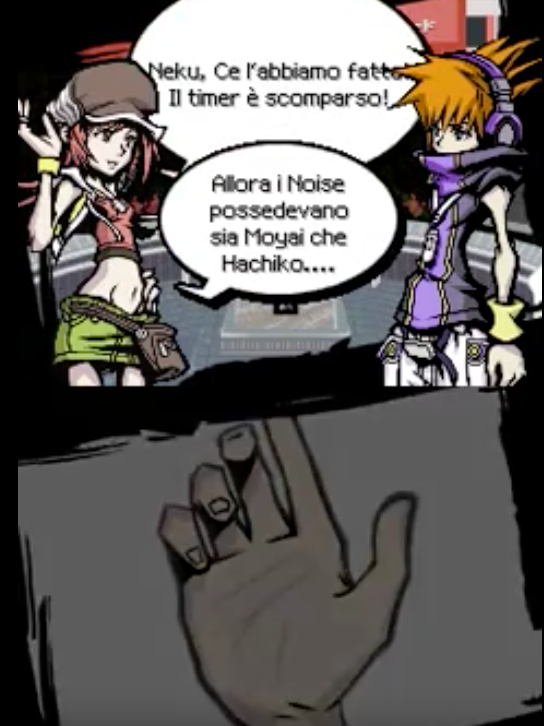 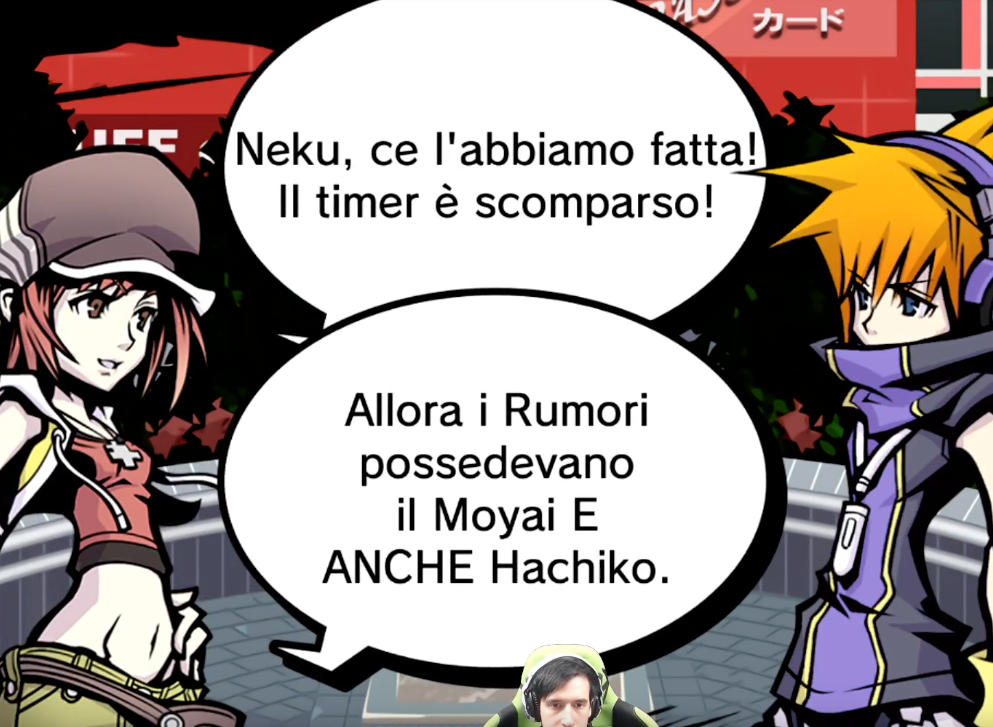 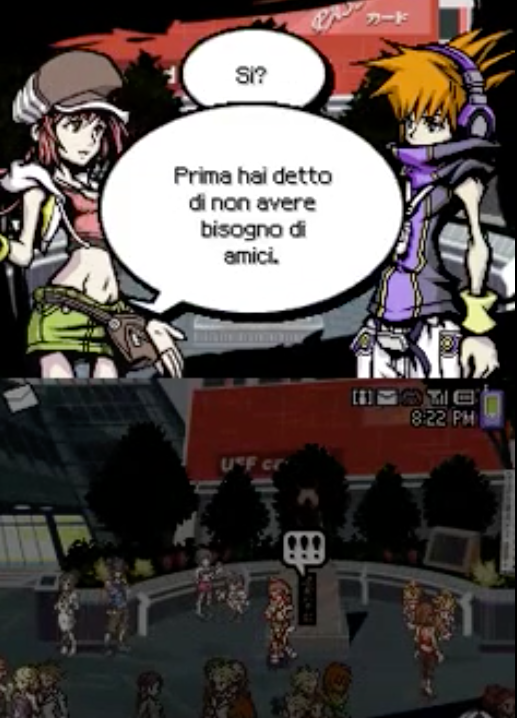 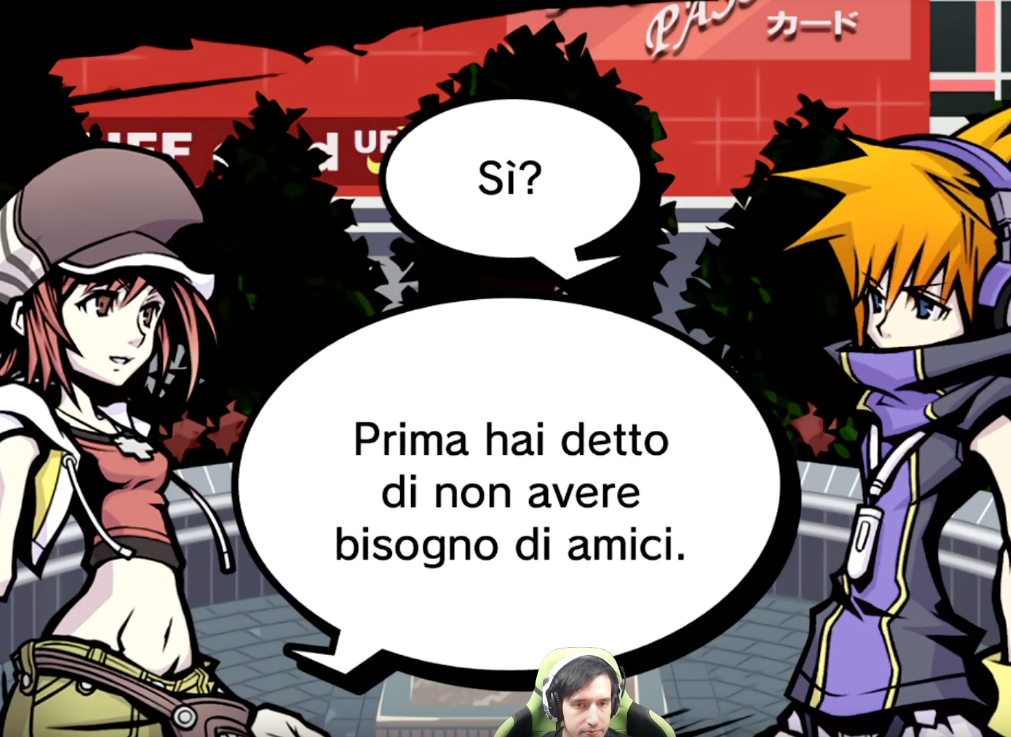 Although Francesco hasn’t seen the whole game, he said that “according to what I had seen I could say that 90% was a possible estimate” in terms of how much of his work he believes they used.

Kotaku reached out to Square-Enix for comment but had not received a reply at time of writing.

Francesco said that he isn’t looking for compensation. He knows that fan translation exists in a legal grey area. “Now I’m only amused to discover I worked (unknowingly) for the game I loved,” he said. “This is something I probably will add to my CV, and I’m not interested in making someone pay for something I made so many years ago.”

In a best case scenario, Francesco said that he’d get an acknowledgement from Square-Enix that they used the fan translation he worked on. “The best I could hope for is an official acknowledgement of what happened, but I’m happy just in seeing my translation in the official game,” he said. “I hope it will remain in the game after all. It means they liked 90% of my translation.”