Now that everyone's had a chance to get their camps in order, I'd love to know how you're all finding Red Dead Redemption 2.

Most of my experience so far has been absorbing all of the work from our US partners - you don't get avoid spoilers, sadly - and what I've witnessed Tegan playthrough so far. Being out of town for PAX and Blizzcon means I haven't had a PS4 or Xbox with me, although fortunately there's been plenty of ways to catch up.

The vastness of Red Dead Redemption 2’s world has less to do with the size of its map and more about the zoomed in minute details littered throughout the world. They all add up to something that bugs me out and almost makes me forget that I’m playing a video game. 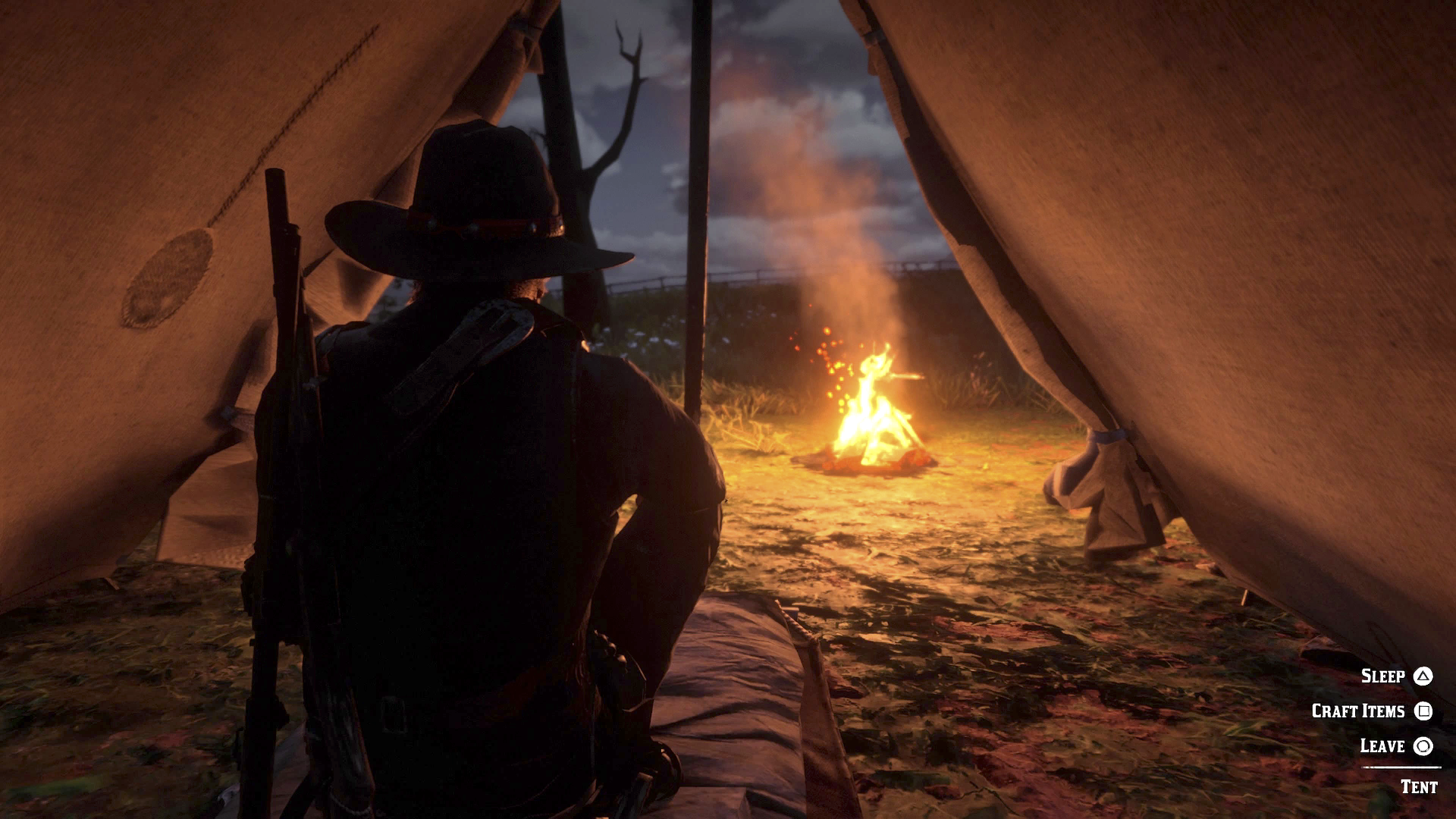 Assassin’s Creed Odyssey and Red Dead Redemption 2 are both big open-world games, and they both came out in October of 2018. Both involve a hero on a horse riding around and murdering lots of people. The similarities end there. I'm about to go away for a week, holidaying far from my PS4. I've been trying to use the last few days to get the most out of the early copy of Red Dead Redemption 2. I think I'm doing it "wrong," but having a great time along the way.

I've heard a few people muse already that RDR2 is a little like Tarantino's movies after Sally Menke's passing. The verve and flourish is there in spades, but it's not as tight an experience as maybe it should be. Watching Tegan play, I've seen various bits and pieces that make me wonder whether some more concessions to gameplay - animation transitions, for example - might have been worth it.

But sometimes you can't make something too "gamey" lest you break immersion. It's a tricky balance. One thing that really needs an overhaul, however, is that bloody item select menu. Surely, surely there has to be a more intuitive way to design that. I can just see so many people selecting the wrong thing because they let go of the bumper at the wrong time.

That's the smallest of nitpicks, however, and just from some simple observation. You've played a hell of a lot more than me, so I want to know. How have you found Rockstar's latest trip through the Wild West? Does it deserve the praise? How's the pacing? And what'd you think of the story?