Hurk Has Become The Mascot Of Far Cry

I remember the first time I encountered Hurk in a Far Cry game. It was his very first appearance in the series, in Far Cry 3 as part of a downloadable mission pack called Monkey Business. I remember thinking “This guy seems annoying. I can’t take any more of him.” Seven years later and he is still around and still popping up in every game.

Kotaku’s own Heather Alexandra had this to say about Hurk in her Far Cry New Dawn review:

I hate Hurk. I hate his fucking guts. He started as a joke character… and has been featured in all games since, including a baffling presence as ‘Urki’ in Far Cry Primal. Nothing he says is funny, every moment with him makes me want to choke on a pretzel.

Harsh, but fair. Hurk really isn’t enjoyable to be around. The idea of Hurk though, I like. The idea of a fun and exciting character who is all about big action packed missions is a solid idea. But the execution of Hurk is just the worst. Part of the problem is that since his appearance he hasn’t really changed. He still says the same sort of shit, still is written as an annoying arsehole and still gets stuck with jokes that aren’t very funny.

A great example of this is found in Far Cry 5. Hurk has started a monkey cult, a reference to the cult found in Far Cry 5. The problem is that this bit isn’t really funny and gets constantly referenced and driven into the ground. That sort of sums up Hurk. He’s a joke of character that has been beaten to death over and over.

And yet…I weirdly enjoy his appearances. Don’t get me wrong, I hate Hurk’s dialogue, attitude and general behaviour. But he has almost turned into the Far Cry franchise’s Stan Lee. This cameo that you know is coming and keep an eye out for. However, unlike Stan Lee’s cameos, which were short and hilarious, Hurk’s appearance always drag and never really make me laugh.

I can’t help but appreciate the dedication Ubisoft has to the Hurk joke, even going so far as to include him in the Mars DLC from Far Cry 5. While he doesn’t appear in Far Cry Primal, one of his ancestors does. The lengths Ubisoft is willing to go to include Hurk in Far Cry games is astonishing. This much work for such a bad character. 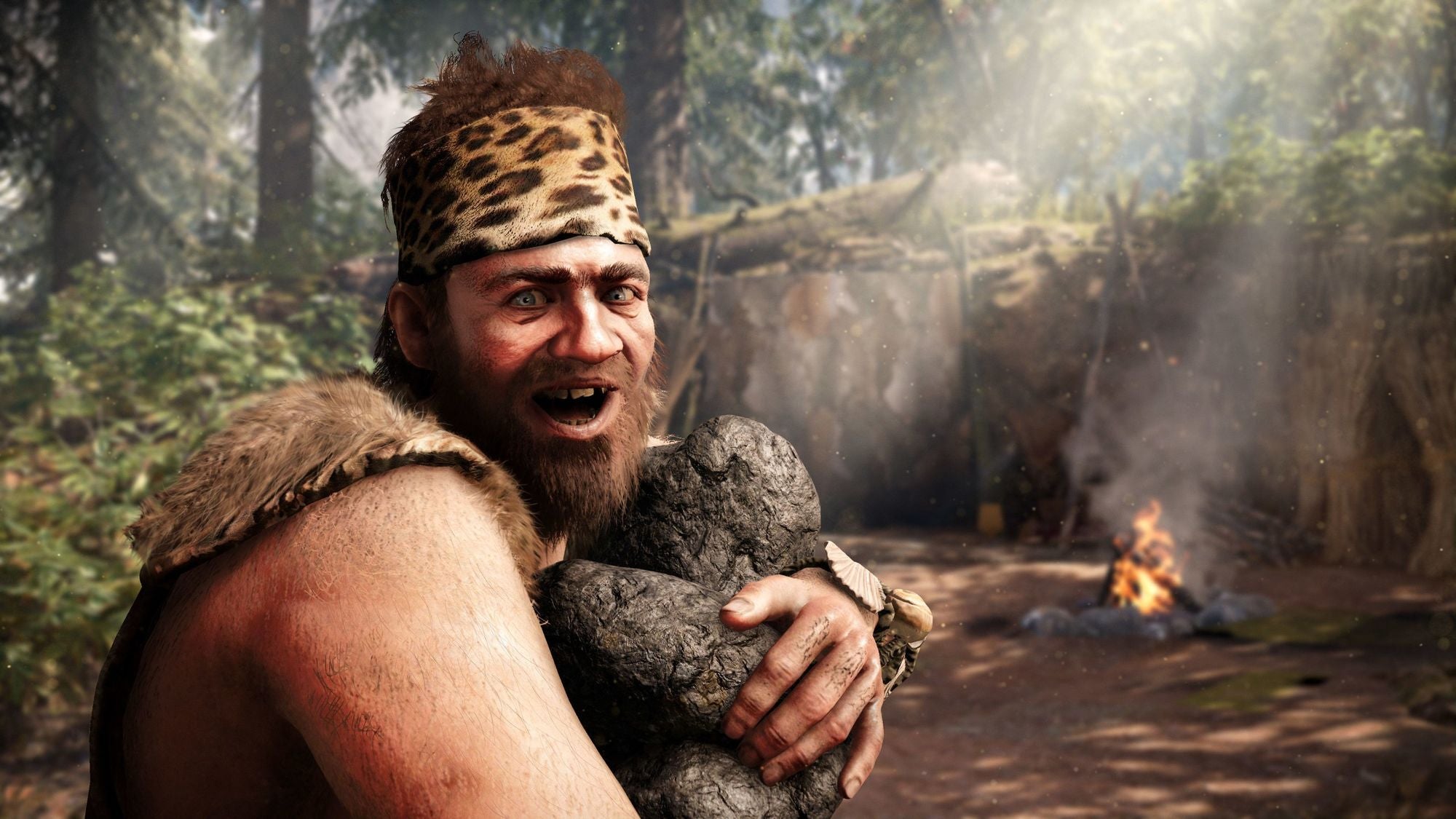 I hate sounding so negative about Hurk. I actually want to like Hurk. I love the idea of all the Far Cry games being connected in this weird action-movie-like-universe. I enjoy Willis Huntley, the CIA agent who appears in many Far Cry games. I really want to enjoy hanging out with Hurk, but he’s just so unfunny and annoying.

Hurk’s voice actor, seems to be a good guy. He interacts often with fans on Twitter and even records Hurks lines bare chested. I’m not sure why, but hey, he’s certainly not phoning it in. Which is another frustrating aspect of Hurk. The voice acting is great. It feels like a waste to have someone this talented saying of some of Hurk’s dialogue.

In the booth for #FarCry4 when I saw ur tweet. Fact: Hurk lines are recorded #nude #smoking @FarCrygame @melanieL290 pic.twitter.com/uc9FSScRga

The community reaction is mixed on Hurk. Checking Reddit and Twitter you can find plenty of fans who love him and folks sharing favourite Hurk quotes. You can also find people asking for less Hurk. Though I would say overall the internet seems to mostly enjoy Hurk, at least they enjoy him more than Heather or I do. Which is fine. Like I said earlier, I oddly enjoy searching for the Hurk cameo in Far Cry games. I guess I just wish the actual missions and jokes were better and writing less grating.

If you enjoy Hurk, don’t let this article ruin your love of the big idiot. In his less annoying moments Hurk can occasionally make me smirk. There is something to love about a big, dumb buffoon running around making references to Beyonce.

Just maybe don’t put him in every Far Cry game. Who knows, if he doesn’t appear in Far Cry 6 I might actually miss Hurk.