There are plenty of fun things you can’t really do when pregnant: waterslides, alcohol, trampolines, staying up past 10pm. You’d think that video games would be a totally unaffected pursuit, but as I’ve discovered, even cherished sofa-time is not safe.

The first time I found out I was expecting a baby, for instance, I was about halfway through Bloodborne, FromSoftware’s luxuriously violent eldritch horror masterpiece, and I was loving it. Unfortunately it turns out that Bloodborne is a HORRIBLE game to play when pregnant.

Its elegantly distressing plot, if you care to examine the lore for it, revolves largely around monstrous births, infanticide and stillborn babies. But it wasn’t until I entered the Nightmare of Mensis, a terrifying area pleasantly soundtracked by a wailing infant that culminates in a boss battle with something called Mergo’s Wet Nurse, that I officially threw in the towel.

The baby’s cries cease abruptly once you defeat this boss; a few seconds later, Nightmare Slain appears on-screen. So, albeit indirectly, you almost definitely kill a baby in Bloodborne. And you definitely kill a (hideously deformed) baby if you try to hunt down the three pieces of umbilical cord that unlock the hidden ending, as wikis and guides will inform you with incongruous dispassion.

What the hell, FromSoft!?

Years later I still haven’t found the stomach to return to the Nightmare. But though Bloodborne’s themes were an obvious source of discomfort, actually I’d suddenly started to find the stressful, action-heavy nature of the game itself difficult to deal with.

In the same way as you suddenly can’t stand the smell of onions or feel sick at the thought of a favourite food because of the chemicals that pregnancy sets loose in your body, I found that hormones drastically altered my gaming tastes as well. 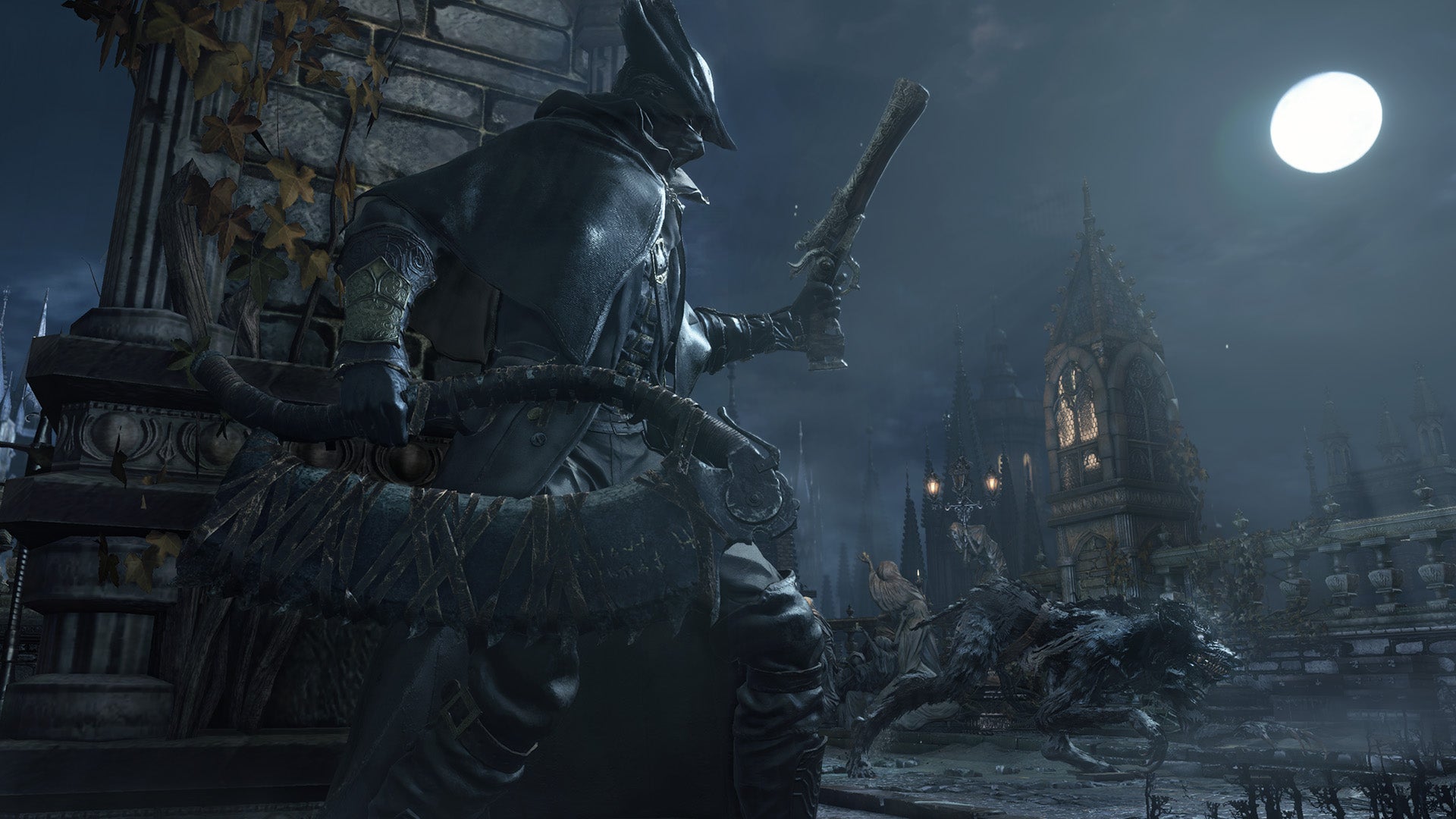 Pregnancy does all sorts of interesting things to your brain chemicals, and indeed your brain in general. As things progress, many women begin to feel quite stupid, forgetting things all the time or feeling oddly placid. For me it feels like being demoted from CEO of my own brain to regional manager: I just had fewer mental resources available to me when I wanted them, as my body presumably redirected my energies towards, I dunno, building the baby’s kidneys.

You’re also flooded with estrogen and progesterone throughout pregnancy, hormones that can alter your moods and subtly change the way you react to things. Relaxin loosens your joints and ligaments. Later, prolactin and oxytocin—fuzzy bonding chemicals that make you feel very high—come into the mix as well.

This potent combination of natural drugs is what makes very pregnant women look in the fridge for their shoes, or burst into tears at a commercial. Perhaps it should be no surprise that they also mess with what games I enjoy.

I’m about halfway through my second pregnancy now and all of a sudden, once again, dopamine and adrenaline are no longer enjoyable brain chemicals for me. Indeed, I now experience them as actively unpleasant, because they send my fight-or-flight response into overdrive. And once again this has annoyingly coincided with a FromSoftware release: I’ve been stuck at Genichiro Ashina in Sekiro for over a month and I’ve totally lost the steely nerves and strong stomach required to take him on. I get sweaty and panicked when I try to play it and end up fumbling vital parries.

This makes sense, if you think about it: my lizard brain, sensing my current physical vulnerability, is feeding me chemicals that keep me out of stressful or high-risk situations and make me want to avoid danger. It isn’t to know that I’m only pretending to be in mortal peril for fun. 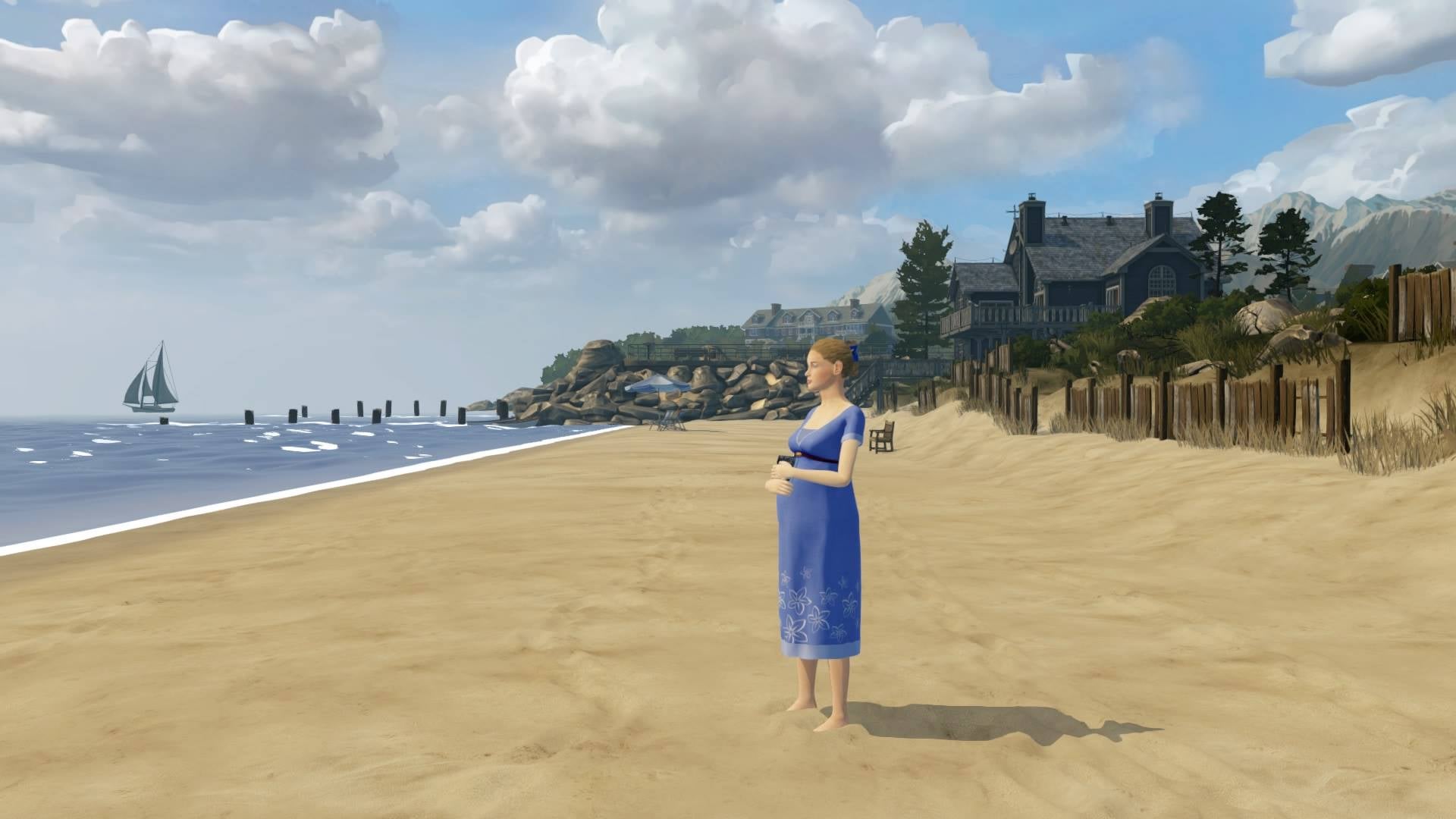 veteran game designer Brie Code would call “tend-and-befriend,” as opposed to fight or flight. Games where you build things, or solve puzzles, where there’s no immediate danger.

I’m suddenly drawn back to The Sims and Stardew Valley, to adventures like Heaven’s Vault, to Dragon Quest Builders and Minecraft (good lord, have you SEEN how much Minecraft has changed in the past few years? I barely recognise it.) I’m pootling around the universe with a friend in the newest version of No Man’s Sky. Chill things, in summary. If anybody has any more recommendations to get me through the next four months—especially shiny new recent ones—I’d be delighted to receive ‘em.

By the way: I’m currently working on a podcast for gamer parents called Spawnpoint. More info here, if that sounds like your kind of thing.