Killing Rage 2’s Enemies Is As Satisfying As Popping Pimples

I know something about you that you probably won’t even admit to yourself, a fundamental human truth as undeniable as breathing: You like popping pimples. Slowly applying pressure until those tiny face volcanoes erupt into a gooey spew is one of life’s small pleasures. It is gross, yes, but so are a great many enjoyable things. Rage 2, for example.

I’ve played a few hours of Rage 2 at this point, and I largely agree with Gita Jackson’s early assessment: it’s fun, but lacking the sort of over-the-top moments that knock my socks into the stratosphere trailers promised.

Still, I can’t stop coming back to it, because it just feels so darn good to play. But as I transitioned from video game adrenaline mode to pre-sleep anxiety mode while laying in bed last night, it struck me that in other games, I would be vehemently opposed to some of the game’s enemies.

Some of Rage 2‘s early enemies, you see, wear thick armour or hide behind tall shields that you’ve got to chip away at with your assault rifle and pistol (the game’s starter weapons) in the middle of howling-mad bandit melees. This is nothing too crazy in the grand scheme of shooters, but usually, these sorts of baddies annoy me. In Rage 2, I love them. So then I got to thinking about why.

I despise shooter enemies that can be described as “bullet sponges,” especially when a good headshot won’t reliably do them in. It’s one of my biggest video game pet peeves. It doesn’t make enemies more challenging or interesting, just tedious in a way that strains what little credulity first-person shooters have in the first place. I realised, though, that there’s a difference between bullet sponges and what I’ve taken to calling “bullet pimples.” 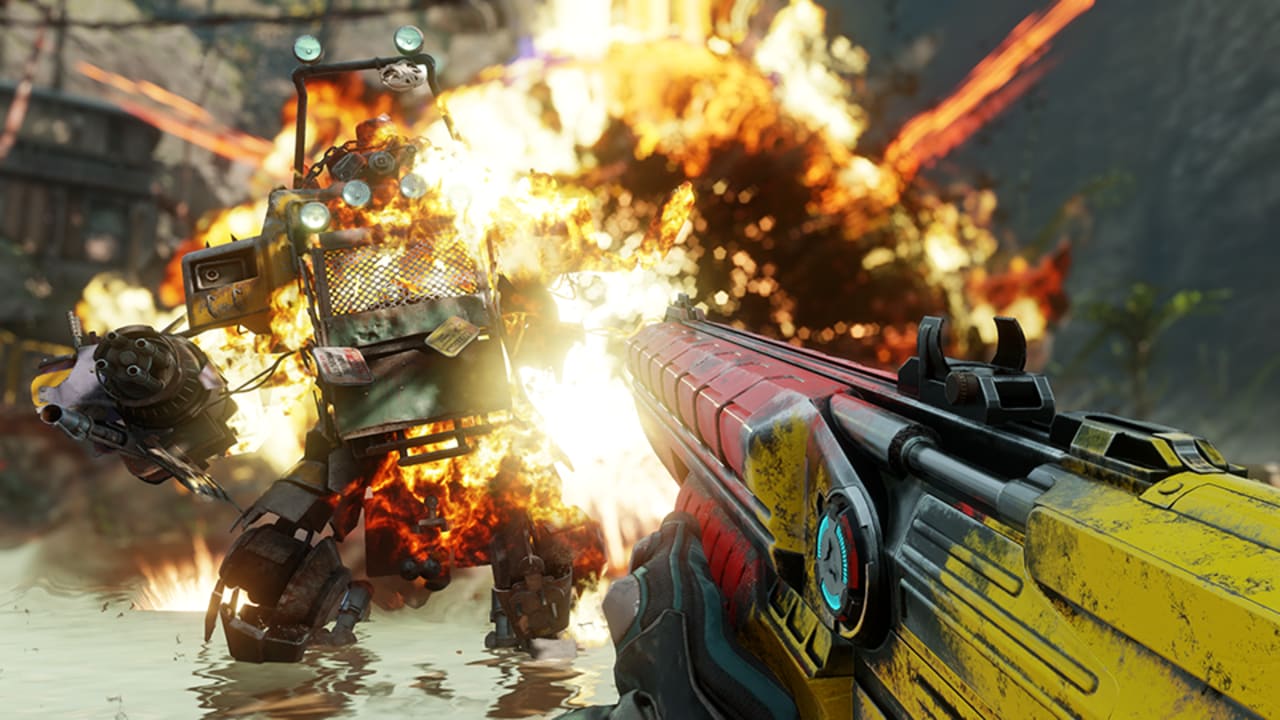 Bullet sponges suck down ammo like your gun is a smoothie straw. Landing single shots on them is not particularly satisfying, either because they barely react, or every shot is a reminder that you’ve still got a long way to go before they get on with their journey to digital hell already.

Uncharted 2‘s enemies were all a little too bullet-spongy, but the hulking purple-blue Shambhala Guardians near the end of the game were the worst of the bunch. They charged at hero Nathan Drake through hailstorms of bullets, repeatedly shrugging off death’s grasping clutches and forcing you to clumsily break cover and flee.

It wasn’t fun, just a cheap, repetitive pattern you had to perform until they died. Gone were the rudimentary tactics of earlier encounters with regular humans, replaced by ugly bullfights against monstrous ape-men who didn’t even need to take cover. Shooting them produced hardly any feedback. A full clip would stun them, sure, but just for a moment.

When they finally went down, their death animation was perfunctory. No interesting reactions or sounds. At the end of these fights, I felt far more relieved than satisfied.

You poke and prod and fixate until you finally pull it off, and — crucially — it’s worth it. The pimple goes pop, and it’s a disgusting little party on your face and fingers.

The bullet pimple is a different animal altogether. In Rage 2, armoured Mad-Max-like bandits, mixed in with more vulnerable enemies, still react to shots with surprise and anger. Each shot you land on them sends shards of charred scrap metal flying.

You might not be doing much damage, but it still feels like you’re doing plenty. A few well-placed shots to the head, and their helmets come off. Or maybe you just drill them with enough shots to the sternum that they compress like they’re going through a junkyard trash compactor.

Or you use your armour-stripping super suit power to send them flying. Regardless, you land a killing blow, and the result is an insanely satisfying squishing sound accompanied by an eruption of unidentifiable body fluids. It’s glorious.

Weaker enemies, too, die with an intoxicating squish after you’ve clamped down on them just right. This is in no way revolutionary, but Rage 2 gets the look, sound, and rhythm of it all just right. I cannot get enough of these screaming, pus-filled pimple people. Even when I’m driving across the wasteland to reach a mission, I get out of my car to fight randos.

I must squish more, more, more. Just before going to bed last night, I found Rage 2‘s shotgun, and given that it’s a perfectly calibrated pimple-person-popping machine—a revelation—it’s a wonder I slept at all. 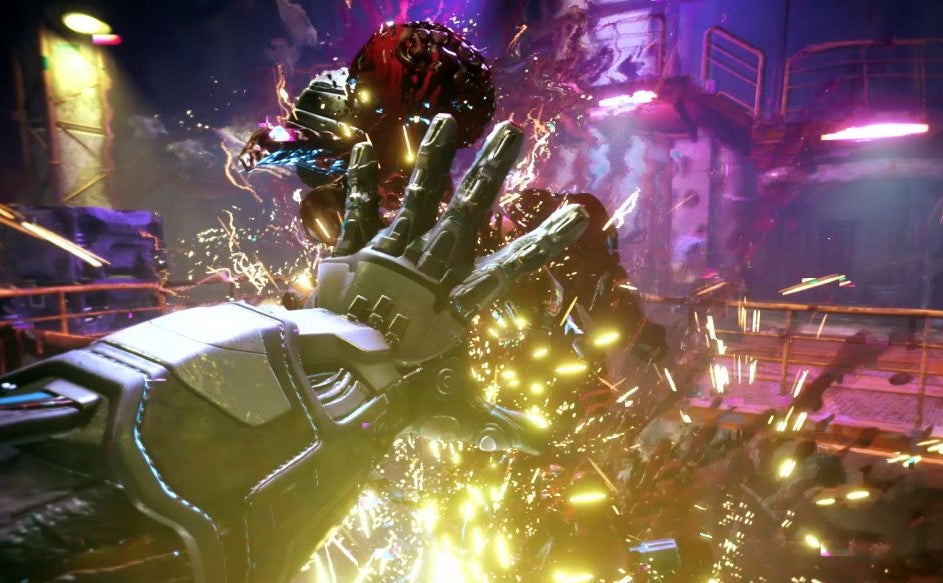 The process of applying consistent pressure to these enemies over time and receiving a triumphant ooze of audiovisual feedback really is hilariously akin to popping a pimple. In both cases, it begins with tension. You identify a pimple, and you squeeze it, but nothing happens.

Instead, the tension just builds and builds. You have to find the right angle, get the right grip, and wait for the right time before you can blow the thing sky high. Maybe it’s not ready to pop yet.

Maybe you’re not good enough. Maybe you have to come back later. You’ve got to do something about it, though. It represents a lack of equilibrium in an otherwise unmarred space. So you poke and prod and fixate until you finally pull it off, and — crucially — it’s worth it. The pimple goes pop, and it’s a disgusting little party on your face and fingers. It is tactile and horrible and wonderful all at once.

The more I’ve thought about it, the more I’ve realised that I’ve always been drawn to shooters that draw on this flow, going all the way back to the original Halo. Yeah, many Halo enemies are shielded and difficult to faze with a burst of regular shots, but when their shield bubbles pop, it’s like you’re the kid at the party who busted open the pinata.

Fortnite takes this analogy literally; everybody’s got Halo-like shields, and when you kill them, they shower colourful loot in all directions. It’s little wonder to me that those are some of the most popular shooters of all time. They’re drawing on something intrinsic, after all: popping pimples owns.