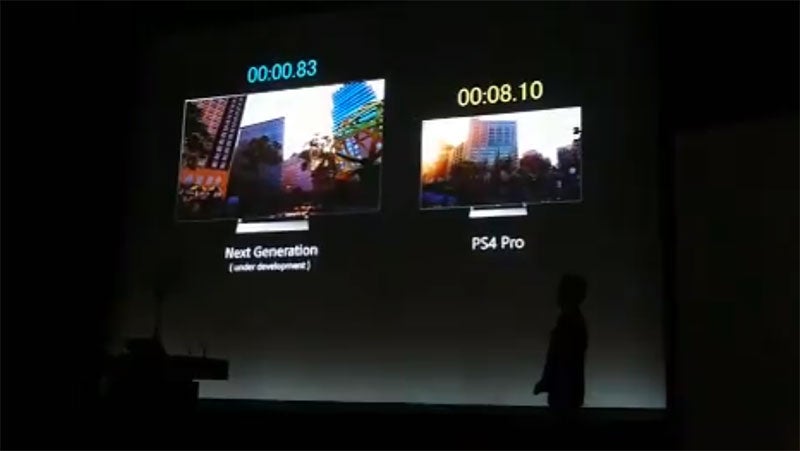 We’re still a while away from getting an official look at Sony’s next PlayStation console, but the company has provided an early glimpse at some of its capabilities today during a meeting in Japan.

The Wall Street Journal’s Takashi Mochizuki is there tweeting about the meeting, and captured this footage showing the same scene being loaded on current PS5 hardware and a PS4 Pro, comparing how long the former takes compared to the latter:

Wow, Sony undercuts Microsoft with the first details on PS5, not coming in 2019 (who could've guessed…). I heard at GDC that one of the big PS5 marketing beats would be "no loading times" which Cerny confirms here. Sounds expensive! https://t.co/SmKtmKRVyg

So yeah, even taking into account how artificial these early looks can be, it looks like “no loading times” is definitely going to be a PS5 thing.