Smash Pro Retires After Admitting To Relationship With Teenage Competitor 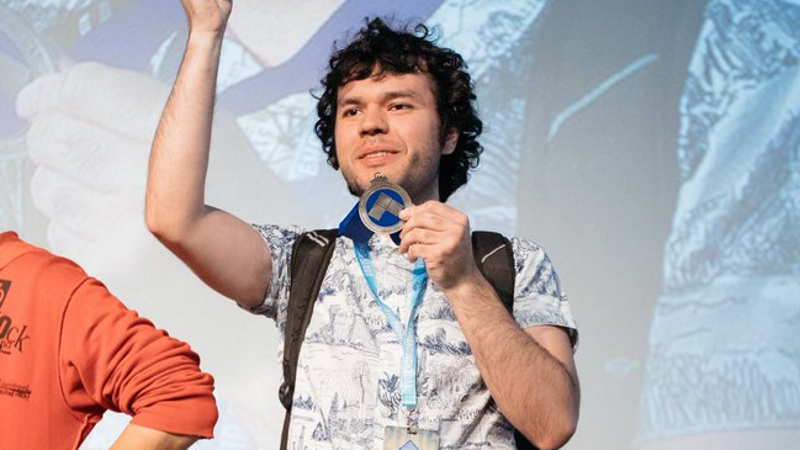 Ally won the <em>Super Smash Bros. for Wii U</em> tournament at Evo 2016 and has had strong showings in <em>Ultimate</em> since its release last year (Photo: <a href="https://twitter.com/redbullesports/status/754436700030443521">Red Bull, Robert Paul</a>)
To sign up for our daily newsletter covering the latest news, features and reviews, head HERE. For a running feed of all our stories, follow us on Twitter HERE. Or you can bookmark the Kotaku Australia homepage to visit whenever you need a news fix.

Elliot “Ally” Carroza-Oyarce is one of the best Super Smash Bros. Ultimate players in the world, but his career came to an apparent end recently when the 28 year old confirmed allegations that he had been involved in a romantic relationship with a much younger fellow pro who may have been 16 at the time.

“Because I feel like it’s the right thing to do, I’m going to retire from Smash,” he tweeted last Wednesday. “Sorry to everyone I disappointed.”

Two days later, a Smash group that functions as an unofficial governing body for the scene called for Carroza-Oyarce’s lifetime ban.

As best anyone can tell, none of this involves actions taken by these top Smash players while playing matches and instead centres on their controversial and, until recently, unconfirmed relationship. Discussion about the pair emerged in March when Tamim “Mistake” Omary, another Smash player, used Twitter to claim Carroza-Oyarce had at one point been in a relationship with Zack “CaptainZack” Lauth, the young Bayonetta main who frequently makes headlines thanks to his in-game skill and outlandish personality.

Omary’s allegations — which have since been deleted — included screenshots from Discord in which Carroza-Oyarce appeared to admit to the relationship, but Carroze-Oyarce would go on to deny the charges altogether.

For his part, Lauth remained mostly silent, only saying that “nothing ever happened” between himself and Carroza-Oyarce when asked publicly if they had slept together.

It’s unclear exactly when the alleged relationship took place, but Lauth was at least 16 years old at the time whereas Carroza-Oyarce was around 27. In Carroza-Oyarce’s home country of Canada, the legal age of consent is 16, whereas Lauth’s home state of Louisiana sets the age of consent at 17.

Despite Lauth’s outright denial that the relationship had become sexual, this discrepancy complicated things, and the Smash community largely moved on due to the lack of further information or corroborating accounts from parties other than Omary.

This changed when, on June 29, Lauth posted a photo from his room at the CEO 2019 tournament in Daytona, Florida. The picture showed a note he had written on hotel stationary. The message on it was short, complete with the date and a timestamp: “Tamim was telling the truth.” Lauth then proceeded to close his Twitter account, but the image survived thanks to a Reddit post that was made shortly afterwards.

Carroza-Oyarce, who was also attending CEO 2019, remained silent until he returned home on July 3, when he released a statement admitting to his relationship with Lauth. “I didn’t do him any wrongs but it was a stupid mistake regardless and I’m sorry for not saying it until now,” Carroza-Oyarce wrote. “I was really scared.” He would go on to disclose his retirement from Smash competition in the same statement.

The community quickly sprang into action. On July 4, PGStats announced that they would be reviewing the possibility of omitting Carroza-Oyarce from their widely-recognised Smash player rankings, where Ally was most recently ranked as the fifth-best player of the Super Smash Bros. for Wii U era.

The group has yet to release its inaugural Ultimate rankings, but due to his strong showings so far, Carroza-Oyarce was expected to place high before this controversy emerged. On July 5, the SSB Code of Conduct Panel revealed they had suggested that tournaments hand Carroza-Oyarce a lifetime ban in the event that he returns to competition in the future.

Like its precursor, the Harassment Task Force, the SSB Code of Conduct Panel holds no real power, but has reached an agreement with Smash majors like The Big House, Shine, and Get On My Level to work together on implementing an established code of conduct across the community. This previously came into play when Ontario-based Super Smash Bros. Melee competitor Vikram “Nightmare” Singh was banned from several tournaments after it came to light that he had been charged with sexual interference against a 16 year old community member.

Lauth has since returned to Twitter, noting that the situation has been “taken care of” and asking the community to “move forward.” Kotaku has contacted every involved party for statements on the matter, but as of publishing none have provided comment.