The First Footage For Evangelion 3.0+1.0 Is Here, And It’s Bonkers 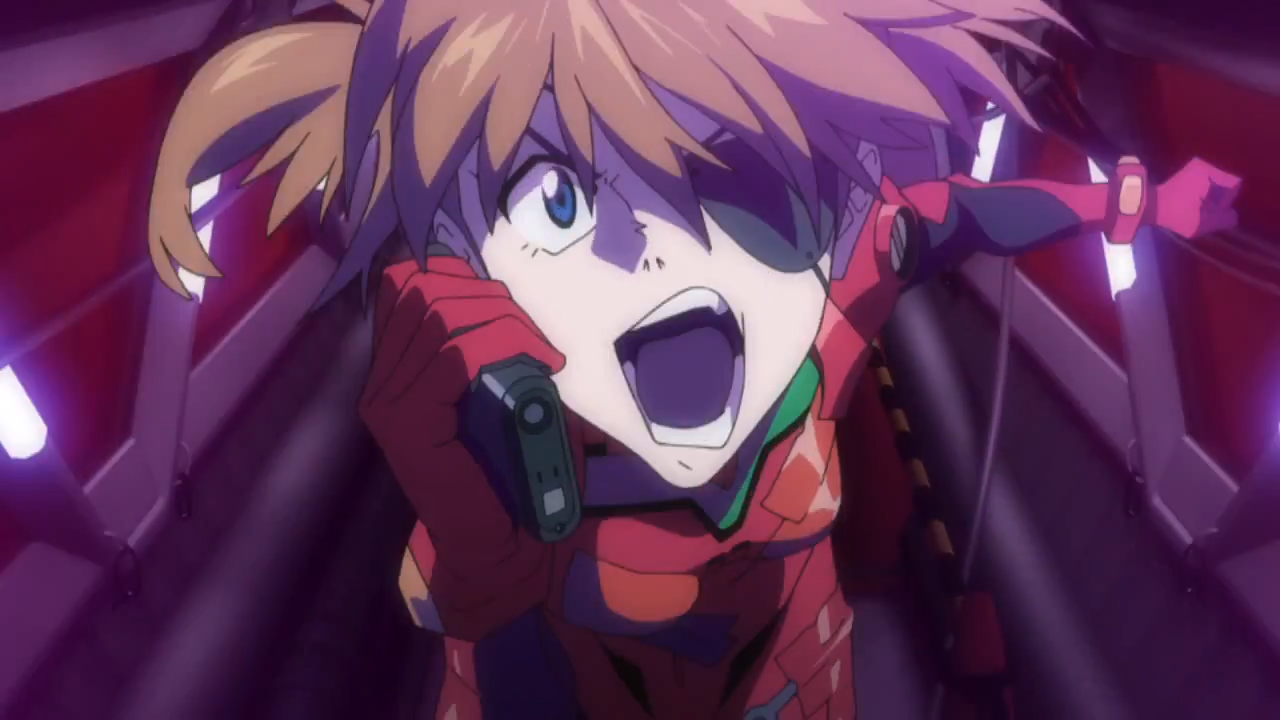 Asuka’s eye patch is my favourite part of these movies. (Image: Studio Khara)
To sign up for our daily newsletter covering the latest news, features and reviews, head HERE. For a running feed of all our stories, follow us on Twitter HERE. Or you can bookmark the Kotaku Australia homepage to visit whenever you need a news fix.

When it rains LCL, it pours.

Just scant weeks after the original series and its attendant films appear on streaming for the first time, The third film came out in 2012, and fans have been waiting for the fourth ever since.)

The fourth film of the series, titled, for now, anyways, Evangelion 3.0+1.0, just debuted its first footage during a special presentation at Japan Expo in Paris.

The footage, featuring the first ten minutes of the movie, was also livestreamed, and let me tell you all, it is bonkers. Featuring Mari, a protagonist new to the Rebuild series, piloting her Eva in the post-apocalyptic ruins of Paris, the opening moments of 3.0+1.0 are full of ridiculous combat, dizzying visuals, and high-speed technobabble that I don’t understand because it’s spoken in Japanese and subtitled in French.

This footage, while stunning, also manages to answer absolutely none of the million questions asked by the previous film, which is disappointing but unsurprising. But on the other hand, there’s some wild stuff with the Eiffel Tower. So who’s to say what’s good or bad.

The footage is viewable online, through an archive of the livestream from Japan Expo. It’s below, the movie footage in particular starting at around the 56 minute and 30 second mark. I’d set the stream to start from that point, but I don’t know how, because the player is in Japanese.

Evangelion 3.0+1.0 is slated for release in 2020, only about five years later than expected.

Update: Here’s a resub of the footage in English (thanks nathanvc!):