Community Review: No Man's Sky Beyond

The galaxy looks a hell of a lot different these days.

It's been an interesting week for No Man's Sky, which has been fascinating to reminisce on given everything that's happened over the last few years. It's gone from a game where Sean Murray was deliberately shielding his team from angry emails to a game where fans have paid for advertising space outside the studio's office to say thank you.

The Beyond update itself is huge. Apart from the graphical change from OpenGL to Vulkan has done wonders for AMD users, but caused a ton of things to break elsewhere (and it's been a right pain in the arse with OBS). That's one of the teething bugs that were still being worked out last week, including some crashes, weird graphical anomalies that appeared whenever you went into photo mode, issues with the new in-game social hub, and more.

But that didn't entirely ruin the experience for me. The new player experience, especially if you're returning from OG NMS, or even the Atlas Rises/NEXT updates, is a complete revelation. It takes basically no time at all to get off the main planet, and the way everything is laid out and explained is vastly improved.

The list of changes is so long, but perhaps the best indication of how far No Man's Sky has come is what happens in the first hour. 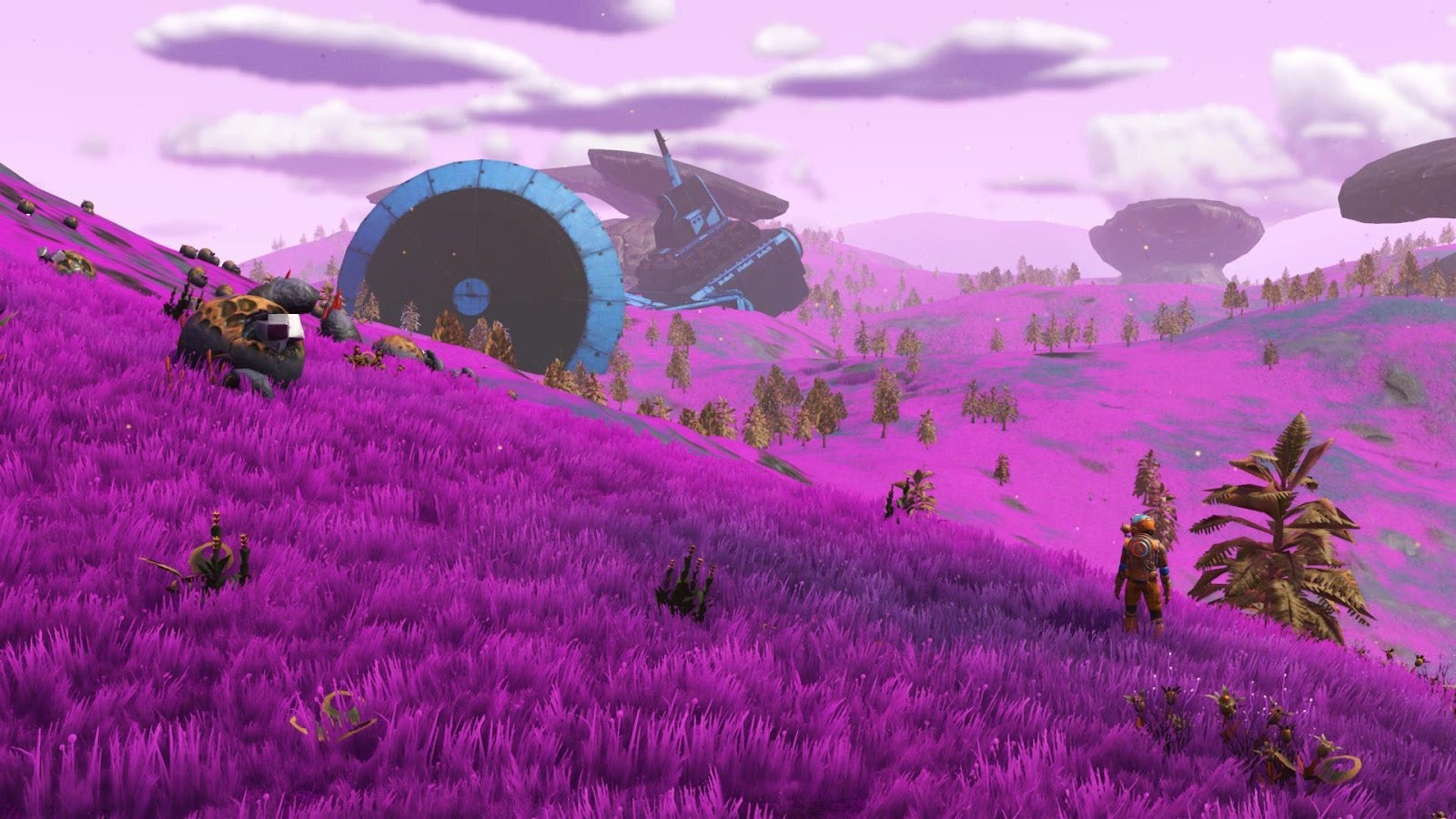 No Man's Sky Players Are Spotting Pink Grass, And They're Thrilled

No Man’s Sky’s massive updates have changed a lot of the game since launch, including planet generation. Somewhere along the way, some bright colours of grass were lost — especially pink grass.

I've had improved performance on my system since launch, mind you, and the general experience of what I've played is definitely more in line with what most people probably imagined a few years ago. It's still a relatively chill solo experience for me, but instead of feeling overwhelmed with the resource grind, it's a matter of processing information overload and balancing the desire to wander versus the need to complete the quests and prompts being thrown at you. Two very different experiences, really.

How have you found Beyond so far?