Can you pick out my top ten games of 2019 from the image above? Of course you can’t, there are only seven games shown there. Want to find out what the other three are, maybe read my justifications for them being on my list? Gonna have to click. That’s how I get you.

I spent a lot of this year playing games no one else on the team had time to play. Thanks to my medical issues I spend a lot of time in a hospital bed, which I’ve managed to outfit with a gaming laptop, several consoles, a monitor, and a capture card, so I am in a unique position to grab smaller, more intimate titles while everyone else is off stranding death or exploring outer worlds. Let’s see what I liked. 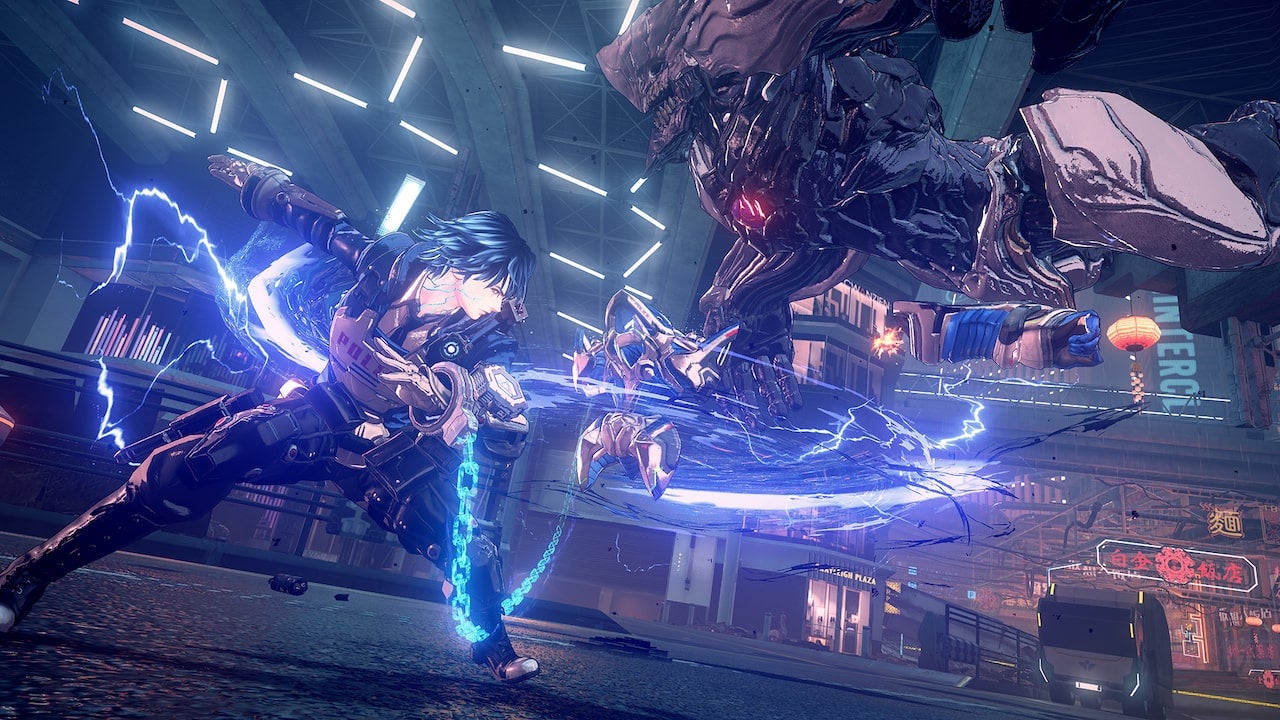 When compiling my list of games I want to put on my annual list, I sometimes like to check out how other critics felt about the games I enjoyed. One of the criticisms I saw for Astral Chain, the Switch exclusive anime apocalypse action-adventure from Platinum Games, was that it was not Nier: Automata, another apocalyptic action-adventure from Platinum Games. It’s a fair complaint. Sleek and stylish and dripping with its own unique personality, Astral Chain is not Nier: Automata. Shit, now that I think about it, none of the games on my list are Nier: Automata. Fuck it, I quit. 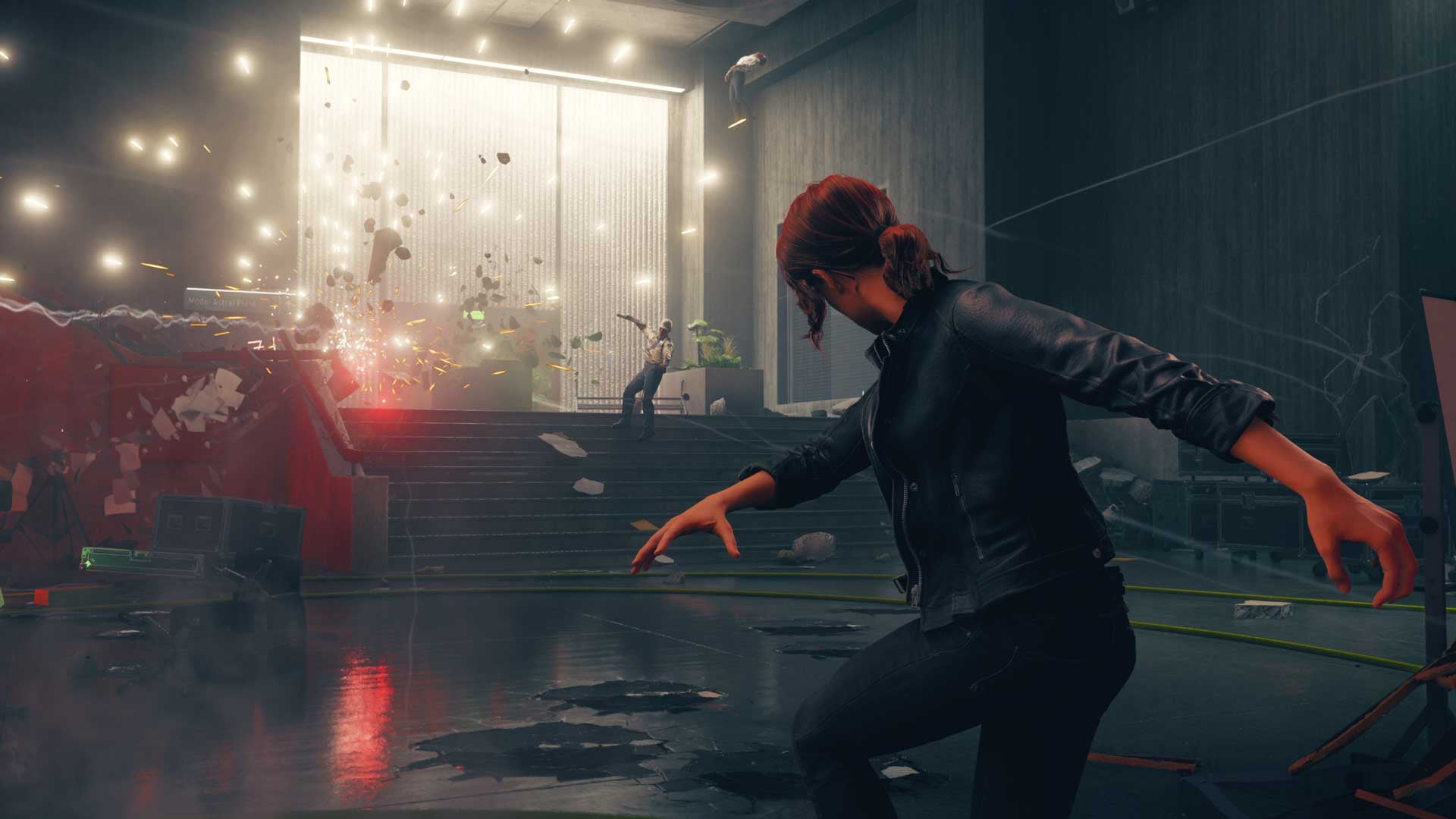 Remedy Entertainment can’t seem to stop making cinematic action games that I fall in love with immediately. Alan Wake was like a playable television show. Quantum Break was a playable television show with an actual television show in the middle of it. While Control lacks the extensive live-action cutscenes and Microsoft Surface and Windows Phone product placement of Quantum Break, the way it plays with reality is much more satisfying. Remedy Entertainment: We make cool people do cool shit in cool places. 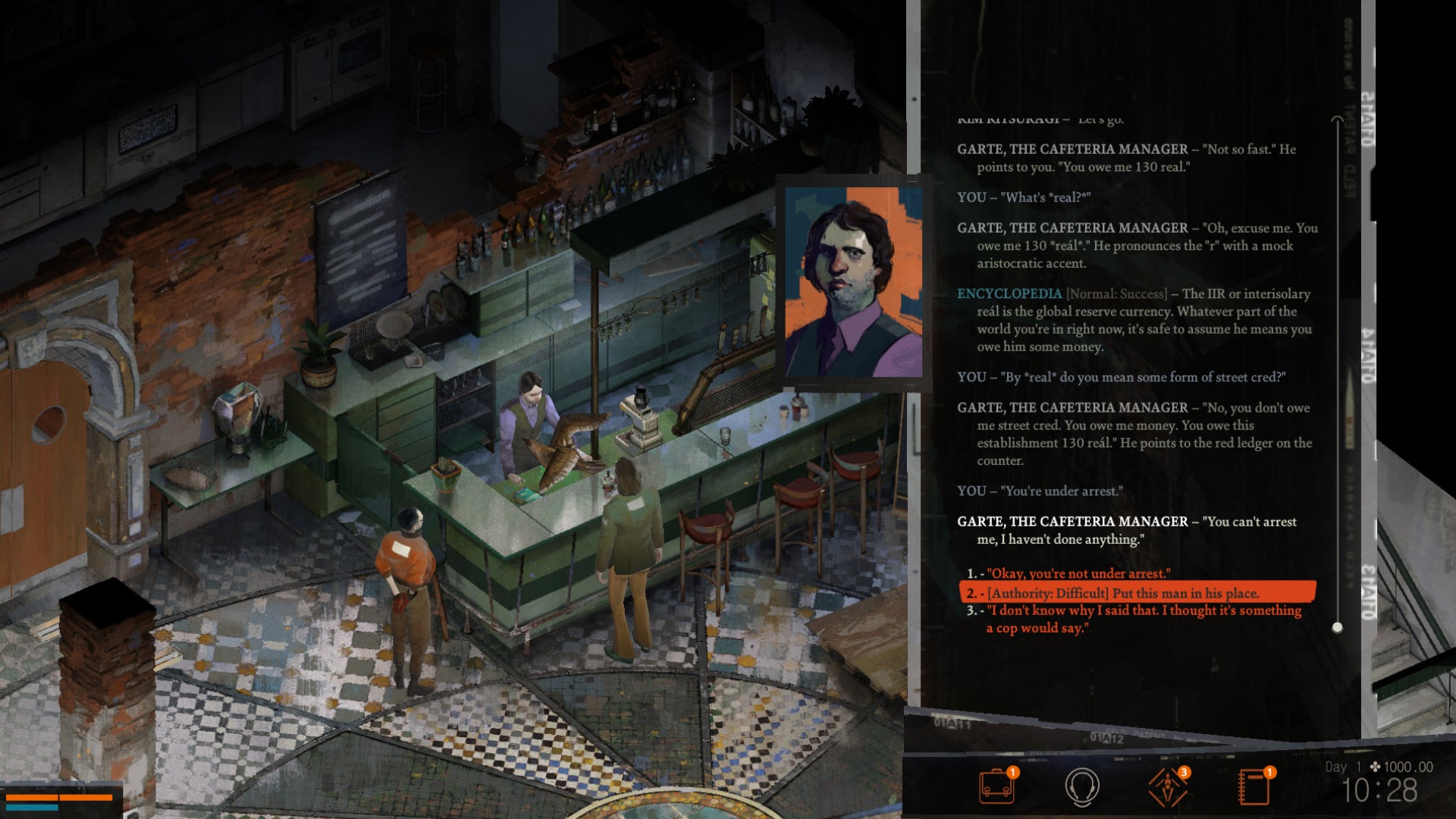 “OK, I guess I should check out this random RPG Jason liked.” Moments later, my world was turned upside-down by this wonderfully absurd work of incredibly interactive fiction. It’s like the late Douglas Adams and the generally on-time Neil Gaiman collaborated on a noir detective novel and things got really out of hand. The internal dialogue of Disco Elysium’s main character is frighteningly similar to my own. Also, it made me want to start smoking again. 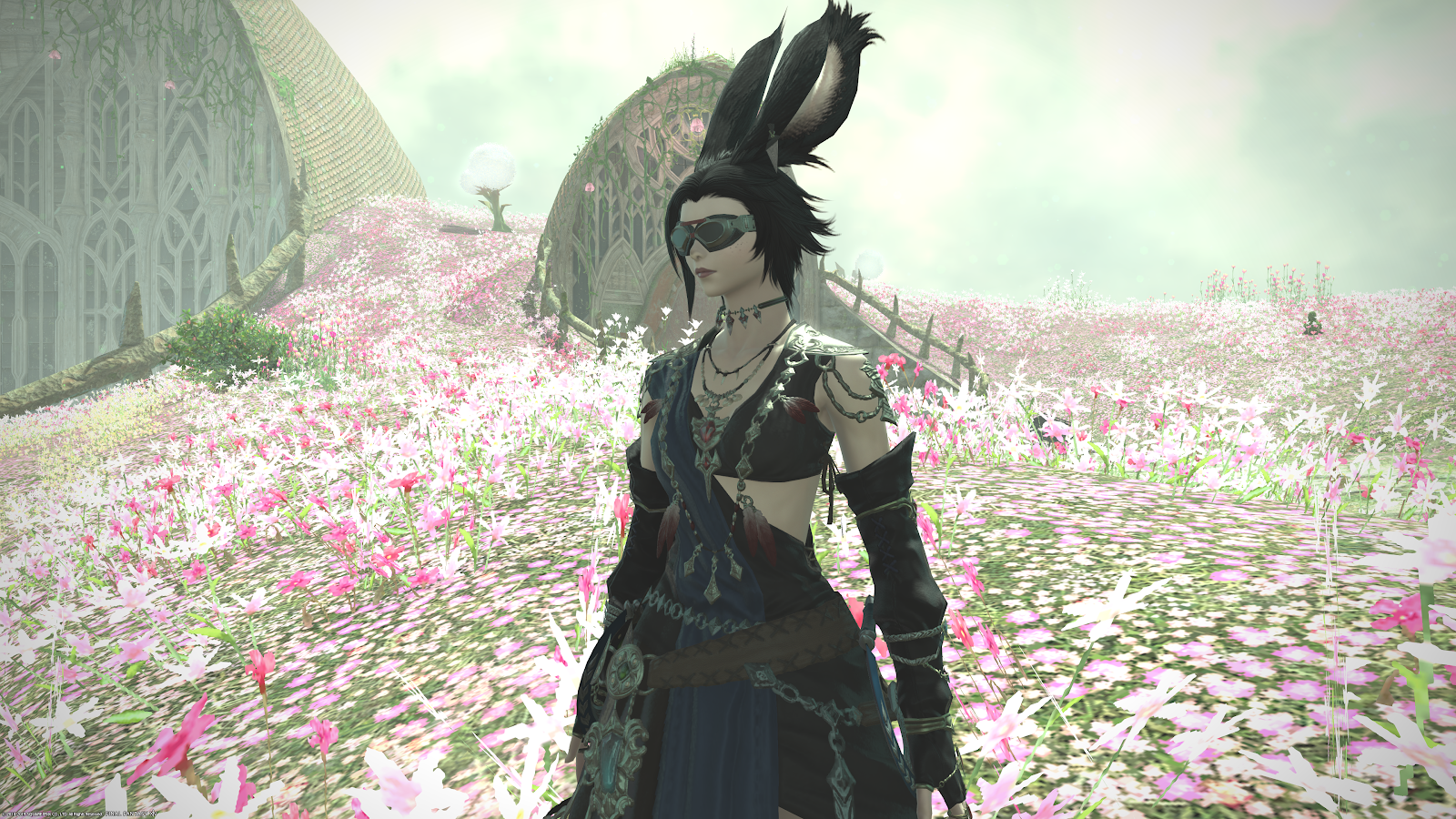 The only game on my list that is, technically, in a limited sort of way, Nier: Automata. Can an expansion pack to an existing game be a game of the year? It can when it is dozens of hours of outstanding story, beautiful new lands, and gorgeous music. Like Heavensward and Stormblood before it, Final Fantasy XIV’s Shadowbringers feels more like a sequel than an extension. It’s the next instalment in an ongoing series. Plus, it has this song: 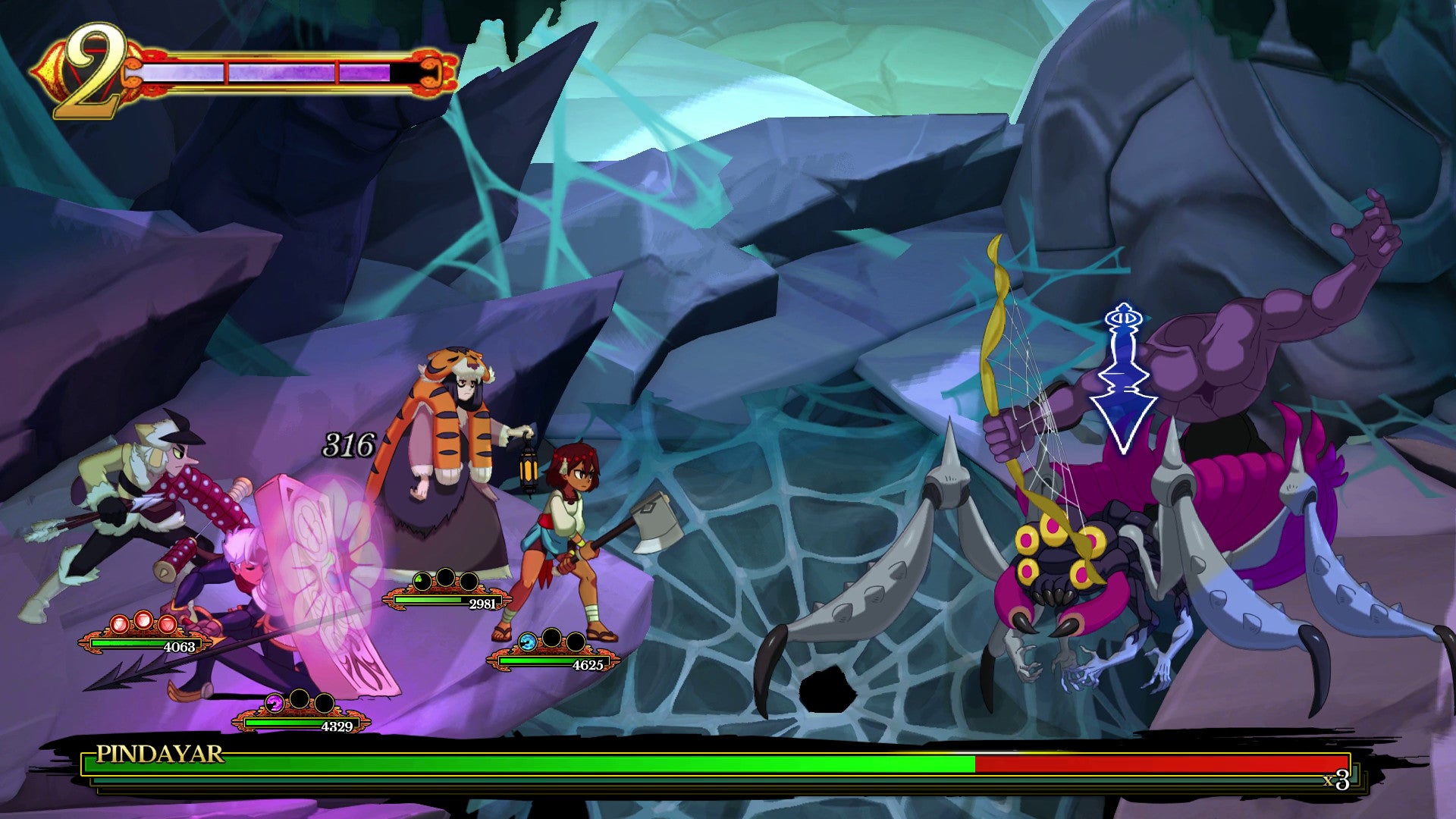 In 2015 I played a prototype demo for Lab Zero Games’ Indivisible, a 2D side-scrolling platforming role-playing game with a ton of potential. In 2019 I played the full game, and I couldn’t be happier with how it turned out. It’s got gorgeous graphics, unique characters, magnificent platforming, and a super-varied RPG combat system. I am so glad Indivisible turned out to be as good as I hoped it would be. 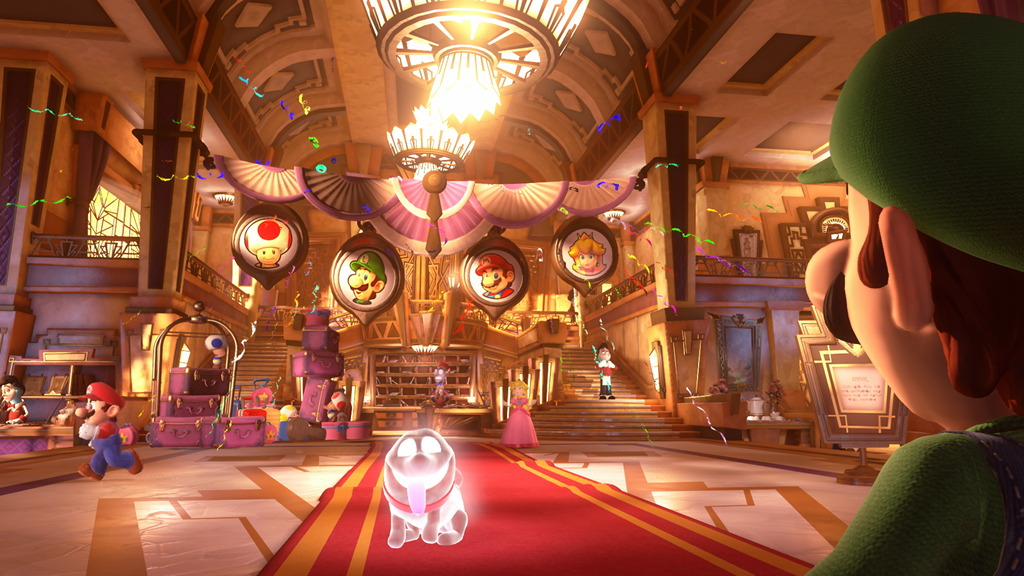 I had never played a Luigi’s Mansion game before Luigi’s Mansion 3. I never cared for Luigi, and I had no interest in playing games starring a character I did not like. The only reason I wound up playing Luigi’s Mansion 3 is someone gifted me a copy of the Switch game in an attempt to distract me from a recent health scare. Well, that worked. I’m still not a fan of Luigi, but I am definitely a fan of hunting for coins and other secrets through ghost-filled hallways while armed with a vacuum cleaner. The presentation is wonderful, the puzzles can be quite clever, and watching Gooigi slurm his way into tight spaces never gets old. As my close friend and Twitter follower Chrissy Teigen puts it, this game is “an incredible work of art.” 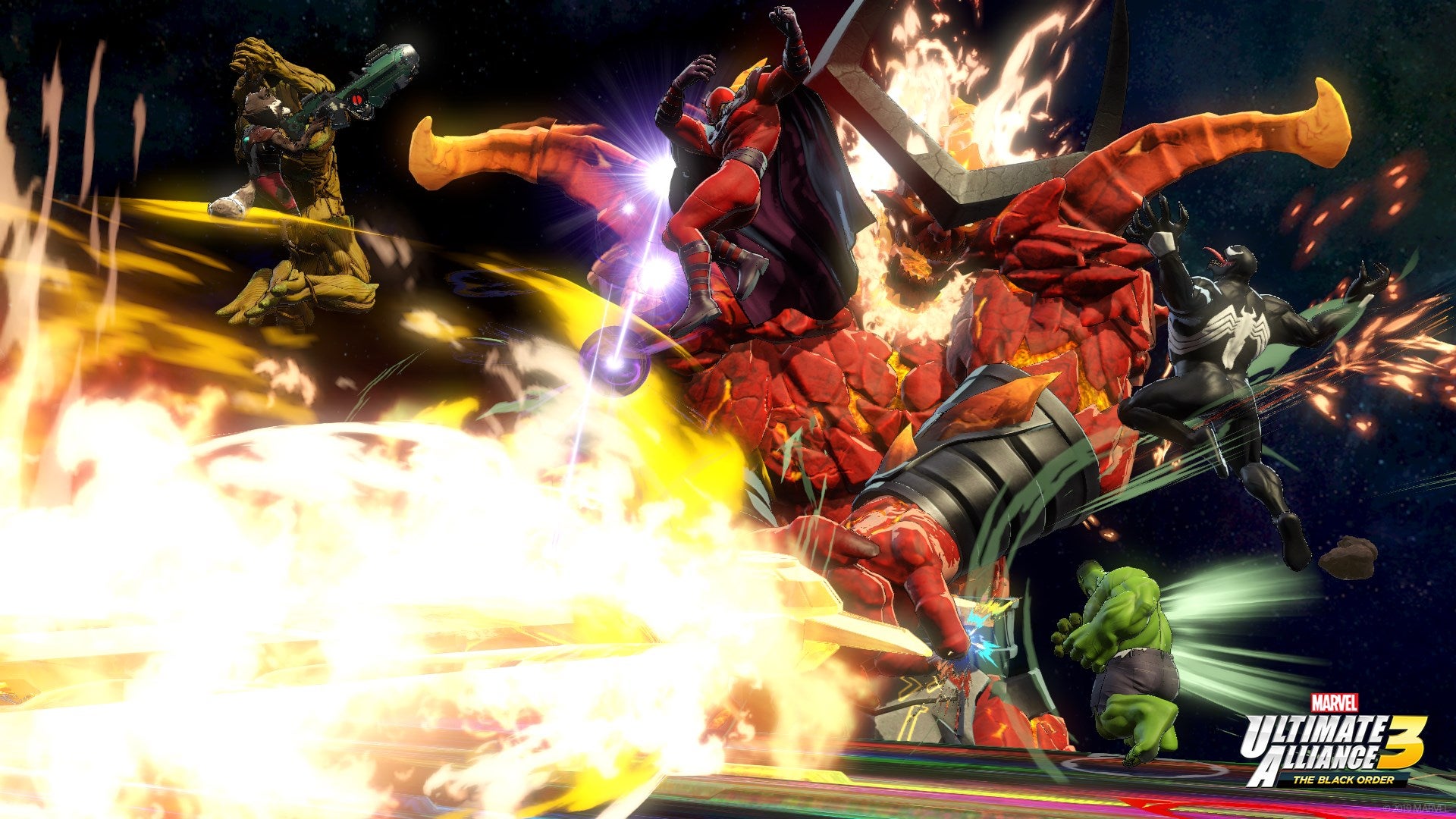 Show me a game where I can form a party of Marvel superheroes and villains, earn experience points to make them more powerful, and send them on adventures through colourful comic book settings, and I will show you a game on my top ten of the year list. Marvel Ultimate Alliance 3 is a fine continuation of the classic action role-playing game series. I only wish it weren’t a Switch exclusive, so we could all be heroes together. 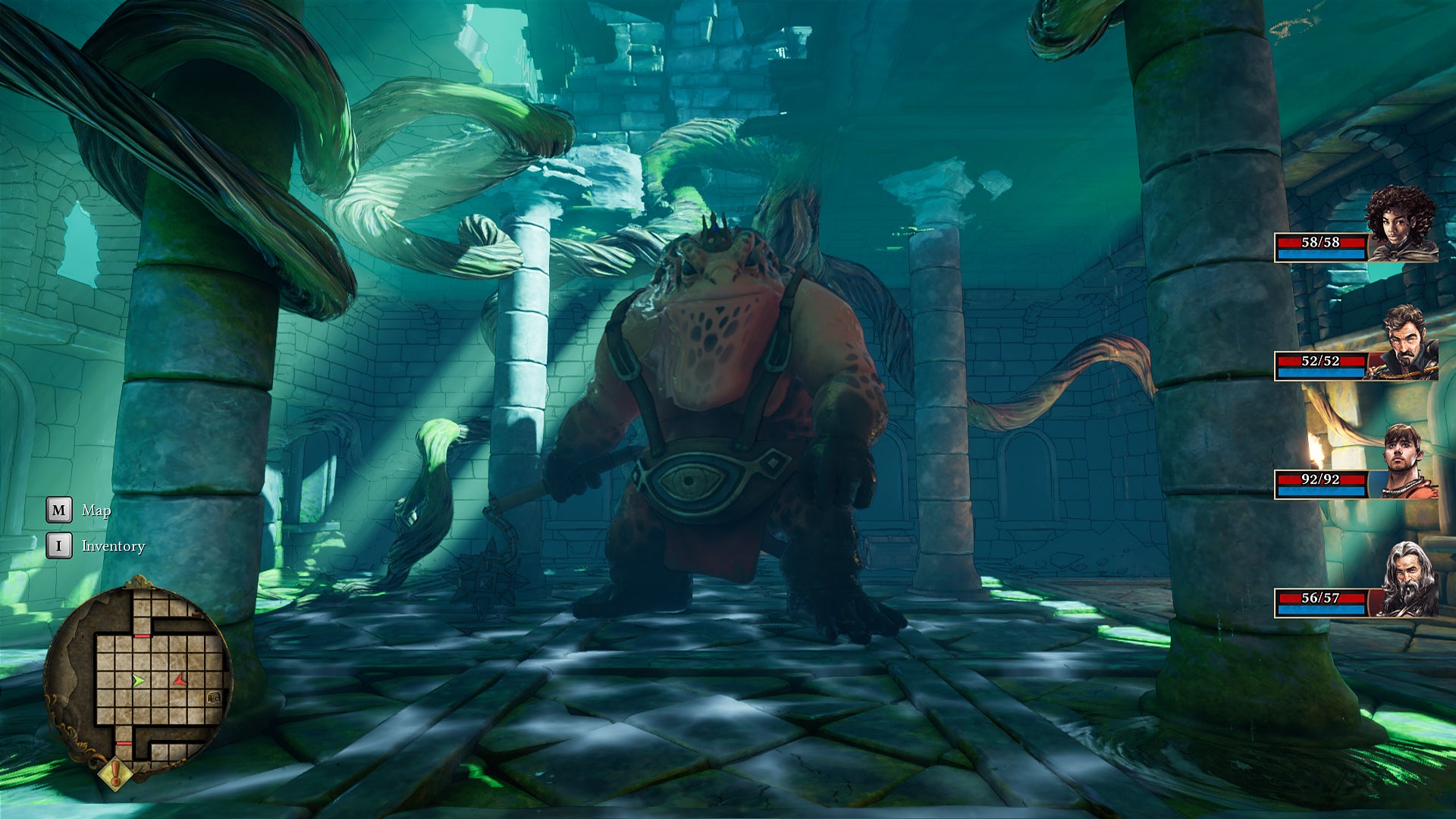 There is still life in old-school, first-person dungeon crawling yet. Operencia: The Stolen Sun is playable proof. It’s got all the tension of exploring mysterious dungeons, forests, and ruins one step at a time, never knowing what’s lurking around the next corner. The graphics are so lush I found myself holding my breath in the game’s underwater sections. Instead of generic, player-created party members, Operencia features a cast of memorable characters, each with their own motivations and quirks. It feels like weekend role-playing session. All this from Zen Studios, the pinball people. 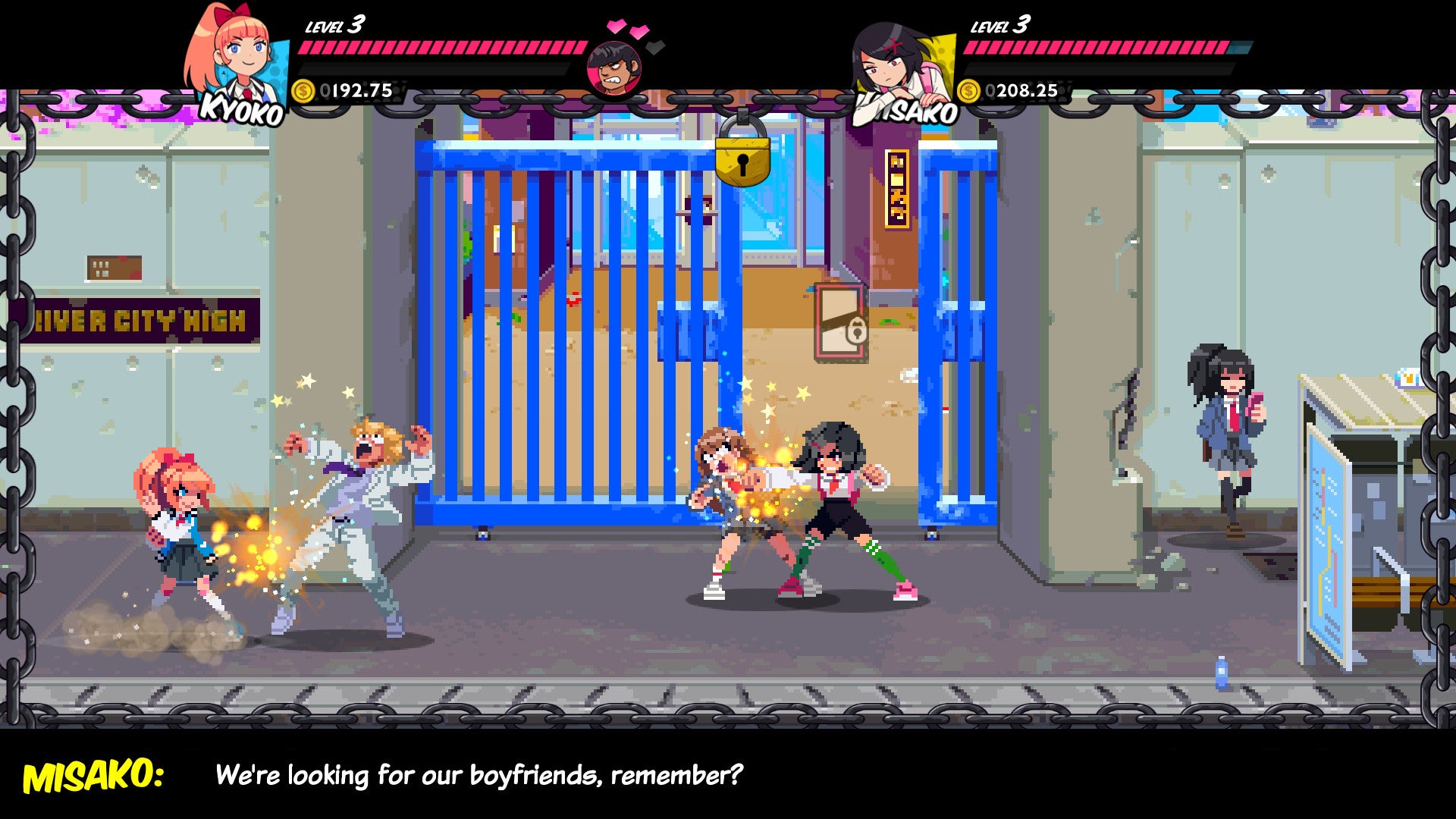 I love a good side-scrolling beat-em up. The punching. The kicking. The moving slightly lower on the screen than your opponent so they walk right into your attacks. I like a side-scrolling beat-em up even better when it’s got items and RPG elements, like the classic River City Ransom. River City Girls, from Wayforward and Arc System Works, has all of those things, plus a wicked sense of humour, bright colour style, and a poppy soundtrack that just won’t quit. 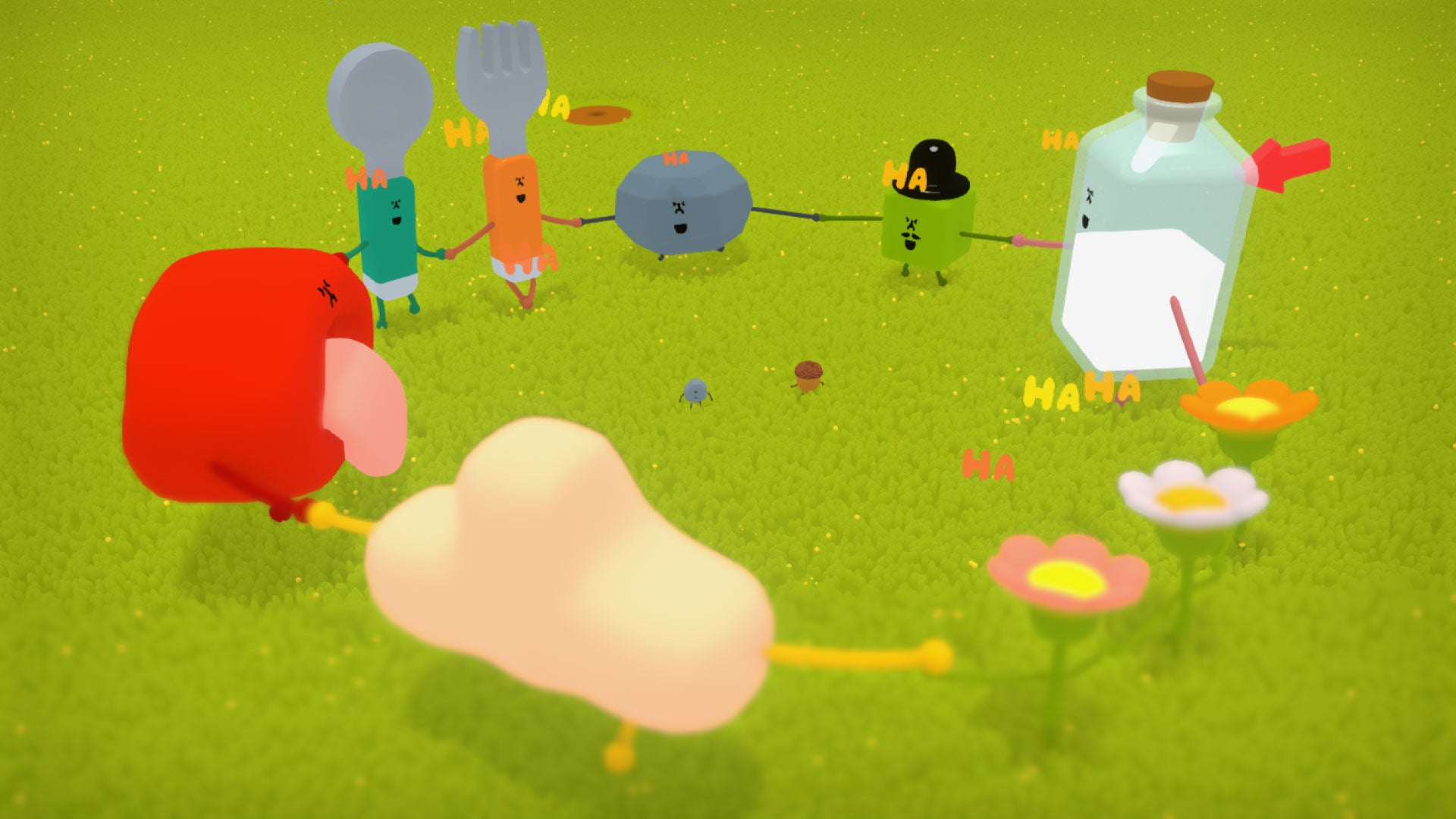 “Fahey, how can a game that only came out a couple of weeks ago be on your favourite games of the year list?” Look, either Keita Takahashi’s latest colourful celebration of silliness and simple fun in video games wind up on this list, or I accidentally leave it off next year’s list and feel really bad about it. Besides, I’ve felt enough mindless joy controlling the food, trees, noses, tables, utensils, rocks, and other things of Wattam in the past couple of weeks to fill at least three Nier: Automatas.

Game I just couldn’t justify putting on a 2019 list: World of Warcraft Classic

Game I wanted to play but I am paralysed from the chest down: Ring Fit Adventure