Halo: Reach, Bungie’s final entry in its second (of three, so far) series about armoured space knights, is finally on PC. People are clearly excited, so much so that they managed to propel it to the third most-played slot on Steam earlier this week. But do they actually like the port? Yes and no.

For the most part, Halo: Reach’s PC port is a case of “what you see is what you get.” It’s Halo! The one subtitled Reach, specifically! Now, though, it’s in 4K and can run at 60+ frames per second. Many Steam users are luxuriating in the bubbly, warm nostalgia that accompanies cracking open a 2010 shooter about a squad of extremely doomed space marines just trying to do their best (something we can all identify with). The port, however, isn’t the most elaborate, and it’s got some issues in the control and audio departments. Steam users have also been outraged to find that Reach on PC doesn’t have splitscreen co-op, and frankly, I can’t blame them. I mean, it’s Halo, people—come on.

(Note: For some reason, Steam is displaying everybody’s time played as zero hours. I do not believe that’s actually the case.) 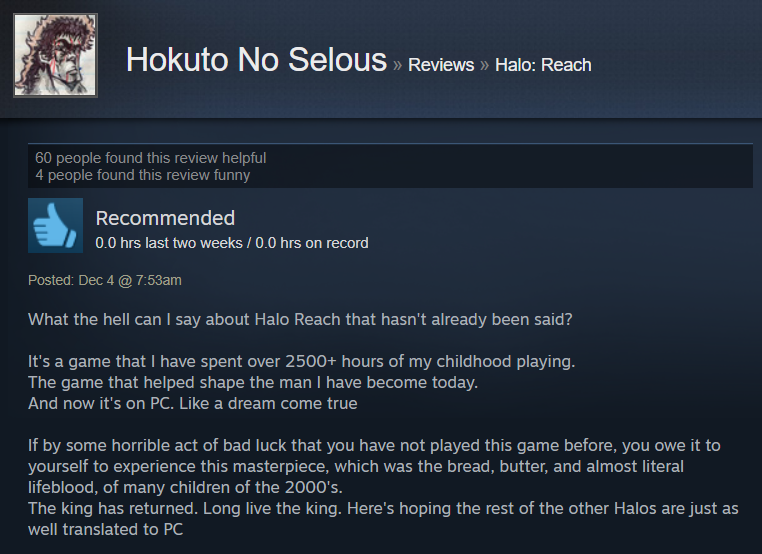 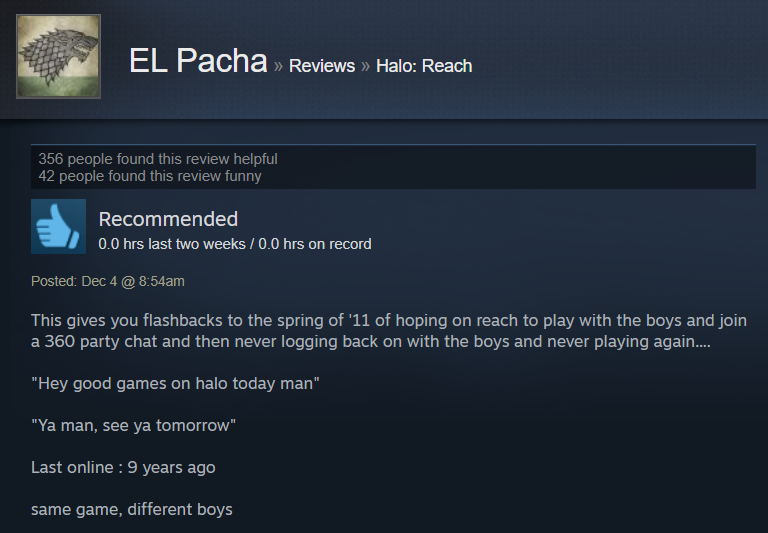 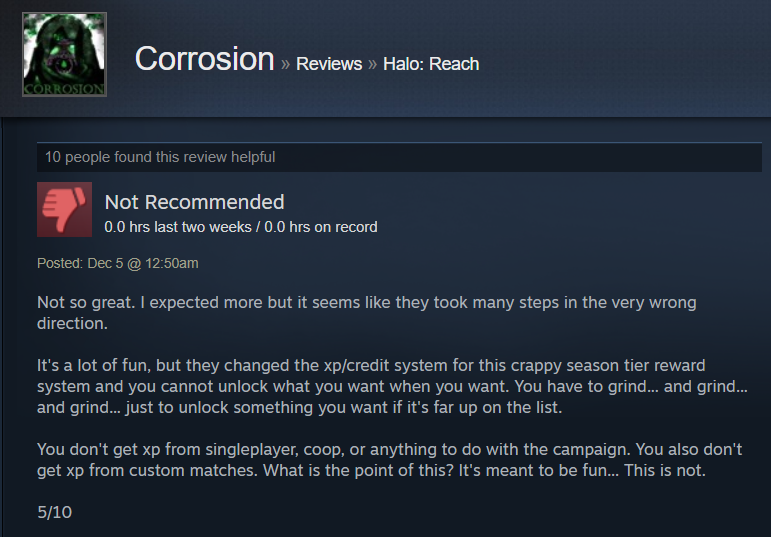 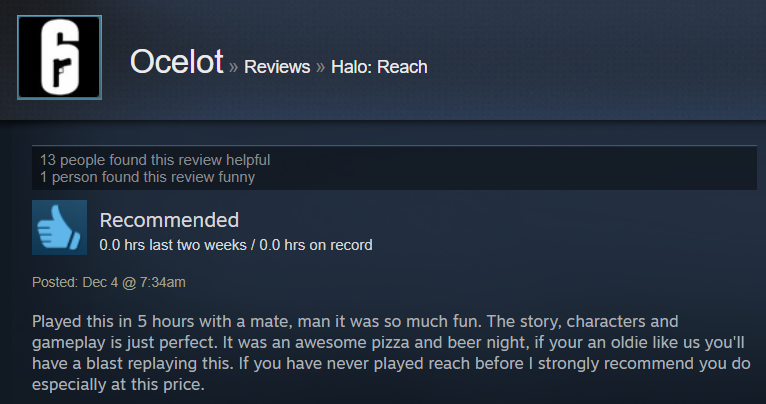 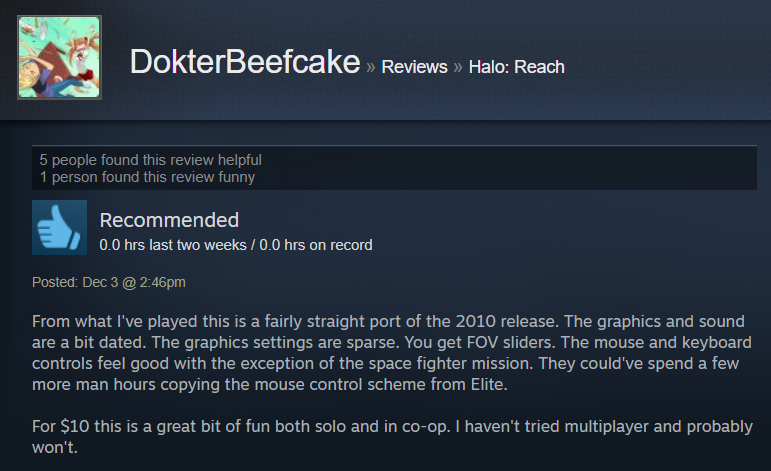 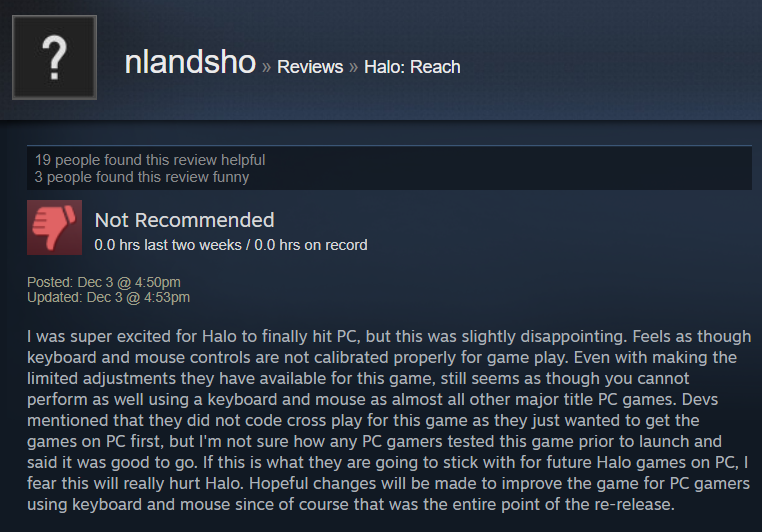 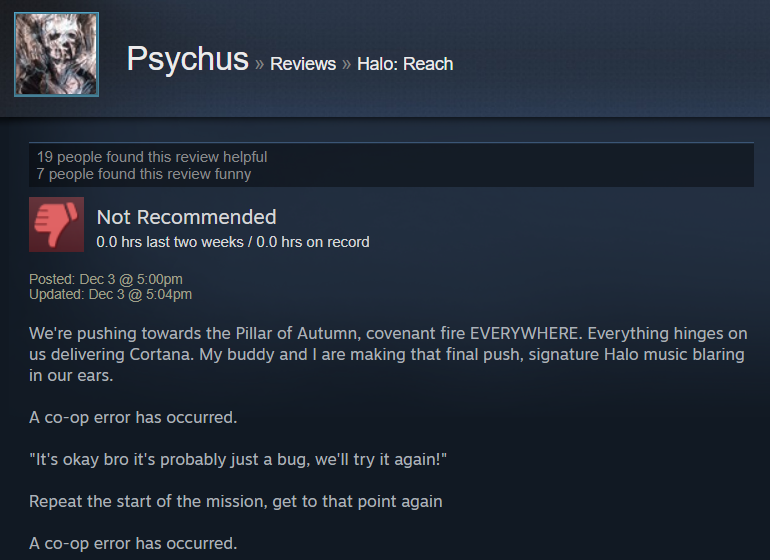 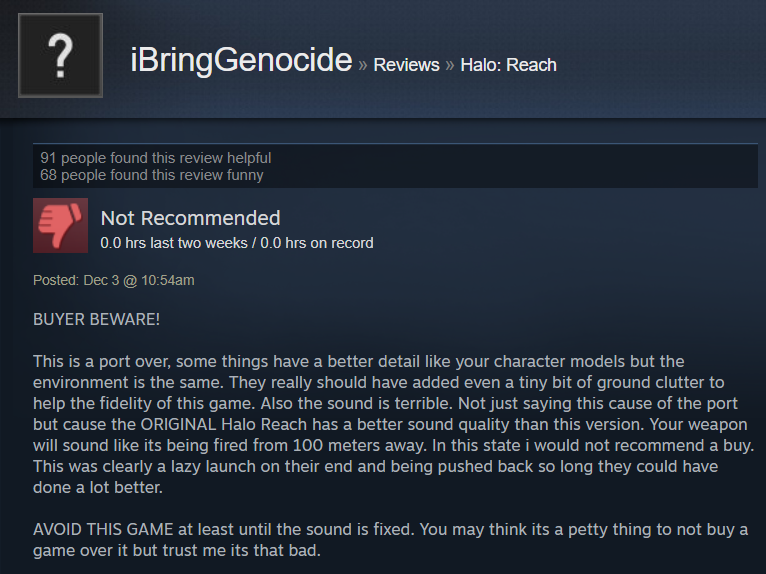 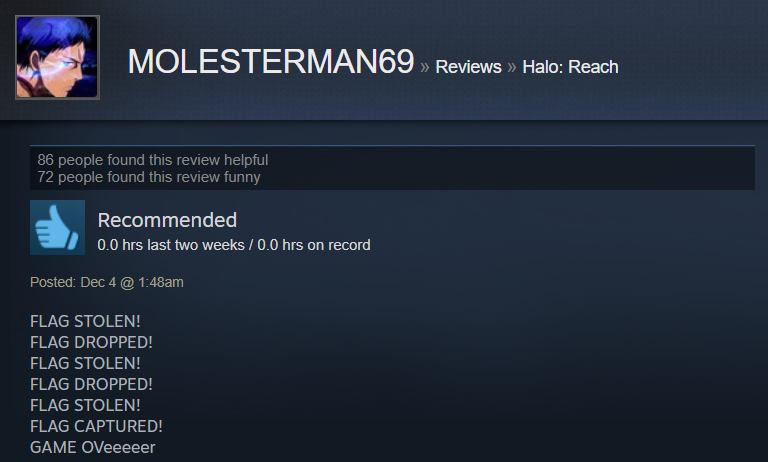 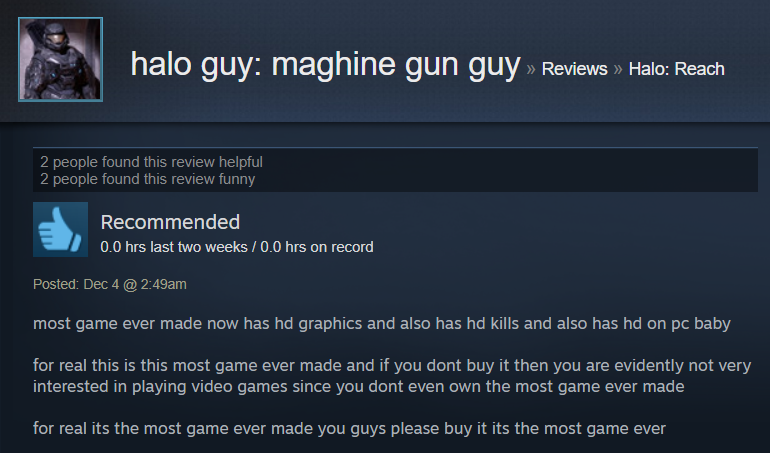