How To Get Destiny 2’s Buggy New Obelisk Working 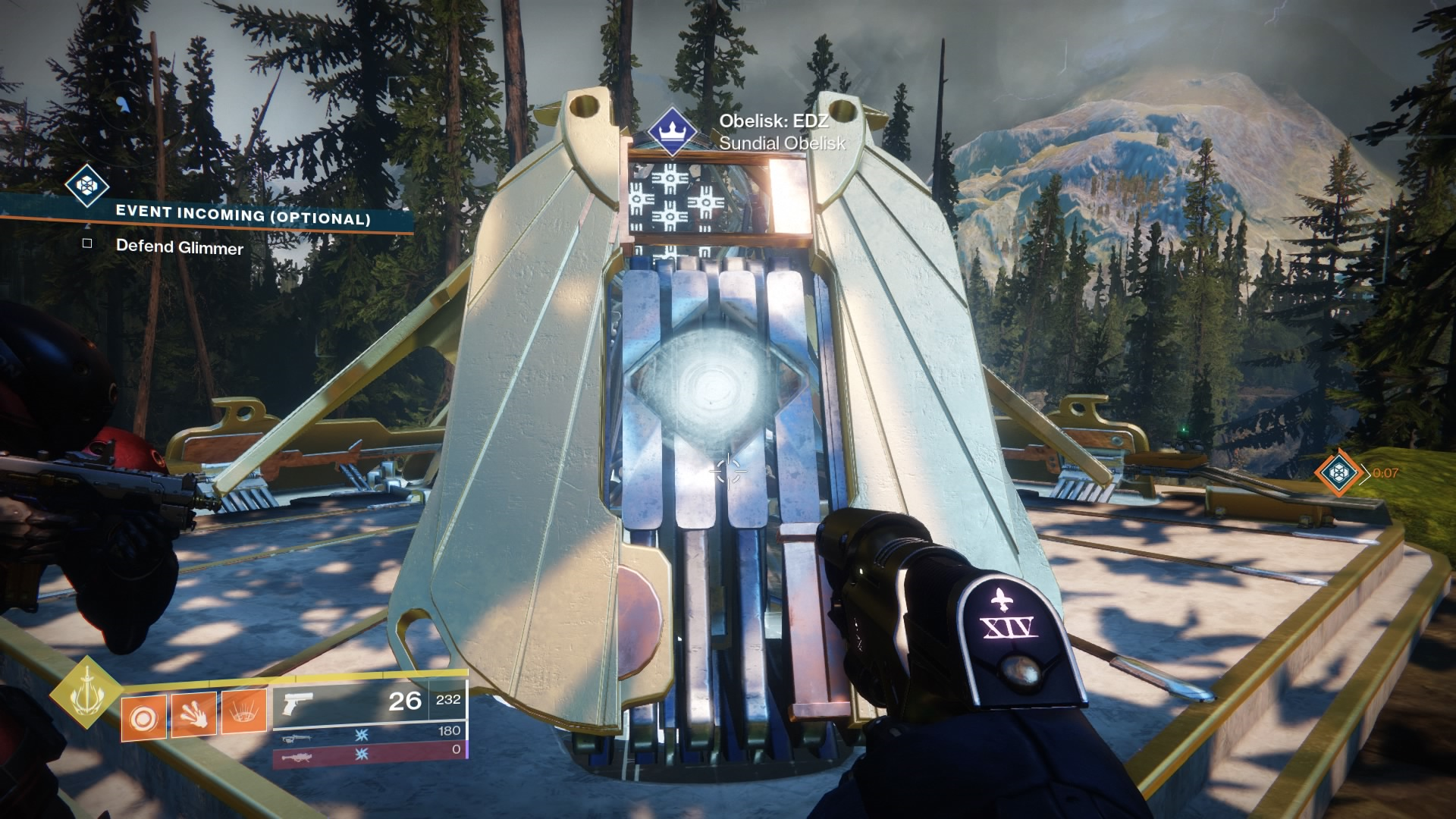 It’s the second week of Destiny 2’s new Season of Dawn, which means there’s a new Obelisk for players to activate. That’s easier said than done, though, thanks to a bug that prevents you from being able to interact with it.

The latest Obelisk appears in the Gulch section of the European Dead Zone. Like the first two, it requires that you kill a bunch of enemies to collect parts to repair it and then kill a bunch more to collect the light needed to power it. Once you do both of those things, the quest updates and tells you to go activate the Obelisk. However, a lot of players, including myself, weren’t able to do that, since no button prompt to interact with the control panel appeared.

The game’s subreddit is currently full of posts about people having problems and Bungie has said it’s investigating the issue. Fortunately, there are some workarounds. The bug appears to be related to the other players you’re instanced with and whether they’ve completed the steps necessary to activate the Obelisk. If you can manage to get yourself in a solo instance, the button prompt will immediately appear.

We are investigating an issue where some players cannot interact with the EDZ Obelisk.

Some players have reported that manually leaving and re-entering the area, returning to Orbit, or clearing the console cache have worked as temporary fixes.

That’s easy enough on PS4, where you can manually change your console’s clock to a different day under the settings. Doing so will spawn you in the EDZ alone. I did exactly that, as Reddit user Faroutrobot suggested, and my Obelisk was up and running in no time. It’s possible that fix also works on Xbox One, although I haven’t been able to try it on that platform. Outside of messing with the clock, you can also simply try fast-travelling to the Gulch over and over again until the button prompt eventually appears.

It’s harder to prevent matchmaking on PC. Players did come up with a script to run activities solo for last season’s Vex Offensive that’s fairly simple and works with Microsoft’s PowerShell program, but if you don’t want to mess around with how your computer runs the game, your best bet is just to keep re-loading.

This season has had quite a few bugs so far, although not all of them have been as frustrating. A few even significantly buffed weapons like the exotic bow Wish Ender. Osiris’ Sundial is apparently messing with more than just the game’s timeline.