Azur Lane: Crosswave, out February 14 for PlayStation 4 and Steam, is a spin-off of mobile hit Azur Lane, known for side-scrolling shoot-em up action and its anthropomorphic anime warship women. Crosswave is indeed full of cool-looking boat people, but its short spurts of 3D combat leave a lot to be desired.

Azur Lane: Crosswave’s story mode is more visual novel than action game. In a world covered with water, female personifications of famous battleships rule the seas. Four nations—Eagle Union, Iron Blood, Royal Navy, and Sakura Empire—rule over the peaceful planet of Kansen, which has somehow never known war despite everyone wearing giant cannons. While a mysterious malevolent force known as the Sirens begins plotting, the four nations come together to host a massive joint military exercise in order to flirt with each other, share snacks, play games, and occasionally participate in the 3D action game portion of Crosswave. 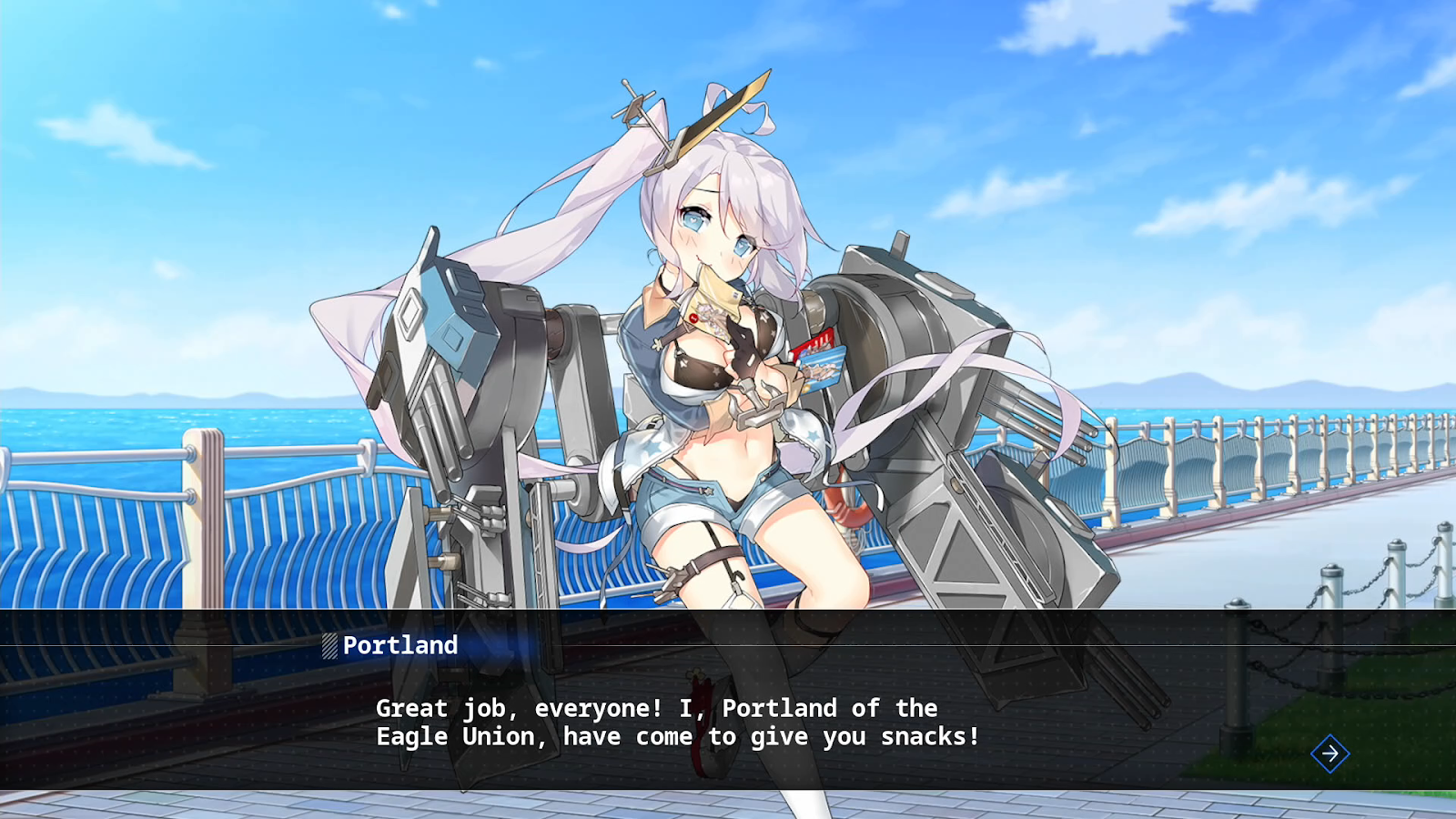 There is a lot of talking in Crosswave. Much of it is central to the story, centred on Shimakaze and Suruga, a pair of up-and-coming Sakura Empire ships who find themselves the focus of both the joint military exercise and the Sirens’ plot. When not engaging in lengthy story-centric cutscenes fully-voiced in Japanese, the character the player is controlling floats about a 2D overworld map, picking up items and participating in events. Most events are more talking. In fact, any event not specifically listed as an “event battle” is some sort of dialogue between two or more characters. Sometimes it’s flirting. Other times it’s a bit of intrigue. The boat women (there don’t seem to be any boat men) display a wide range of personalities, and I do enjoy seeing how they play against one another. I just wish more focus was placed on seeing how they fight together.

Event battles are very brief. The player selects a fleet of three main ships and three support ships from the characters they’ve unlocked. Battle commences with the player controlling one of their three main ships. Large battleships fire cannons and torpedoes. Support aircraft fly through the sky dropping bombs. Enemy lady boats dart across the water trying to avoid the player’s guns and missiles. 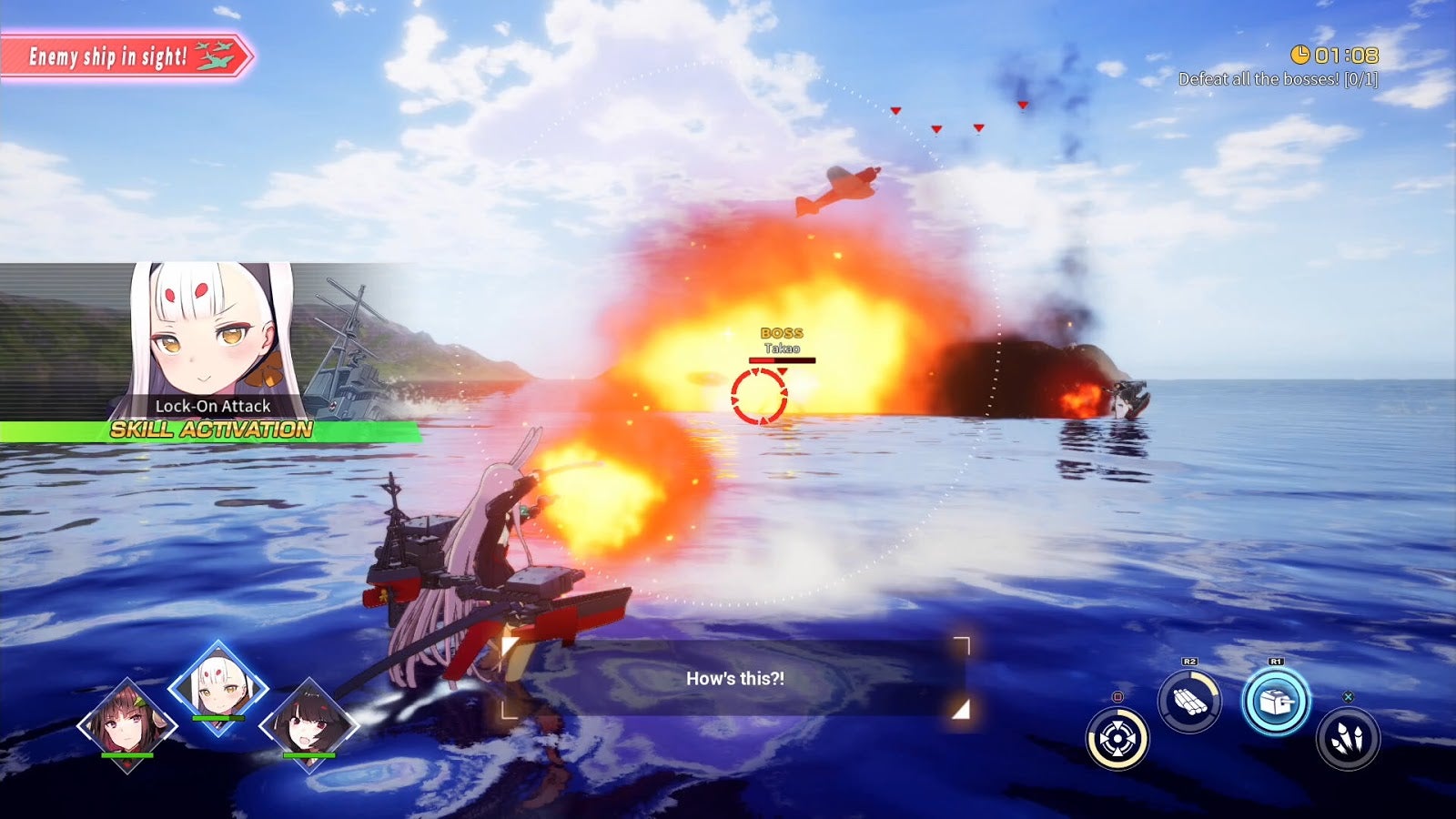 On normal difficulty the battles are easy. Just dodge and shoot, use power-ups when they are charged, and the enemy goes down without much problem. Fights are generally over in under two minutes—in fact, every battle I’ve encountered in the game so far has a “finish in under 120 seconds” requirement to achieve a perfect ranking.

The video below gives a pretty good idea of how Azur Lane: Crosswave’s story mode flows. Skip to around six minutes in for the fighting.

The gameplay is fine if a little bland. I just wish there was more to it. Azur Lane: Crosswave prefers to tell rather than show. A substantial portion of the first four chapters I’ve played involves teams from rival nations collecting strange cubes left behind after a battle with the Sirens. The team that gathers the most cubes wins. That sounds like it might be fun, but the entire contest plays through in text form. Rather than having the player collect the cubes during battle, the game just tells us which team is gathering what. It’s like Crosswave is teasing me with gameplay. One of the little narrative aside events involves the boat women discussing a collectible card game. In another they’re playing an augmented-reality monster-catching game. How exciting those both sound. I wish I were playing those.

Thankfully there is an “extreme battle” mode for when I get tired of wading through screens of text. This mode is simply a series of battles against pre-made fleets with special rewards. And for those who prefer the talking, unlocking certain characters also unlocks special narrative episodes with even more special rewards. I realise that combat isn’t the biggest draw for Azur Lane: Crosswave. It’s all about adorable anime women wearing bits of battleship on their backs. I love the absurdity of these designs. They are so ridiculous and wonderful and they make no sense. Why is Downes wearing a U.S. Navy shirt? Does the U.S. exist in this world? 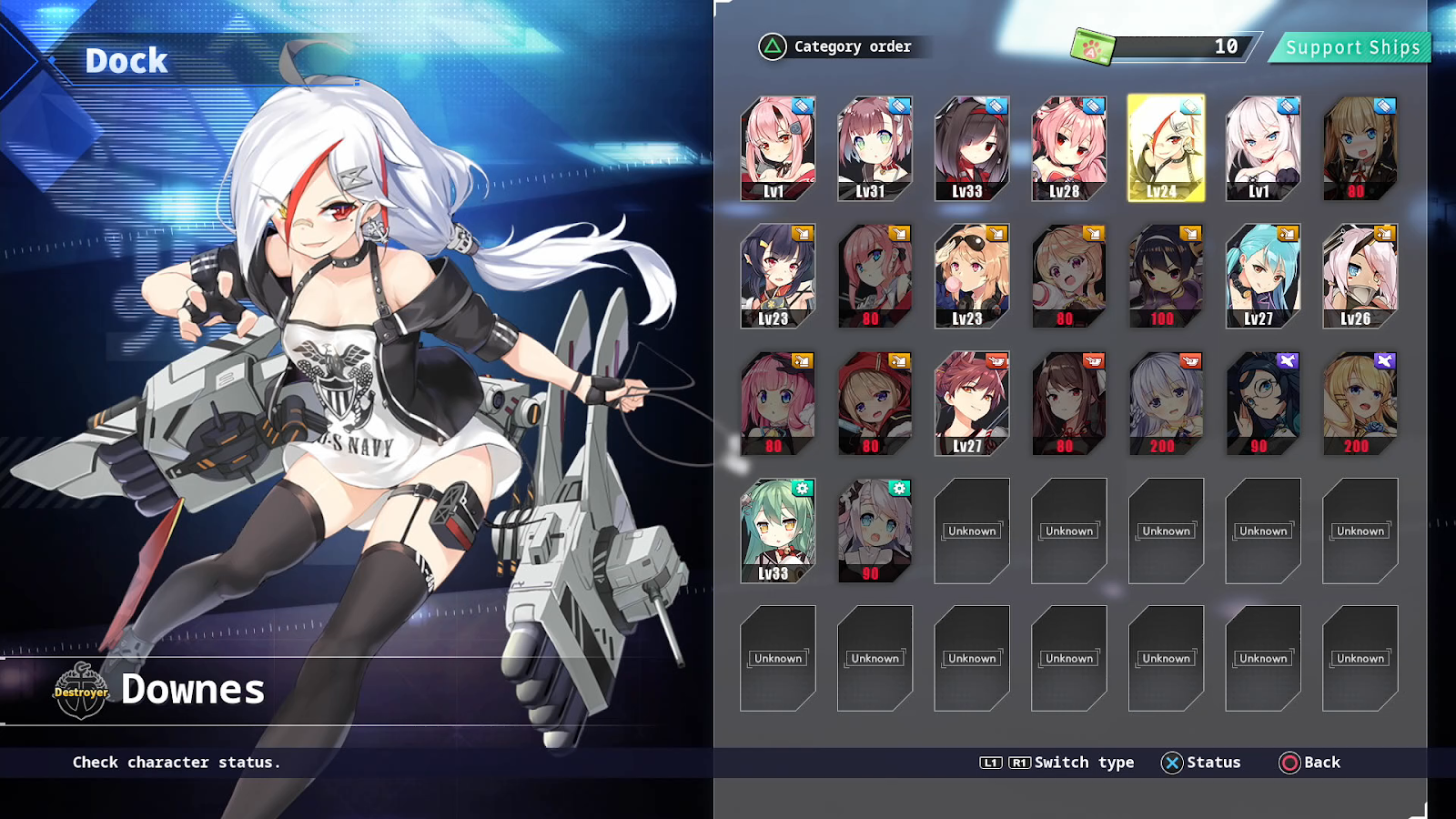 Main character Shimakaze has rabbit ears. Her partner Suruga has demon horns. Are these characters boats, but also animals? What the hell is happening in this world? 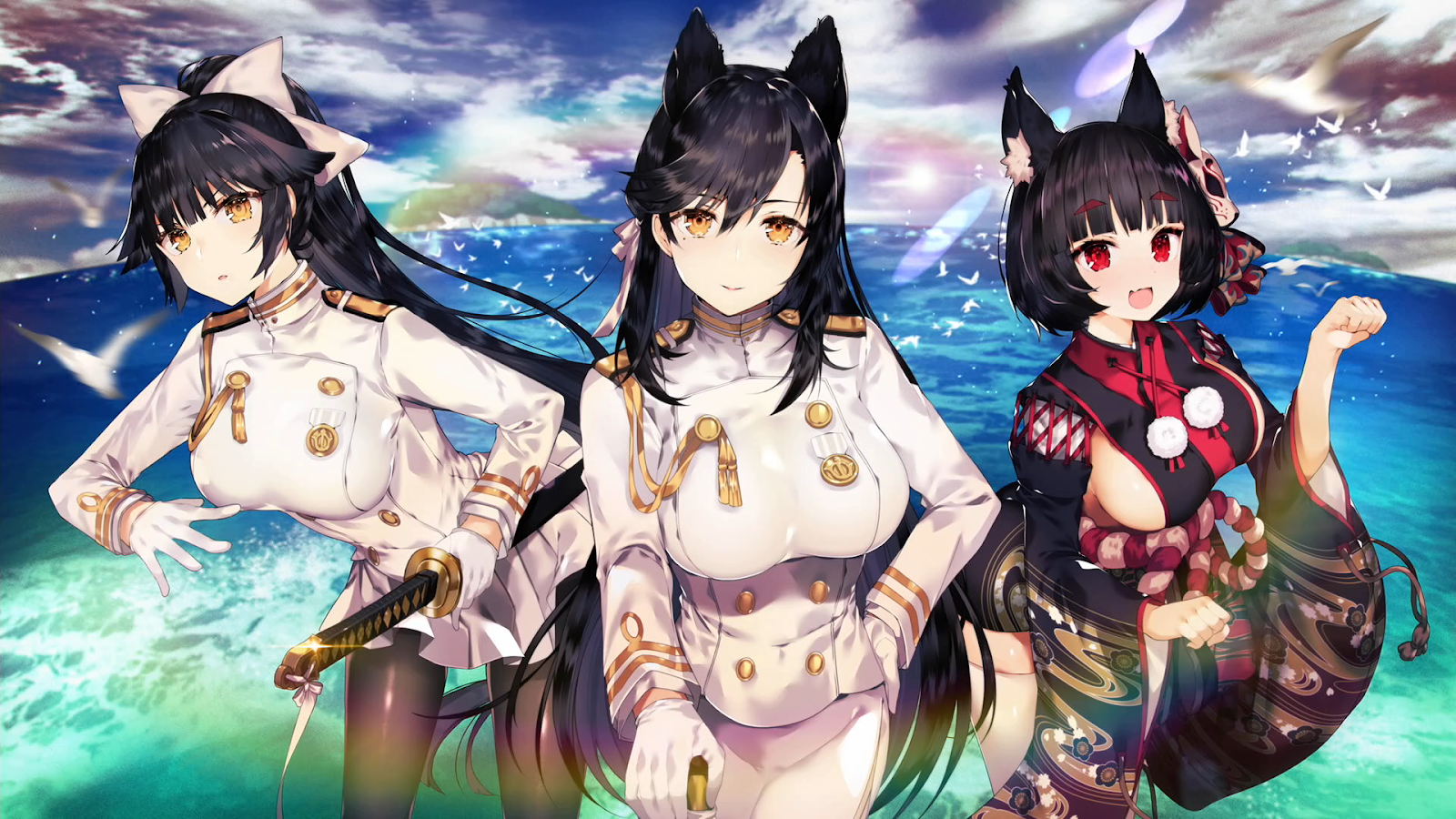 Aside from all the chatting, that is.