Thought DOOM Eternal was longer than its predecessor? Here’s someone flying their way through the game, quite literally, in just under 40 minutes.

The first level, for instance, takes less than four minutes to complete. How? By a beautiful combination of super jumps and some old-fashioned wall glitching. You can apparently get even more velocity on the super jump by abusing the Matrix time that occurs when you bring up the weapon wheel.

Speedrunner Distortion2 uses that jump to full effect here, and carves off an enormous amount of time doing so. There’s also a lot of really good decisions about when to use the chainsaw, as DOOM Eternal has some firefights that you can’t glitch your way through. Having enough fuel to cut through the biggest demon in a wave really helps, as does a judicious amount of reloading checkpoints to skip lengthy animations (like when you restore power to the ship for the first time).

Other tricks in the arsenal include using the ballista to accelerate jumping, much like the gauss gun from the 2016 DOOM reboot, and often in conjunction with the super jump exploit. Restarting the game from a new checkpoint only saves a couple of seconds, but do that enough times over the course of a run and it all adds up.

It’s also reassuring to see that even the Icon of Sin can get hosed real quickly, largely by ignoring most of the mobs that spawn. I know that’s only really possible on the easier difficulties – this is an Any% Easy run, after all. But it’s still neat to see how quickly the levels can be navigated. And the new record is a huge shaving from the previous record – only a couple of days ago Distortion2 needed 46 minutes to finish. There were a ton of mistakes and places where the run could be optimised, too, so expect to see this record tumble a lot further before long. 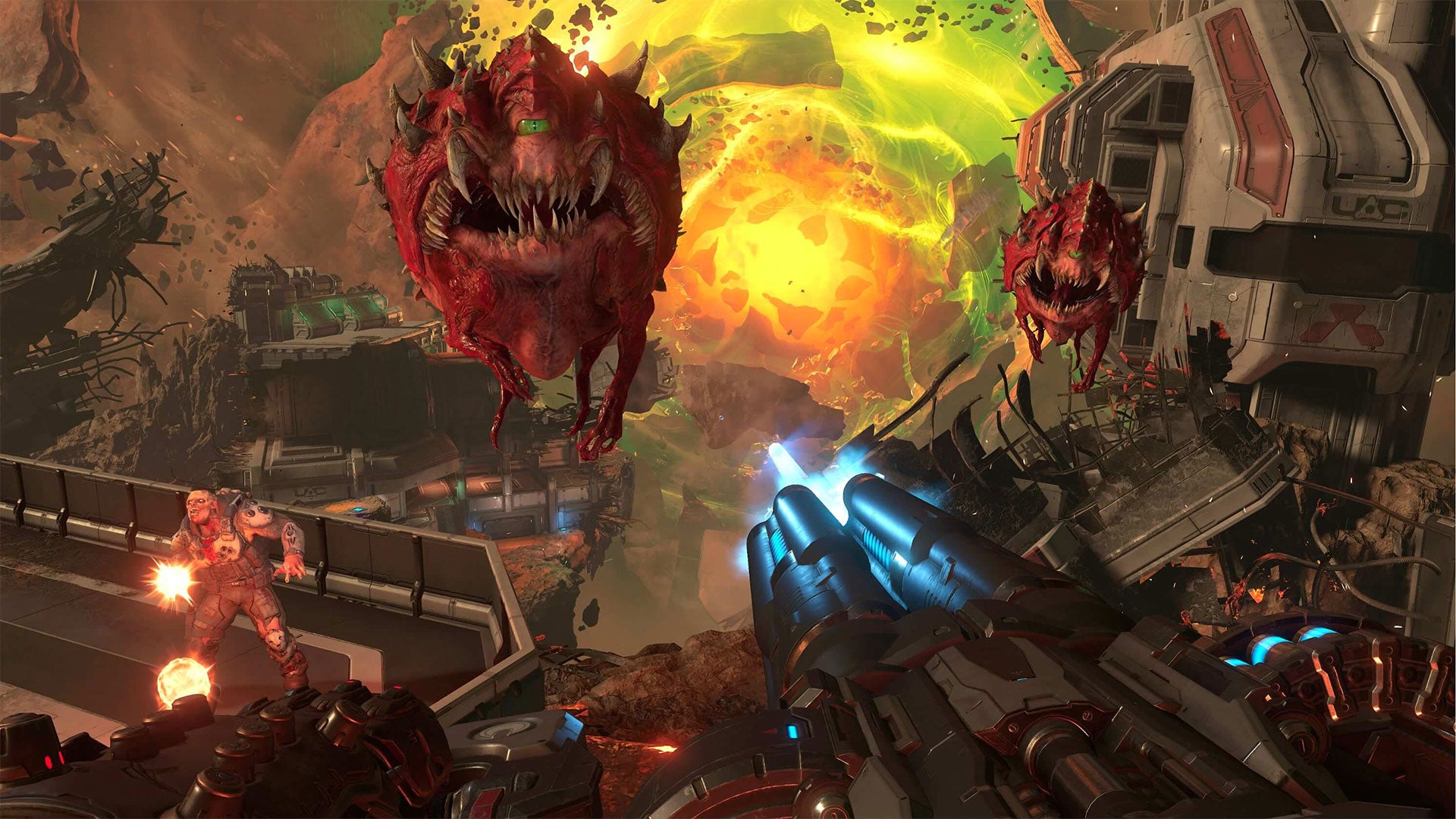 Earlier this week we benchmarked Doom Eternal extensively, but only using modern GPUs. Seeing that the game keeps receiving praise, we decided to go further and test it on a more ample number of graphics cards. This time we have a little over 40 GPUs tested at 1080p using the low-quality preset, with and without dynamic resolution scaling.