Last autumn, nearly a year after the release of Red Dead Redemption 2, top Rockstar executive Jennifer Kolbe sent out an email to staff with a list of bullet-pointed initiatives to improve Rockstar’s culture.

Rockstar, the game developer behind Grand Theft Auto and many other highly selling, often controversial games, had been widely criticised a year prior for cultural issues and extensive overtime.

“In these last several months we have undertaken a lot of work across every area of the company, looking at our processes to determine what works and what doesn’t, what we are great at and what we could improve,” Kolbe wrote in the email, which was reviewed by Kotaku. “We hope that the majority of you have felt some of these positive changes already and those that haven’t soon will.”

Kolbe went on to outline some of their plans for 2020: flexible schedules for developers at Rockstar’s studios, from California to the United Kingdom; management and leadership training; anonymous surveys to collect feedback from employees; regular updates on the company’s future games and updates; and better communication all around. The tenor of the email was straightforward: after the controversies of 2018, Rockstar wanted to do better. They also wanted to cut back on crunch, the ubiquitous practice of working nights and weekends to finish video games.

“We have taken conscious steps to improve our approach to developing games in order to reduce the need for overtime,” Kolbe wrote. “We realise we still have plenty to do in this area and will continue to take steps so we can more accurately predict and schedule games and DLC in a way that is more sustainable but still allows us the creative flexibility to iterate on the incredibly ambitious and complex games we make.”

Kolbe’s email was another in a long line of big changes—or promises to change—that Rockstar has made in the 18 months since the company faced a public reckoning of its extensive overtime and other cultural issues. In October of 2018, while promoting Red Dead Redemption 2, Rockstar co-founder Dan Houser told an interviewer that he and his writing team were working “100-hour weeks” to finish the game. The claim set off an internet firestorm and led to investigations into crunch culture at the developer of some of the world’s most popular video games, including the Grand Theft Auto series, where employees regularly worked months worth of 55-to-60-hour weeks to finish new games.

Crunch wasn’t the only endemic issue at Rockstar, which employs roughly 2,000 people in studios across the globe. A subsequent investigation by Kotaku revealed a sexual harassment allegation against one of the company’s top executives, Jeronimo Barrera. (Barrera has denied the allegation.) For years, led by Houser, his brother Sam, and an inner circle of other veterans including Barrera, many of Rockstar’s offices embraced a frat-house-like culture that often included heavy drinking, parties, and excursions to strip clubs.

Now, however, the climate appears to be shifting at the longrunning game studio. Interviews with 15 people who either work at Rockstar or left within the last year paint the picture of a company that’s changing in significant ways. As one Rockstar staffer described it to Kotaku, management seems to now be set on “running the company like a company.” (Rockstar declined to provide an interview or comment for this story.)

“It does seem like a healthier culture overall,” said a second Rockstar developer. “We’ll see in a year or two if I’m pulling my hair out, but it does seem like we’re moving in the right direction for being a company the size we are.”

Even today, with production slowed down and staff working from home due to the coronavirus pandemic, the company’s management seems to be saying the right things. “They keep emphasising that it’s normal to not be productive and our focus should be on our health and taking care of our families,” said a third Rockstar employee. 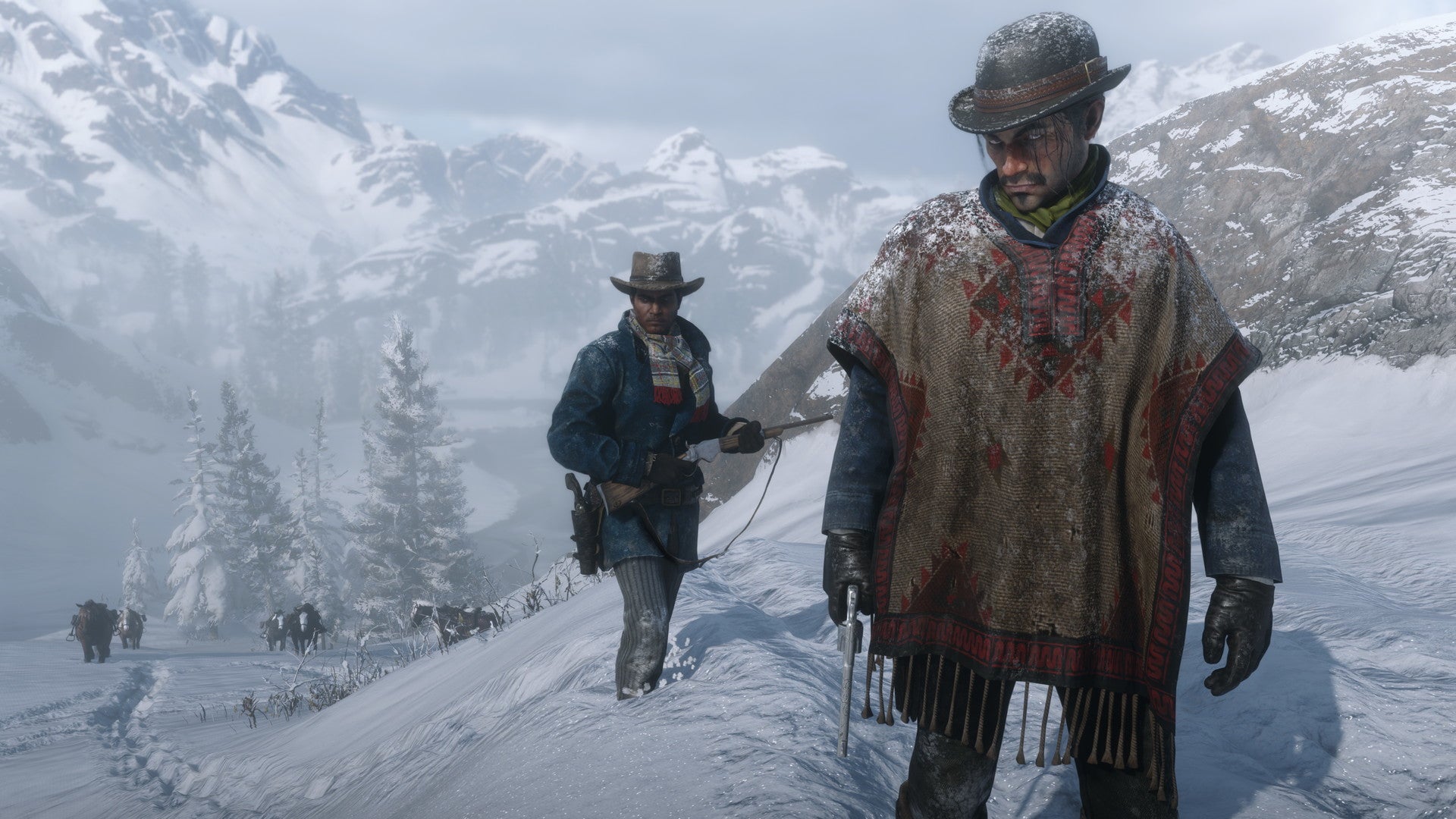 Since the release of Red Dead Redemption 2, Rockstar has made several major management changes. Last spring, Dan Houser went on a sabbatical that later turned into his departure from the company. Throughout the year, Rockstar replaced studio heads at its San Diego, California and Lincoln, UK offices. The company also booted directors and managers who were said to contribute to cultural issues. Rockstar held meetings about conduct and sexual harassment, and made plans to bring in a coaching organisation called Mindful Talent for management training.

It’s been a slow process, Rockstar developers say, but it’s led to improvements to some people’s lives. “It’s like there’s an operation to get rid of bad eggs,” said one Rockstar employee. “There are still bad eggs around, don’t get me wrong, but it feels like their days are numbered.”

Rockstar’s leaders have told employees that they hope to mitigate crunch on the next big project by improving their technology pipelines and planning out more of the game’s beats in advance. One belief shared by Rockstar employees is that Dan Houser’s departure will lead to fewer last-minute rewrites and overhauls—the type that led to a great deal of overtime on Red Dead Redemption 2. Rockstar has also implemented “flexitime” scheduling for many employees, allowing them to work variable hours based on their preferences and needs.

One plan that management has laid out for the next game, a new entry in the Grand Theft Auto series, is to start out with a moderately sized release (which, by Rockstar’s standards, would still be a large game) that is then expanded with regular updates over time, which may help mitigate stress and crunch.

But there’s a catch: Rockstar’s next big project is still early in development. When production ramps up and the game gets closer to launching, will overtime come with it? Will Rockstar’s employees then face the pressure of months of crunch in order to finish all of the ambitious work it takes to make a Rockstar game? “The changes have been good enough for me to stay and give them a chance but let’s see what happens down the road when the pressures of delivering a final product become reality,” said one developer.

“There are still bad eggs around, don’t get me wrong, but it feels like their days are numbered.”

Even with some disliked managers gone, there’s concern at some Rockstar offices that the long-rooted culture of workaholism may rear up again when it comes time to get a new game out the door. “The issue with Red Dead Redemption 2 wasn’t just scope,” said a former employee. “The culture was very much centered on the idea that if you aren’t doing overtime you aren’t working hard.”

Still, staff at various Rockstar offices say they feel like the company has taken big strides over the past year and a half in ways that will improve people’s lives even if there is crunch on the next game.

One of the Rockstar studios whose employees felt the most pain during the development of Red Dead Redemption 2 was Rockstar Lincoln, based in the United Kingdom, which handles quality assurance testing. Testers at Lincoln painted a bleak picture, telling stories of an atmosphere in which crunch was mandatory, staff were expected to put phones in a locker while at work, and the blinds had to be closed to prevent fans from snooping.

Since 2018, Rockstar has increased salaries for Lincoln testers and converted all of the contractors to full-time staff. Lincoln now tells testers that overtime is optional, and that it will be paid at a 1.5x rate. Some of those previous policies have been revoked, to the point where one employee said the “company culture has become more fun.” Testers are now allowed to use phones at their desks.

“I wish you were there [in 2018] to hear the global sigh of relief when people learned that overtime became optional,” one Lincoln tester told me in an email last year. A second said that “Rockstar have been a lot better” since Kotaku’s reporting on work conditions at the studio.

Staff at Rockstar North in Scotland, at Rockstar San Diego in California, and in Rockstar New York in Manhattan also shared optimistic outlooks on the company’s cultural changes, praising the new quality-of-life improvements and communication from management, although some were careful to temper their comments with scepticism. Some complained of low salaries (expected to be augmented by overtime) or managers who still maintained much of the frat house culture that characterised the Rockstar of years ago.

Even those who spoke the most optimistically of Rockstar’s cultural changes were quick to mention that it has been and will continue to be a slow, sweeping process, one that may take years to fully come to fruition. But some who were making exit plans two years ago now say they can see themselves staying at Rockstar for the long haul, as long as this trajectory continues.

Cautious optimism is the common theme.

“We’re talking tangentially about something that feels like it’s just starting up,” said one developer. “Of course it’s going to feel really good right now.”