Minecraft Gets Graphics Overhaul Later This Week On PC 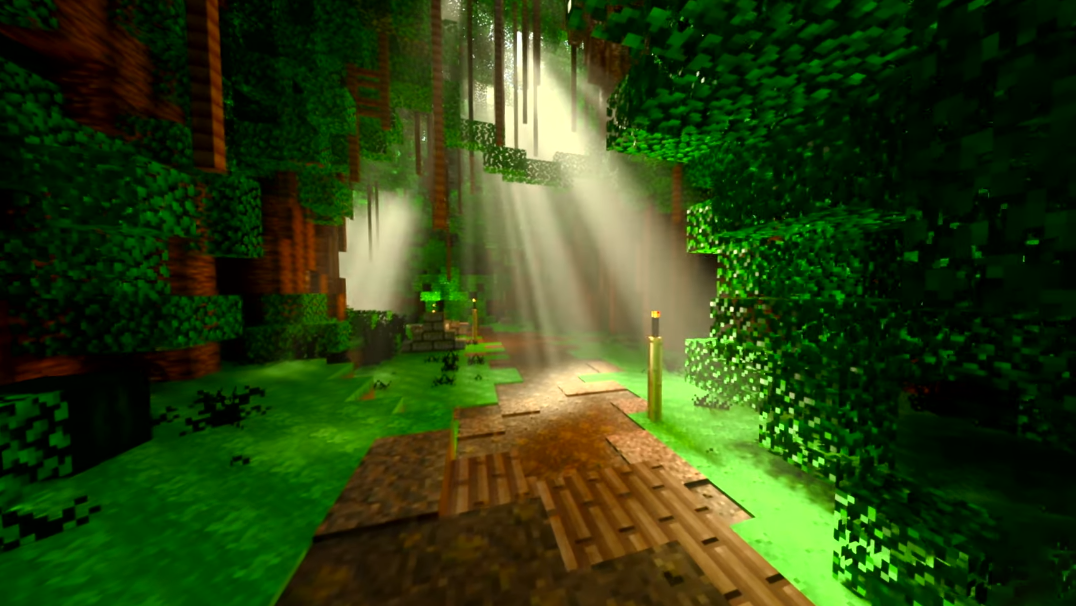 Players will be able to explore Minecraft with dazzling new visuals when its RTX Beta gets underway on April 16.

Nvidia announced it was working on bringing real-time ray tracing to the popular open world crafting game at last year’s Gamescom and according to a new blog post by the company the fruits of that labour are only a few days away. The write-up has a lot of technical info, but it basically boils down to the idea that ray tracing makes Minecraft look a lot more vibrant and life-like thanks to things like better shadows, reflections, atmospheric effects, and other improved ways that lighting works.

When the beta begins players will be able to explore six finished worlds created by existing Minecraft creators meant to showcase the new visual effects. One is called Aquatic Adventure and consists of a kingdom set out in lagoon, while another, Imagination Island, is a sprawling theme park complete with a Ferris wheel. The beta even includes Neon District, the Cyberpunk 2077-looking world by YouTuber Elysium Fire.

Of course, it wouldn’t be Minecraft without players being able to build their own stuff, and in addition to creating new worlds from scratch Nvidia also has a handy guide for how players can try to port their existing creations into the beta so they can see how they look with ray tracing. Players can also experiment with making new “physically-based textures.” Unlike Minecraft’s normal textures, which consist of base colour and opacity, these new textures also include four more attributes: metalness, emissiveness, roughness, and height. The result is blocks that look more realistic and tactile and less like MS paint files you printed out and pasted onto a wall.

There’s no current end-date for the beta, Microsoft program manager for Minecraft, Kasia Swica, told Polygon the company expects to release the ray tracing graphics overhaul as a free update for the game “sometime within this calendar year.”