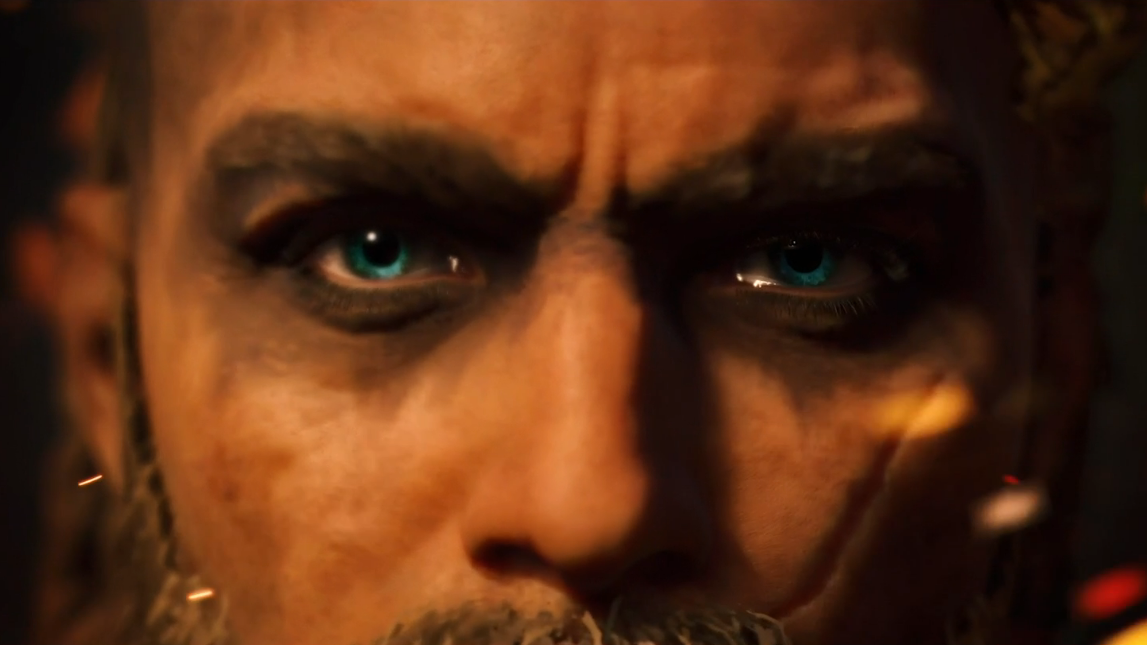 Screenshot: Ubisoft, Assassin’s Creed Valhalla
To sign up for our daily newsletter covering the latest news, features and reviews, head HERE. For a running feed of all our stories, follow us on Twitter HERE. Or you can bookmark the Kotaku Australia homepage to visit whenever you need a news fix.

Microsoft finally showed its next-gen Xbox Series X in action today during a special edition of Inside Xbox featuring a slew of trailers for upcoming games, including Assassin’s Creed Valhalla, Dirt 5, and Yakuza: Like a Dragon.

Over a dozen games were shown during the roughly hour long event and while many of them were from smaller publishers, it still provided our first glimpse, even if only a glimpse, of what gaming on the next cycle of hardware will be like. Let’s breakdown everything we saw. 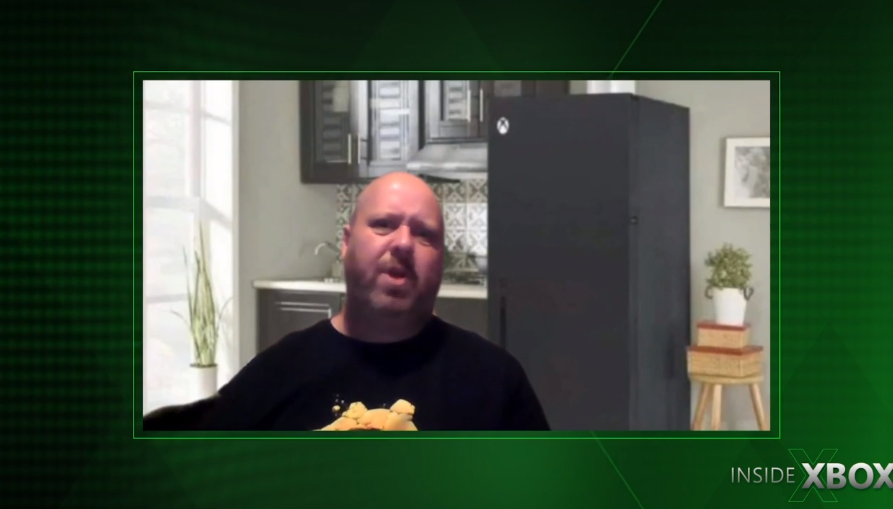 Microsoft kicked off the event with a giant Xbox Series X fridge.

Xbox marketing manager Aaron Greenberg got things underway with a live broadcast of his kitchen where a new limited-edition Xbox Series X was keeping his groceries fresh.

Bright Memory Infinite is an upcoming first-person action game with guns and swords.

Previously announced for PC, the first game Microsoft showed was Bright Memory Infinite. Running on Xbox Series X it looked like it was running on a very high-end PC, which is to say shimmering with detail and texture. This footage is still only “in development” though.

Xbox Series X touts 4k resolution and frame rates up to 120. Dirt 5 won’t do both but according to its development team you can choose which you want to maximise, playing in 4k at 60fps or 120fps at a lower resolution.

A bunch of other games are headed to Xbox Series X: 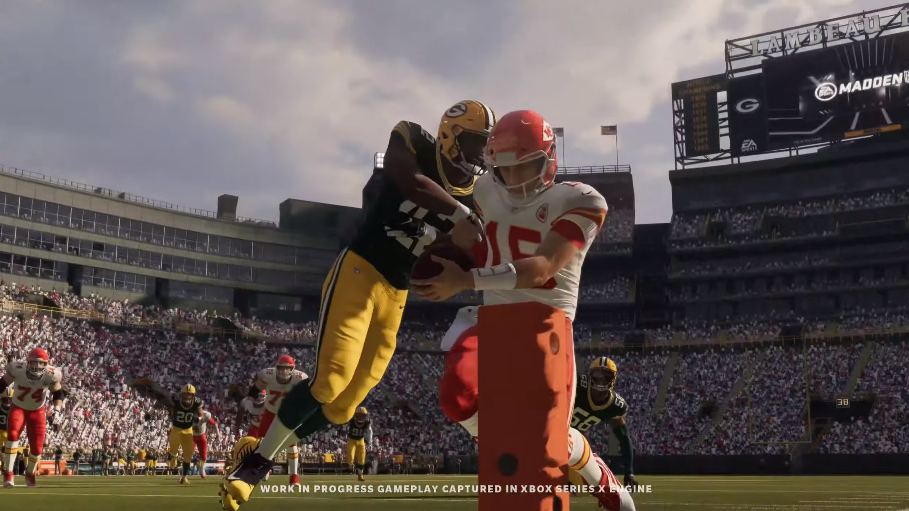 Madden NFL 21 will be free on Xbox Series X if you already bought it on Xbox.

EA didn’t call it Smart Delivery, Microsoft’s name for getting the next-gen version of games when you buy the existing ones, but it looks like it’ll have basically the same thing, a boon to sports fans since Madden usually releases late summer and Xbox Series X isn’t out until the holiday season. 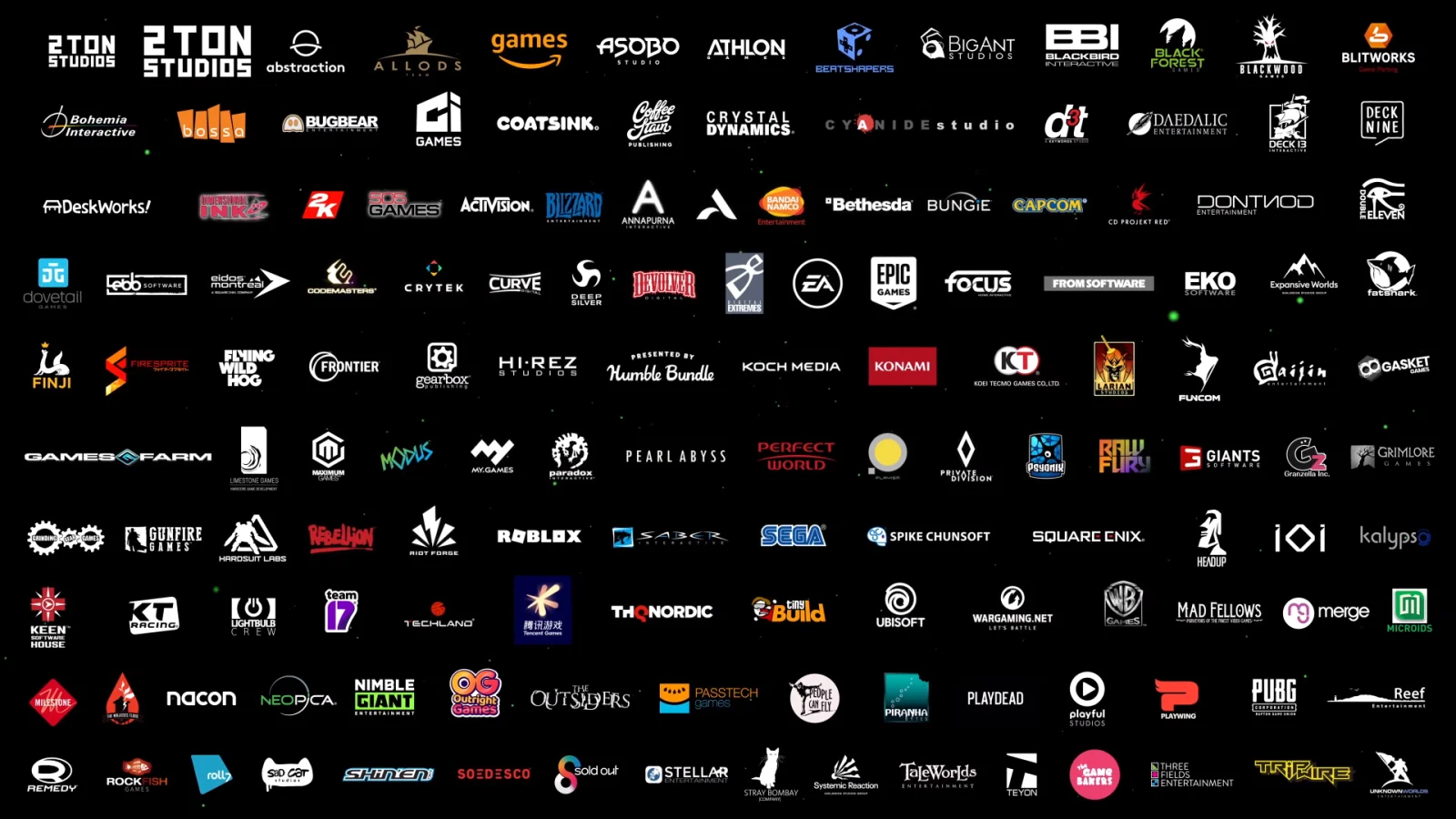 A ton of companies are currently working on Xbox One Series games.

Microsoft threw up a bunch of logos for all the publishers currently slated to bring games to the Xbox Series X. As you’d expect they include many of the major ones both big and small.

Coming to Xbox Series X in addition to Xbox One, PS4, and PC, Bloodlines 2 is looking extremely stylish and colourful in a new trailer that shows you all the reasons you should try not to go dancing with vampires.

We didn’t find out much about Scarlet Nexus but it has brooding youths, futuristic warfare, and…giant flying mutant plants?

Yakuza: Like a Dragon, already out in Japan on PS4, is also coming to Xbox One.

The new RPG-focused Yakuza has giant crabs, satellite laser beams, and all the extravagant battle animations you could hope for.

We got our first look at Assassin’s Creed Valhalla’s gameplay.

The trailer cut back and forth pretty fast, but the parts that appeared to be in-game rather than cinematic looked good. The also looked like more Assassin’s Creed. While exciting for fans of the series, it didn’t do a whole lot to show off what will be special about playing it on Xbox Series X.

Smart Delivery means that when you buy a game on Xbox One that’s also on Xbox Series X, you’ll automatically get access to the next-gen version when you eventually get the new console. Here are the games from today’s Inside Xbox that support it:

As Mike Fahey wrote back when it was announced, Smart Delivery is either a godsend or just common sense.

And that’s it! There wasn’t really a show stopper that seemed demonstrate how Xbox Series X will feel like a generational leap in gaming, but we did get to see a lot of new games. Not bad for an episode of Inside Xbox given the show’s recent track record and the fact that Microsoft has already spent the last several months slowly rolling out new information about its upcoming console.

Today’s Inside Xbox was only the first in a series of new monthly events about the Xbox Series X that Microsoft’s calling Xbox 20/20. There will be another one in June which we haven’t heard much about yet, followed by a July event showing first-party games like Halo Infinite running on the new hardware. Hopefully by then we’ll have more specific information about launch dates and how much the Xbox Series X’s will actually cost.