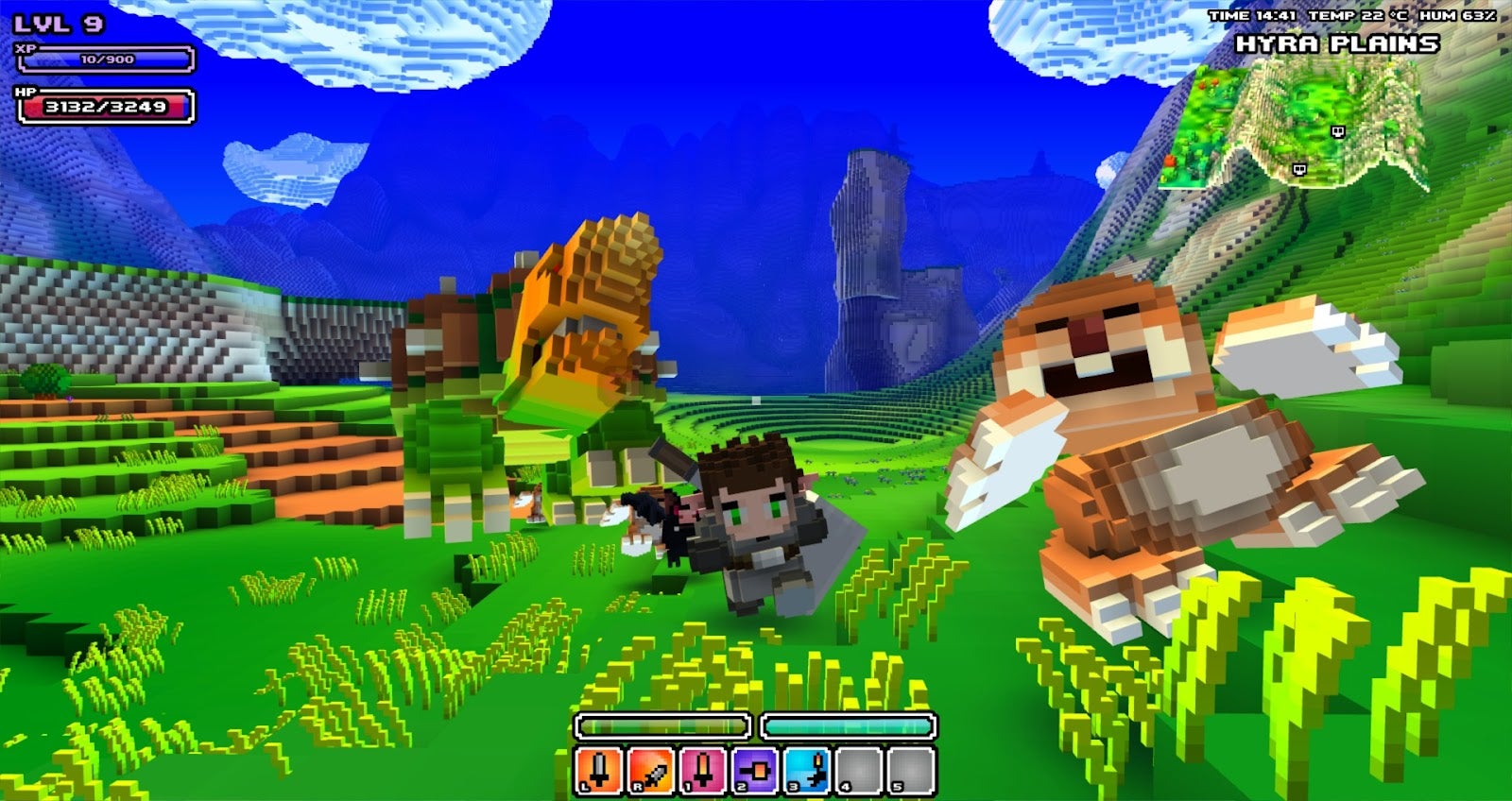 Cube World grabbed endless headlines for good reason: it looked incredible. A playable alpha was released in July 2013, but the game only received a few updates before things got weird. The last time the developers said anything publicly was over a year ago. Is it dead? Apparently not.


It once cost $US20 to jump into Cube World, but the game stopped being sold a long time ago. It’s understandable people feel burned, especially since the developers have seemingly dropped off the face of the planet. If development has stopped, at least tell people, so they can move on.

One of Kotaku‘s readers investigated Cube World‘s disappearance in October 2013, and the developers told Patricia that, despite the silence, things were cool.

The last time we heard about Cube World was June 2014, when a YouTube video teased the addition of quests, which would have gone a long way towards giving the game some structure.

Even now, there are people begging for more information.

There have been no updates on Cube World‘s website or Facebook account. Neither developer has said anything on social media in months. Wolfram? June 2014. Sarah? December 2013. The last tweet from Wolfram was heavily retweeted and favorited, showing enthusiasm for the game.

Then, nothing. When a reader pointed this out to me, it caught my eye. So when I decided to email Wolfram and Sarah, I didn’t expect a reply. To my surprise, though, one came quickly.

“We’re still working on the quests,” said Wolfram. “It’s quite difficult and a lot of work to make randomly generated quests that are fun and non-repetitive. Since the last published video, I redesigned the quest system several times but didn’t want to tease fans with new features before I’m 100% happy with them. Maybe I’m a bit perfectionist here, but I just don’t want to develop Cube World in the wrong direction.”

It’s common for development to take longer than expected, but would it be too much to let people know “hey, we’re still here”? Wolfram claimed he didn’t want to mislead anyone.

“When I’m working on something complicated I prefer to focus fully on development until I’m done and can show the results,” he said. “Unfortunately it’s taking longer this time. I’m not posting ‘hey, we’re still here’ because that’s beyond all question – Cube World is my passion project and I will work on it until it’s finished.”

I’d say fans of Cube World might disagree with him there.

Wolfram didn’t have a timeline for the quests update, but said they’d be “a big step towards the full game,” and there’d be more to share soon.

“Currently I’m quite happy how it’s coming along and I hope to post more updates about the quests and other new features as soon as possible,” he said.

Our collective interpretation of “time” and “soon” may be different than Wolfram’s, however.

As for why Cube World can’t be purchased right now, Wolfram pointed towards a change in EU tax law that makes it makes it very complicated to sell games online if it’s not through Steam.

“The new law makes selling games on your own far more complicated (especially for a two-person team like us) and requires me to re-implement the shop on our website,” he said. “Since I’m doing also the web programming all on my own, I decided to focus on developing the game before taking care of the shop, so the fans get their update as soon as possible.”

There are no plans to release Cube World through Steam until the game is out of beta, but fans should be able to purchase the game again when the quests update goes live.

Here’s hoping that happens sooner, rather than later.