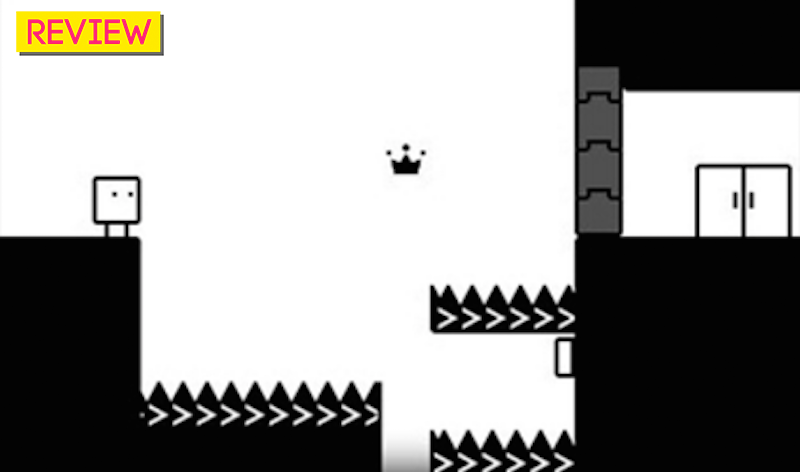 How to improve a game like BoxBoy? How to create a sequel to a game that was simply perfect, flawless in both idea and execution? Easy: You add another box. Meet BoxBoxBoy, the wonderful successor to last year's surprise 3DS gem. It's got the same core concept as BoxBoy and it reuses many of the mechanics, with one key difference: You can now conjure up two sets of boxes instead of just one.

The first BoxBoy, as you may already know, is a simple puzzle game with a single gimmick: Your four-sided protagonist, Qbby, can summon a retractable chain of boxes that serve multiple purposes. You can use them as a bridge to cross a pit. You can turn them into a hook and latch onto a ledge. You can build them into tetrominoes and use them to solve a variety of increasingly difficult puzzles, all based around your ability to think in boxes.

If you enjoyed BoxBoy — and if you played BoxBoy, you probably enjoyed it — you will enjoy BoxBoxBoy just as much. It may even be better, because it doesn't have the same over-tutorialised set of intro levels. BoxBoxBoy's worlds start throwing interesting challenges at you at a pretty rapid pace. Although many of the mechanics will seem familiar to anyone who played the first game — yep, there's the conveyor belt, and the gravity pillars, and the buttons that need to be held down — they're more elaborate here.

You have to conceptualise each map a little differently this time around, given the whole "two box" thing. You'll have to combine your two sets of boxes in some weird ways to solve BoxBoxBoy's puzzles. And you may find yourself, as I did, getting stuck more often than not, especially if you want to limit your box use to stay within the "cap" that will let you collect those crowns that disappear when you use too many boxes.

BoxBoxBoy is a game best shown rather than told, so here's some footage of me playing through it:

In short, if you liked BoxBoy, you'll really like BoxBoxBoy. If you didn't play BoxBoy, I don't know what you're waiting for. BoxBoxBoxBoy? Might be a bit too much.