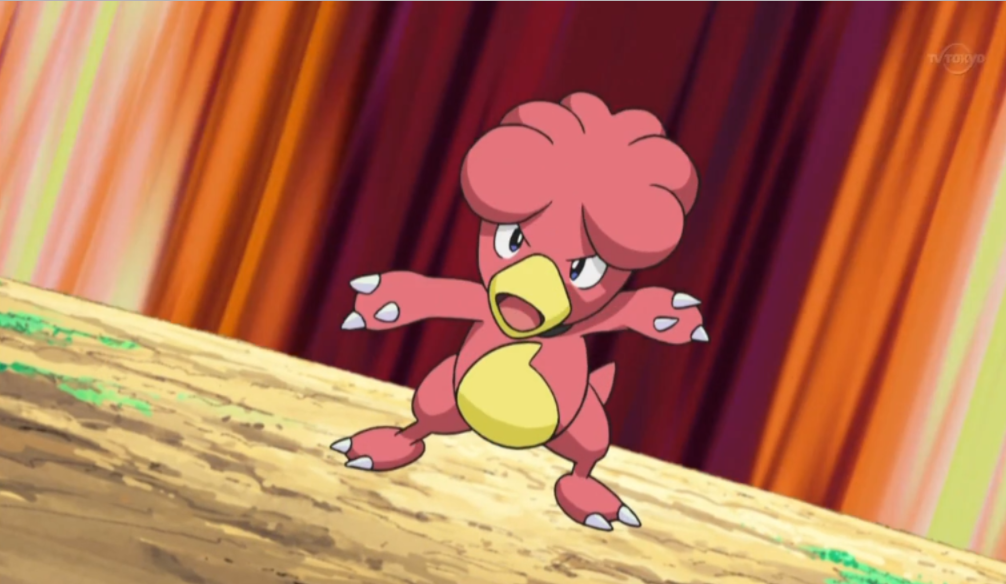 Pokemon GO’s latest update isn’t what players were expecting. For weeks, fans hoped for a whole batch of 2nd generation Pokemon — bright, adorable Chikoritas or Espeons, and over 90 more little monsters. Or, at least, a few new Pokemon that players could encounter in the wild. Nope. No. Nope.

Yesterday, Pokemon GO released seven new “baby” Pokemon that players can only hatch with eggs. In addition to most of the original 150 monsters, players can now get Magby, Elekid, Smoochum, Pichu, Togepi, Igglybuff and Cleffa (though apparently not Tyrogue, another 2nd gen baby Pokemon) by grabbing new eggs from PokéStops and walking two to ten kilometers. Also, a Santa-hat-wearing Pikachu is now spawning all over. Sound like a nice, satisfying batch of content?

Everyone who was waiting for the #PokemonGO announcement is now just like pic.twitter.com/JFnl5xAItF

Paraplan on the Silph Road subreddit

Skyfartalot on the Silph Road subreddit

On Pokemon GO subreddits and over social media, those who stuck with mobile game through hellish updates and bad design decisions complain that the seven baby Pokemon are a total bummer, and no hat on any Pikachu can solve that. Also, there’s a bit of a problem with hatching Pokemon eggs in December: trudging 10 km in the snow for an uncertain outcome. Here’s what disappointed fans are saying:

Right now, there are seven and not 100 new Pokemon

How lame that gen 2 pokemons only appears by hatching eggs (& there's not many of the new pokemons). #PokemonGO Still playing tho ?

Seven is fewer than 100. None of the seven are the wildly popular 2nd generation Eevee evolutions. Umbreon is so lovely. Sigh.

In July, players started reporting that they’d caught all the available Pokemon. To several players, mid-December felt like prime time for a fresh load of Pokemon. And there’s a real reason why fans are expecting one: Dataminers unearthed the trappings of 2nd gen Pokemon in the game’s code weeks ago, a Silph Road representative told me.

To be clear though, players aren’t sure whether the seven egg Pokemon, plus a few 2nd generation evolutions, are the end of the story. When reached for comment, Niantic told me they prefer to keep these things a surprise.

To get them, you have to hatch eggs

It’s a cute idea! But it presents some problems.

First of all, you’ll need to hatch the new Pokemon with new eggs you got post-update — not old ones. But you can’t actually get rid of old eggs to make space. And you can’t un-incubate eggs that are already incubating. So several players report that they’re racing to hatch old eggs and buying (with real cash) new incubators from the Pokemon GO store to better their chances. Yay, capitalism!

To get them, you have to hatch eggs in the Summer

i'm super disappointed with the pokemon go update, considering i live in the north and there's a good foot of snow on the ground

Also, it’s summer. What’s better than walking 10 kilometers in searing heat to hatch a virtual egg that may or may not be Magby? Several things.

Where Are The Legendaries?

R_O_F_L on the Pokemon Go subreddit

Who knows? The first batch of Pokemon we got, which (except Ditto), remained the only batch until Monday, didn’t include legendaries like Mewtwo and Articuno. Dronpes, a representative of Pokemon GO watchdog collective Silph Road, told me that he thinks the legendaries will be released for “more involved events than those like the Starbucks or Sprint collaborations we saw last week” and not for another few weeks, minimum.

Where’s the PvP? Trading? All the other stuff that makes Pokemon …. Pokemon?

Frankly, this seems outside the scope of the update. And a mobile Pokemon-tracking game that can barely handle tracking.