At First, Nintendo Couldn't Agree On How To Depict Zelda In Breath Of The Wild 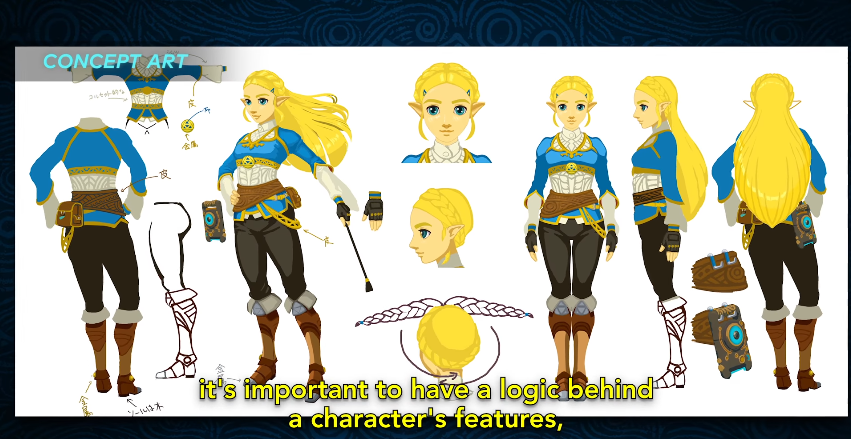 The Legend of Zelda has legacy, and every entry in the series is a chance to embrace or refute that tradition. Nintendo's considerations on how to do away with conventions even trickled down to established characters, such as Zelda.

Today, Nintendo released a three-part series on the making of Breath of the Wild in which they discuss how the game started, how they developed the open world, and how they decided to write certain characters. According to Nintendo, the most "difficult" character to define "by far" was Zelda herself. Here's Breath of the Wild director Hidemaro Fujibayashi on the design process:

Zelda was planned in a different way entirely. Rather than coming up with her story, we approached her character in two separate ways. The planners started by thinking about what kind of person Zelda is, and why she's in a position that makes us want to save her. They focused on what sort of setting the game should have. The designers, on the other hand, took a completely opposite approach, or perhaps I should say different approach compared to the planners. For them it was all about first impressions... about how Zelda's design could make you feel something deep inside. At first, the planners maybe didn't understand that as much. As we keep discussing her, though, they realised what while of course it's important to have a logic behind a character's features, it's important to also consider the things that make players see Zelda as a unique individual. You really can't create something amazing until you integrate those two viewpoints.

According to art director Satoru Takizawa, they were so worried about getting Zelda's depiction just right, that they kept refining her look until the end of development:

The character that was the most difficult... well that would be Zelda, by far. The reason behind that, well, it's sort of obvious... I mean, she's the heroine. Until the very end, we were making subtle changes to her gestures, the lighting, the way her eyelashes look, stuff like that. We were saying, "No she looks better this way, no this way," until the very, very end. So I think that would make Zelda the most memorable, but also the most challenging character, no question about that.

Throughout the video, Nintendo shared all sorts of Zelda design concepts that didn't make the cut, and they're fascinating to look at: 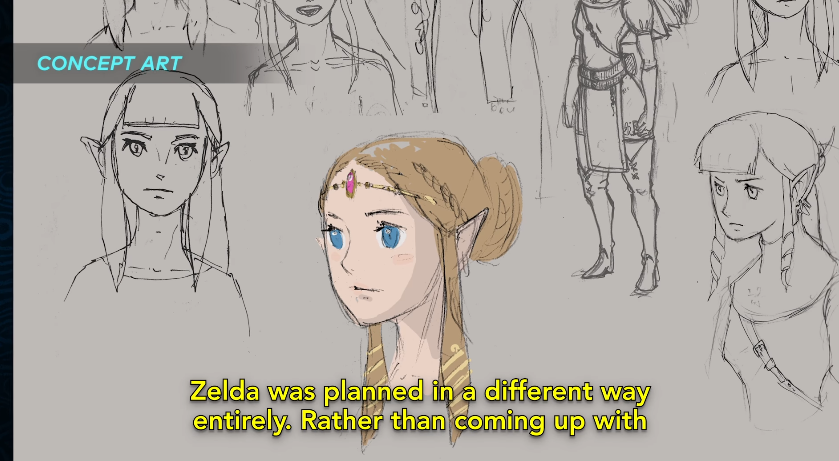 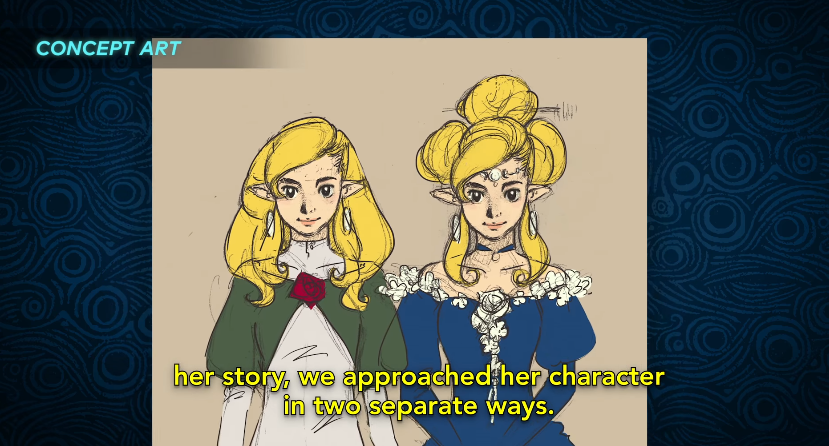 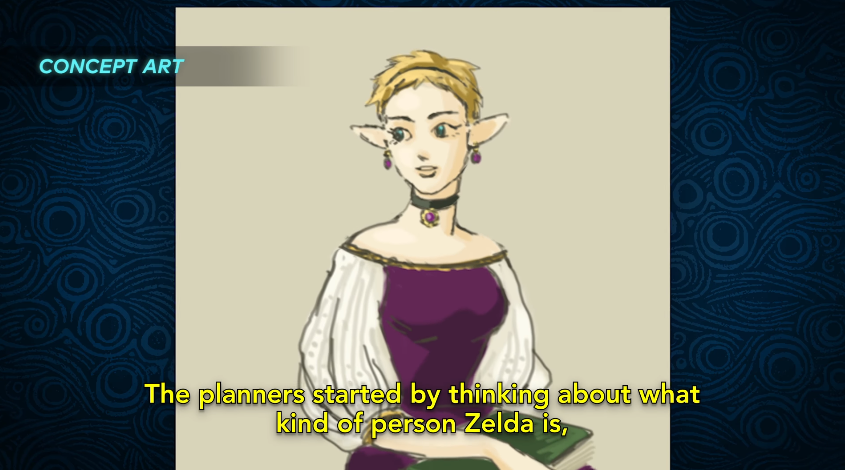 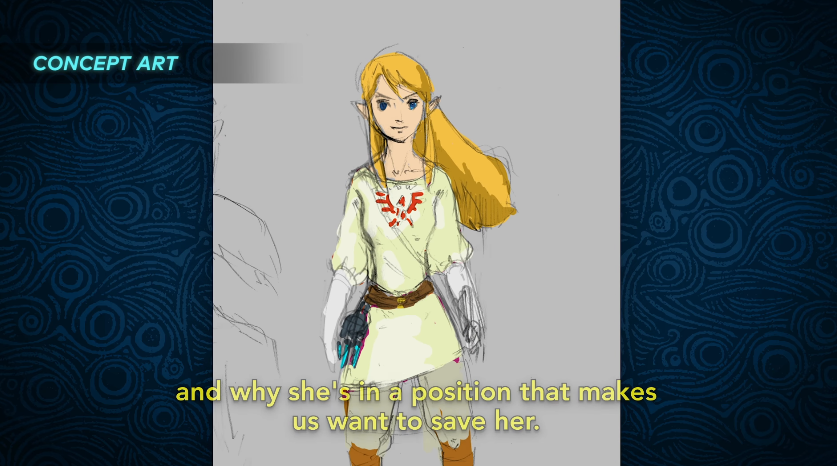 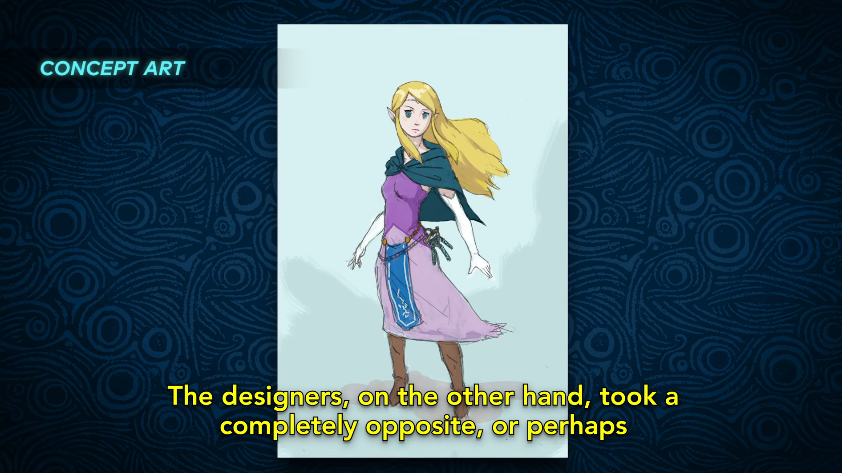 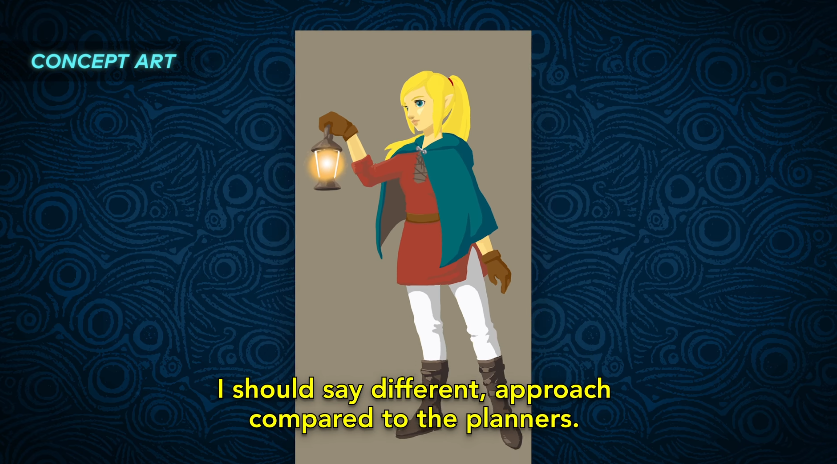 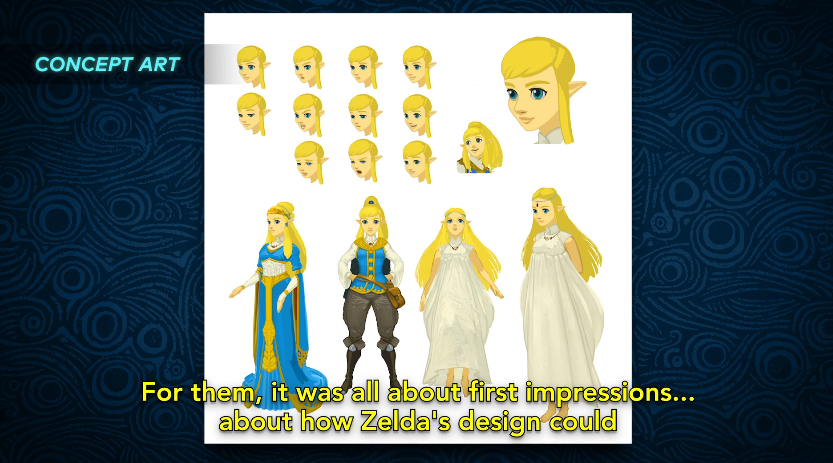 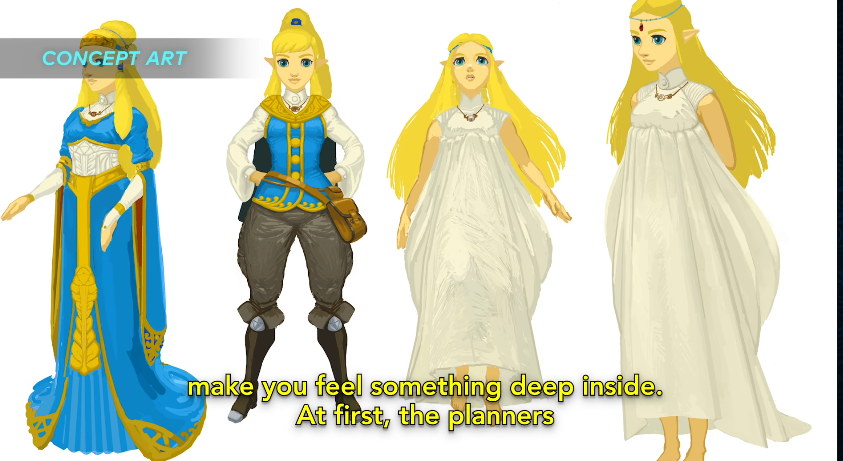 Personally, I'm very happy with what they settled with.

The whole "making of" series is worth a watch if you have 30 minutes to spare, as the videos are full of fascinating little insights:

For example, did you know that at one point, Nintendo wanted to make Breath of the Wild look like this? 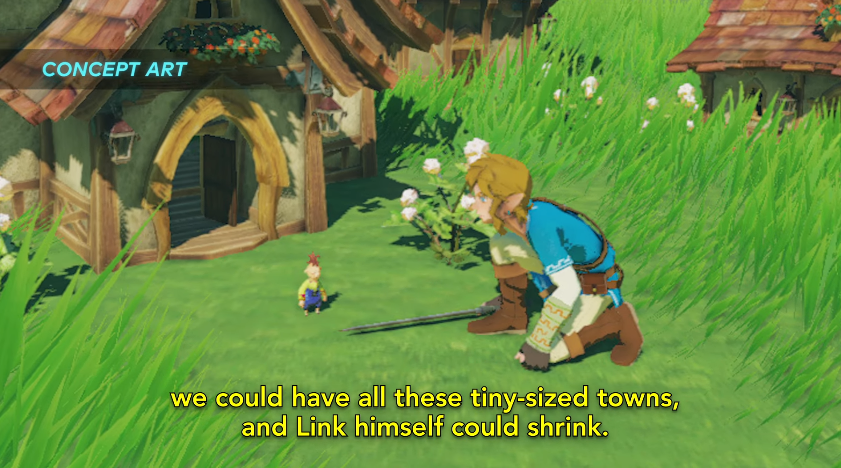