Fortnite’s Tilted Towers Temporarily Had An Address On Google: The Freedom Tower

I stumbled upon something strange today while writing up a story about how the Fortnite cube crushed a building in Tilted Towers.

Looking up an image of Tilted Towers on Google brought up a listing for a real world address. But it wasn’t just any address; it was the site of One World Trade Center, also known as the Freedom Tower.

The Freedom Tower is the tallest skyscraper in the Western Hemisphere, erected in the aftermath of the September 11, 2001 terrorist attacks in downtown Manhattan. When I searched Google for “Tilted Towers” this morning, the building’s address (alongside a 4.3 star review) said that it was a nightclub located at the site of the Freedom Tower.

There were also multiple reviews of Tilted Towers, the actual video game location.. 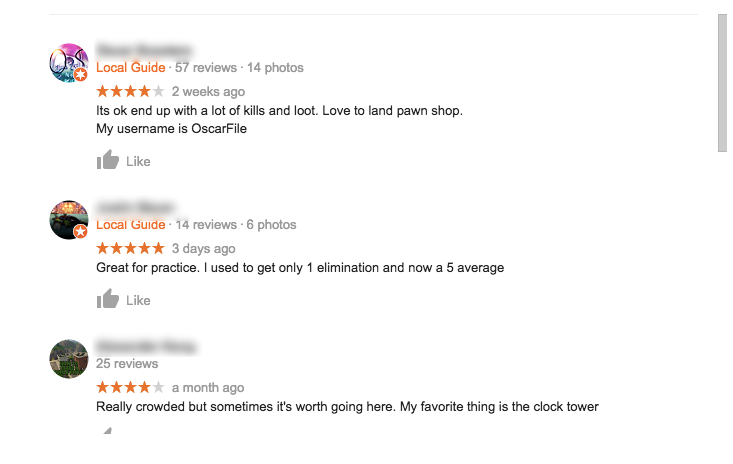 I reached out to Google to ask if they were aware of the fact that their services, including Google Maps, were pointing search results towards a location from a video game. I assumed that this was a result of faulty algorithms. I received the following response from a representative:

“The issue you’ve raised is not associated with a Google Search algorithm. We’re heavily invested in empowering users to contribute their local knowledge to Google products and services. Users can use the “suggest an edit” link to update business listing information or the “add a missing place” link to add missing places. Overall, allowing users to make suggestions provides comprehensive and up-to-date info, but we recognise there may be occasional inaccuracies or bad info suggested by users. When this happens, we do our best to address the issue as quickly as possible.”

Google search results no longer feature an address for Tilted Towers. I followed up to ask Google to clarify the factors that could have led to the listing, including how many users are required to make a suggestion before they appear, but did not receive a reply in time for publication.