Behold, The Mother Of All Civilization VI Canals

civilization 6civilization VIcivilization vi gathering storm
To sign up for our daily newsletter covering the latest news, features and reviews, head HERE. For a running feed of all our stories, follow us on Twitter HERE. Or you can bookmark the Kotaku Australia homepage to visit whenever you need a news fix.

I’ve written before about how canals are very much a thing in Civilization, but the latest expansion for Civilization VI kicks this up to a whole new level.

In Gathering Storm, the traditional idea of a Civ canal—a city that bridges two landmasses — is massively expanded on, with players able to build small canals of their own joining a city tile to an ocean, and also the Panama Canal wonder, which does much the same thing only bigger.

Anony_Person found a spot where they could combine both, and the result is something beautiful. That’s seven tiles spanning a continent, with the Panama Canal wonder in the middle, and individual canals linking the cities to the coast. It’s glorious to behold, even more so when you see that the canal lands right on the continent name. 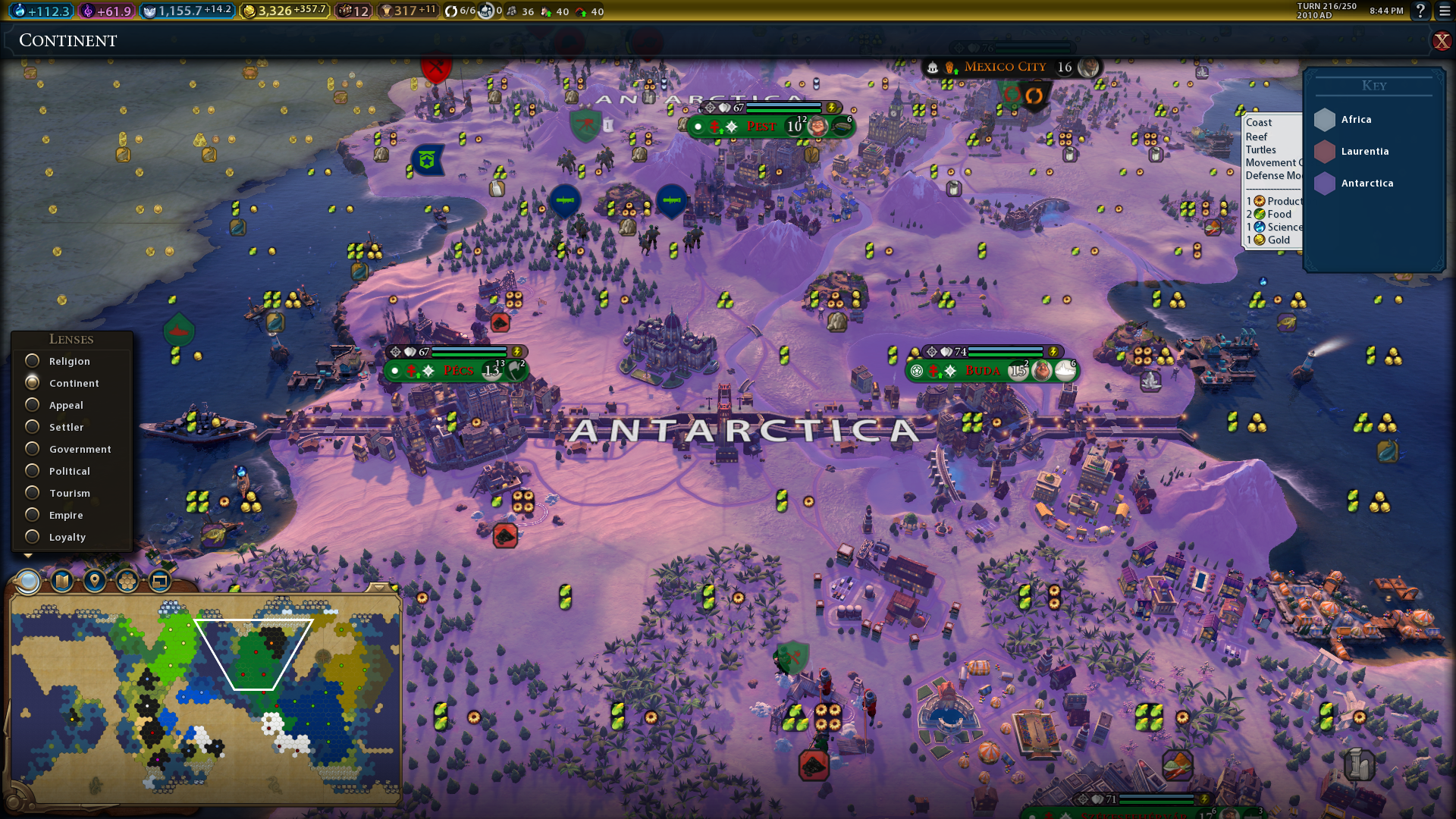 Of course, Civ fans being Civ fans, as impressive as this is today I expect to be updating this post in 12 months time with a 17-tile monstrosity that lets battleships cross the map at the speed of light.

For Civ fans, the future has been set in stone since October 2016: no matter how good Civilization 6 was at launch, it wouldn’t be done until it had gotten two expansions. Well, now it’s got them.