That Time Nintendo Took The Game Boy (and Pokémon) Online

When it comes to online play and digital distribution, Nintendo always seem two steps behind its competitors. But things weren’t always like this, at least in Japan.

Back in the late ‘80s and early ‘90s Nintendo actually brought both the Famicom and Super Famicom (known as the NES and SNES elsewhere) online via powerful console peripherals like the Famicom Modem and the Satellaview. Users could download games, trade stocks, read digital magazines and more with these bulky add-ons. In fact, every single Nintendo home console released in Japan, from the Famicom to the Switch, has featured some form of online connection.

As the late ‘90s gave way to the new millennium, Nintendo decided it was high time its long-standing Game Boy handheld made the jump to an online space of its own. This move was likely inspired by the record-setting sales of Pokémon, a series introduced in 1996 that had almost single-handedly revitalised the Game Boy brand. The Pokémon series’ focus on battling and trading with others via the Game Boy link cable made the idea of producing an online component for the Game Boy an obvious next step. 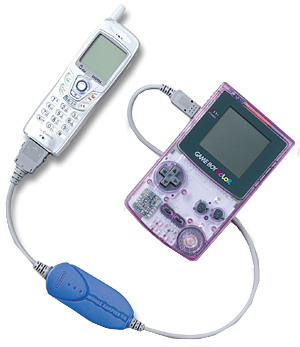 With this goal in mind, Nintendo partnered with fellow gaming giant Konami to form a new development company known as Mobile21. A 50/50 joint venture, Mobile21 was created solely to bring the Game Boy online and produce games compatible with its new mobile network.

Thus the Mobile Adaptor GB was born — a device that allowed Japanese players to plug their Game Boy Colour (and later Game Boy Advance) into a cellular phone to access a host of online services. Unsurprisingly, this service, dubbed Mobile System GB, wouldn’t be free. Players who wanted to use their Mobile Adaptor GB for its intended purpose would be charged by their phone company for their data usage while connected to the Game Boy’s online service.

Though the Mobile Adaptor GB was planned to launch alongside the greatly anticipated Pokémon Crystal in December of 2000, Mobile21 decided it was necessary to delay the accessory to late January of the following year. Sold for ¥5800 (around $80), the Mobile Adaptor GB came bundled with a special Game Boy Colour cartridge that allowed users to download Game Boy-related news and send emails, as well as check their Mobile System GB registration details and balance. Upon launch Nintendo’s fancy new peripheral only worked with a single game. Luckily, it just so happened to be one of the most popular games in Japan at the time. 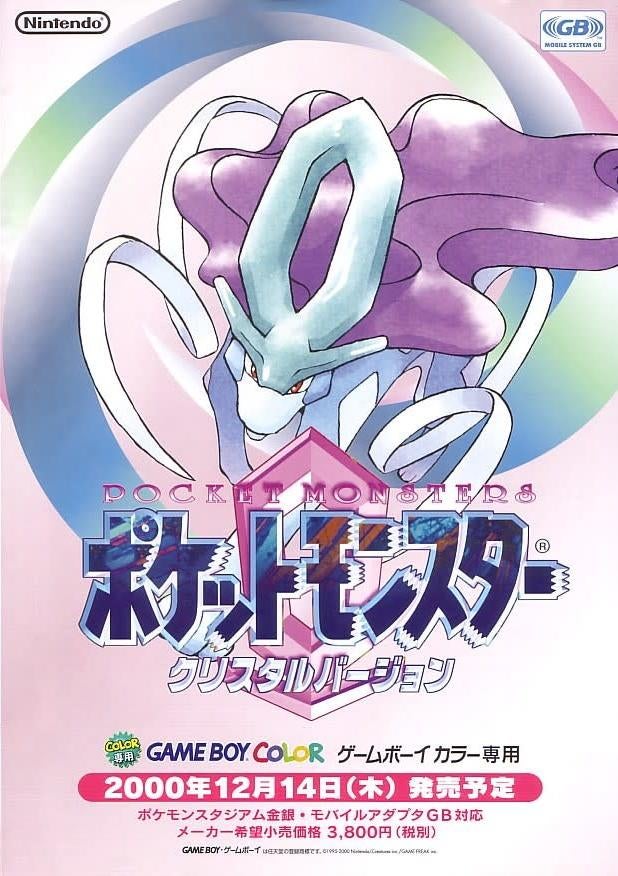 Though not drastically different from Gold and Silver, Pokémon Crystal was certainly the most polished game of Pokemon’s second generation. The game’s biggest addition by far, one that would never make it to the West, was its online capabilities via the Mobile Adaptor GB.

Once players had officially connected their copy of Pokémon Crystal to the Mobile System GB network, an array of features became immediately available. As a welcoming gesture, every online player was gifted a digital “Egg Ticket,” which they could trade in-game for a coveted “Odd Egg.”

This was one of the few free online transactions, with players forking over ¥10 (roughly 15 cents) a pop to trade or battle with random strangers and ¥100 (roughly one dollar) a month for access to Pokémon news and quizzes via the in-game Pokémon Communication Centre. There was even a ¥20 option to record one’s mobile battles and upload them to Pokémon Stadium 2 via the Nintendo 64 Transfer Pak. Online interaction with friends, initialed by simply ringing them from a connected phone, cost the two parties involved their normal mobile calling fees.

The aforementioned Battle Tower, a concept that would see iterations in nearly all Pokémon games moving forward, was designed by Game Freak with the Mobile Adaptor GB in mind. Forever closed to offline players in Japan, the Battle Tower was the site of the game’s ¥10 battles with unknown trainers. With enough victories online a trainer could earn the title of Room Leader, an honour recorded in an constantly-updating Hall of Fame that could be stripped away by losing to a talented new challenger.

Of course, when Pokémon Crystal made its way overseas months later all functionality with the Mobile System GB network had been scrapped. Gone were the online options and Pokémon Stadium compatibility. All that remained was the Battle Tower, which had been tweaked to allow all players inside, providing a series of increasingly powerful CPU trainers in lieu of online opponents.

While Pokémon Crystal did fairly well in Japan, moving over 1.5 million copies, it still stands as one of the lowest selling main series Pokémon games to date. The Mobile Adaptor GB fared much worse, selling less than 100,000 units in its short two-year lifespan. Even with more than twenty compatible games on the market, it was clear Japanese residents just didn’t have much of an interest in connecting online via the Game Boy.

Though, to be fair, many die-hard players may have simply been too young to afford such a luxury. Years later, many have speculated that the failure of Nintendo’s online service was likely due to the fact that its main draw, Pokémon Crystal, was a game targeted at children, a demographic rarely associated with cutting edge technology or large sums of expendable money.

Regardless of its unfortunate failure and relative obscurity outside of Japan, the Mobile Adaptor GB was certainly a huge step in the right direction for both Nintendo and Pokémon.

It would be five years later, with the release of Pokémon Diamond and Pearl, that trading and battling online would return. By harnessing the built-in WiFi capabilities of its wildly popular DS handheld, Nintendo had finally reached the goal it had set out to achieve with Pokémon Crystal — an online system that could connect mobile players the world over.