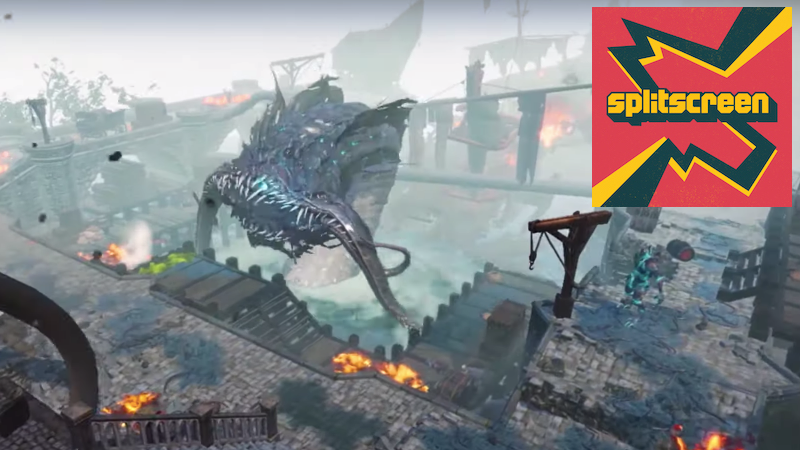 <em>Divinity: Original Sin 2</em> (Screenshot: Nintendo, <a href="https://www.youtube.com/watch?v=Cf_eCJl5-ts">YouTube</a>)
To sign up for our daily newsletter covering the latest news, features and reviews, head HERE. For a running feed of all our stories, follow us on Twitter HERE. Or you can bookmark the Kotaku Australia homepage to visit whenever you need a news fix.

Divinity: Original Sin 2 is a big, chewy role-playing game that benefits from a mouse and keyboard, but sometimes, you just want to lie down on the couch and play a game on the Switch. The game’s new Switch port allows players to go from one to the other, like magic. On this week’s Kotaku Splitscreen, we talked about how great that feels.

First up, I talk about its lacklustre Chamber Dungeons mode.

Kirk is playing Divinity: Original Sin 2 and he also beat Telling Lies. Next, we get into the news of the week (33:53), including new discoveries in P.T., Destiny‘s five-year anniversary, and esports’ quest to get into the Olympic Games.

We close with off-topic talk (48:58) about Derren Brown’s “Secret,” Dark Crystal: Age of Resistance, Succession, an NFL story from Jason, and Kirk’s music pick of the week.

Read an excerpt below.

Kirk: So, Divinity Original Sin 2. It’s a CRPG, really complicated and amazing role-playing game, isometric view, point and click. I guess it’s on consoles now. You and I love it, Jason; it’s one of my favourite games ever.

I had to restart it because they released a Definitive Edition and they fixed all the stuff in the back half. I was into the final act; I was 80 hours into the game, but I would rather see the better version of the ending. That means I had to start over, and that just stopped me, because that’s a lot of time to replay into a game that’s really big and thick.

So this game coming out on Switch, which they announced at the Direct… it was a really unexpected thing, and the game was out that day. So I got a code for it. I don’t know if I would have bought this having already played the game so much and played it on PC, but man, I am in a perfect position to take advantage of this game on Switch because it has cross-save with Steam.

Kirk: Holy shit, it’s incredible. I’ll talk about how the game plays a little bit, but the fact that you can just pick it up and it’s like, boom. Load your save! And then you play, and then you quick-save and it saves it, then close the game and then load it on PC and I’m right where I left off. That is amazing. That is the dream. This is the first time I’ve had that for this kind of game on the Switch.

It doesn’t play or look as good on the Switch; it’s not even close. Obviously, I think this game really benefits from having a mouse and a keyboard, so the controller stuff is just really finicky, but also it just doesn’t look that great. Still, it looks pretty good. It looks fine. Especially because I already know the game, because I already played it.

I’m almost an ideal person for this kind of a Switch port, because I know the game. I know where I’m going. It’s easier for me to find my way around, and I know who to talk to and what to do. Figuring all of that out on a smaller screen with a controller might be a pain, if someone’s never played this game and just played it on Switch. Then again, it might be fine, because it’s a really good game.

Anyway, I think that that’s just amazing. The cross-save thing feels like magic, and that’s exciting. I don’t know if I’m really going to play the game all the way through, because I don’t have that much time, but it’s cool to have the option.