Launched following last week’s Nintendo Direct, Super Kirby Clash is a free-to-play multiplayer game pitting multicoloured Kirbys in medieval cosplay against massive bosses. I love the battles, but the game’s economy and endless upgrade cycle have me wondering how long that love will last.

Nintendo calls Super Kirby Clash a free-to-start game, which is a fancy way of saying free-to-play without actually saying it. Anyone with a Nintendo Switch can jump onto the eShop, download the game, and hop into its odd class-based action role-playing boss battles without spending money. If you owned a 3DS, it might be familiar, because the game is an enhanced port of Team Kirby Clash Deluxe which released in 2017.

The game opens on a small, side-scrolling village. Here, the player, a proper pink Kirby, can shop for equipment, use the adventurer bell to receive gifts from other players, or embark on quests, either online with other players or offline with AI adventurers. 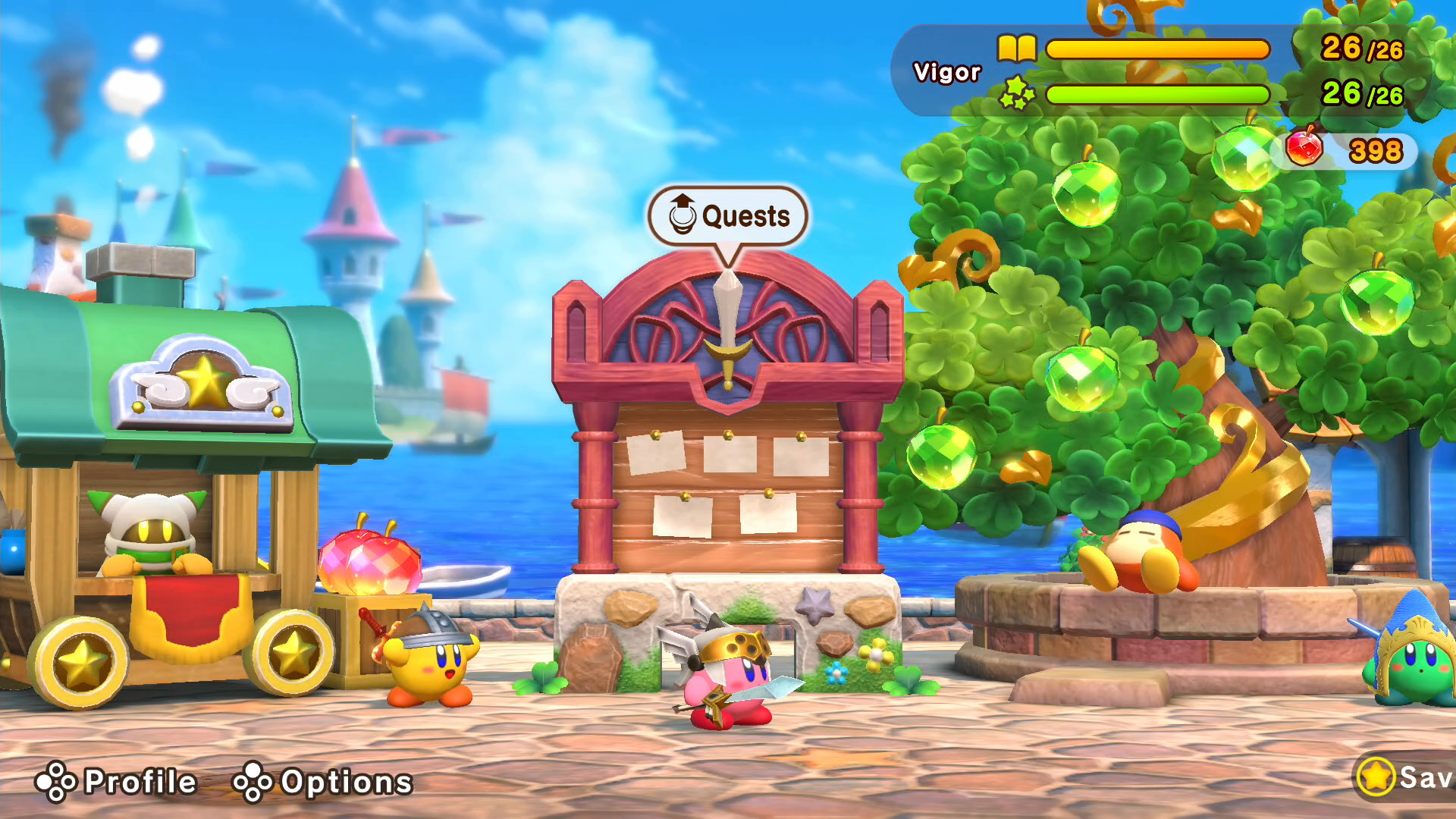 The fights are a lot of fun, especially with four human players working together. The Sword Hero slices and shields while the Beam Mage casts slowing magic. Doctor Healmore drops puddles of healing magic.

The slow-moving Hammer Lord swings its mallet for massive damage. When an enemy gets beaten down enough it drops four shards, one for each player, that when collected trigger a quick mini-game that brings a massive meteor smashing down on their foe. 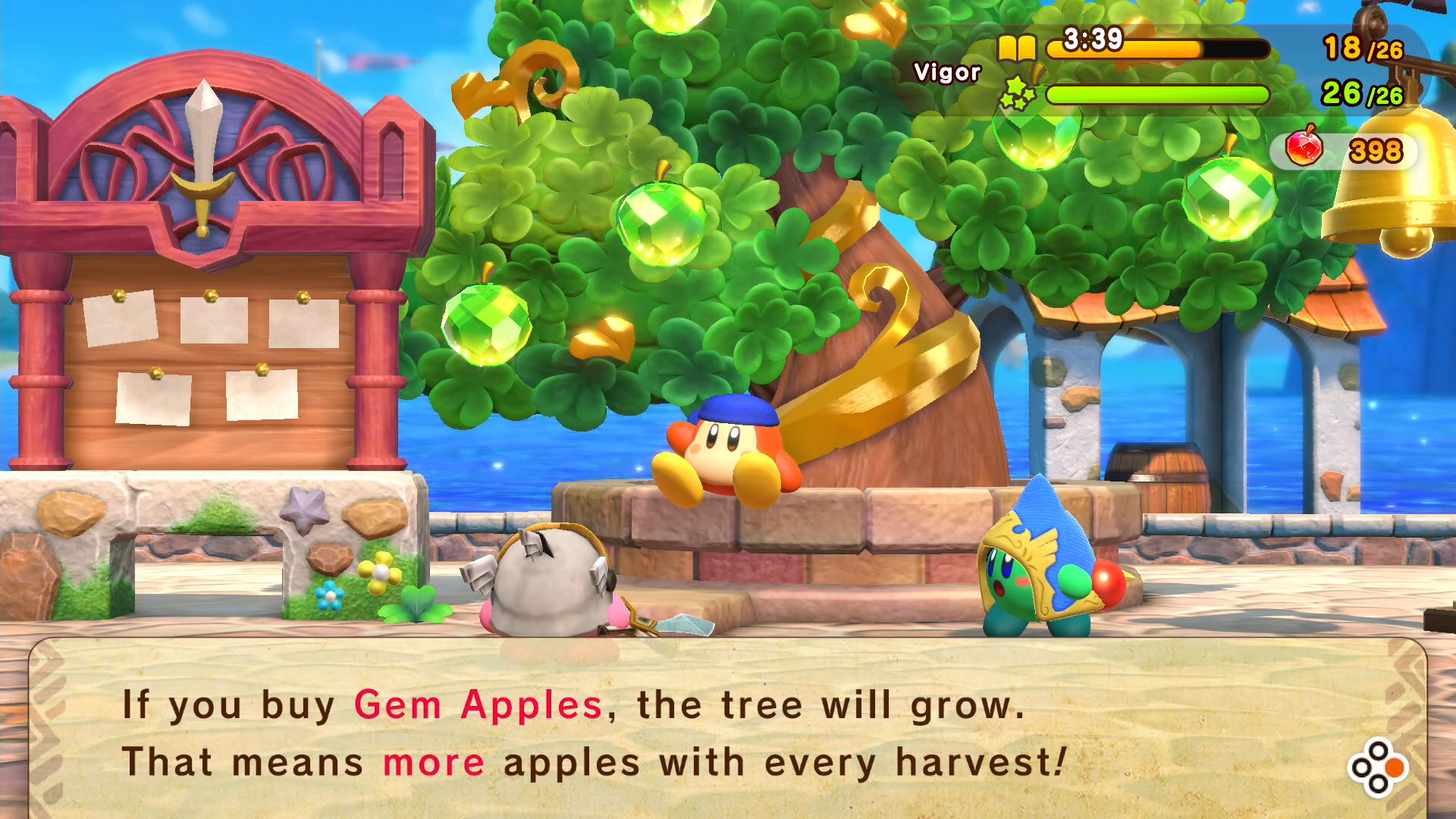 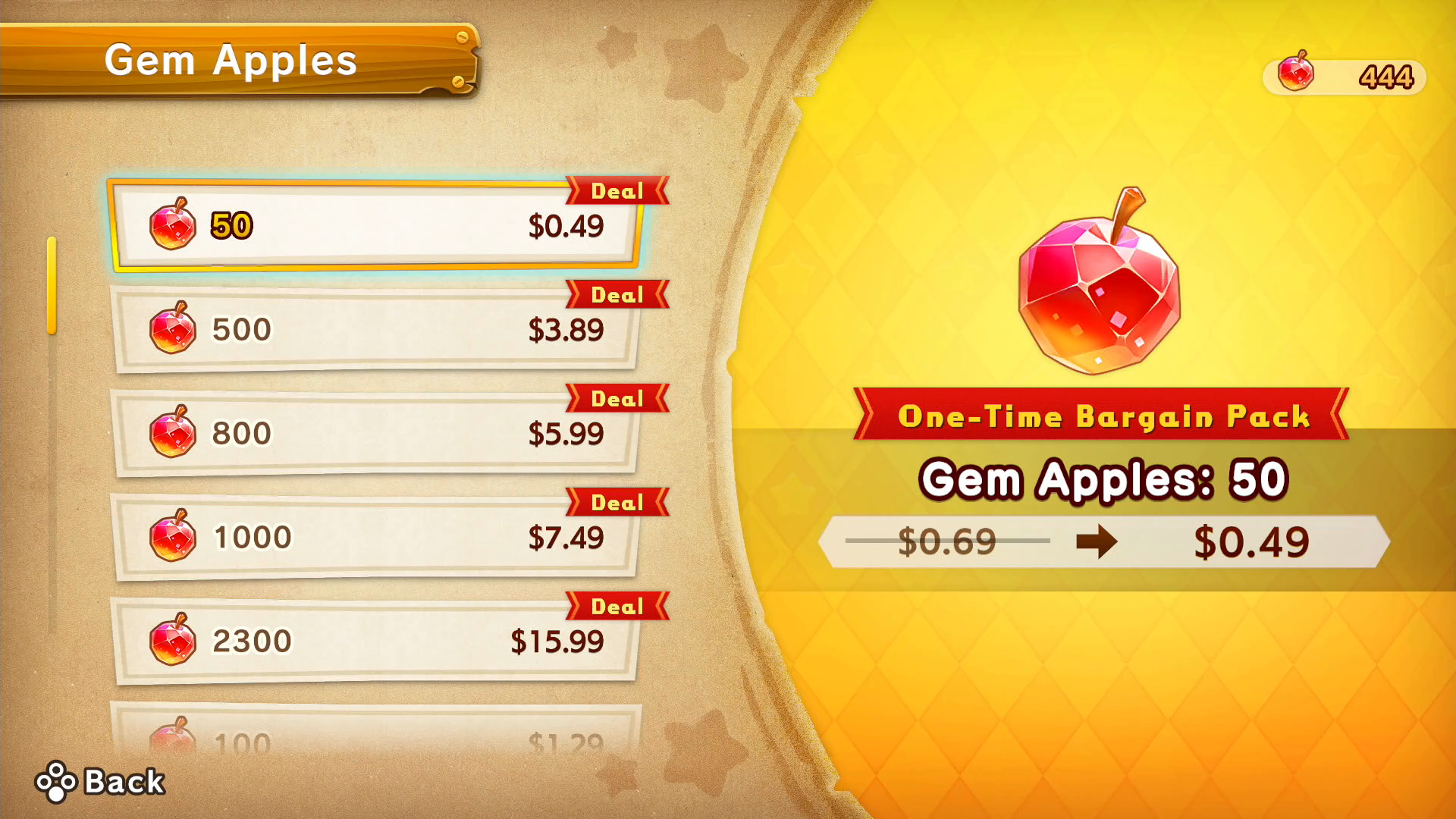 Then there is the game’s upgrade cycle. Players fight battles and complete quest goals to increase their Heroic Rank. Increasing one’s Heroic Rank unlocks more powerful gear and raises the maximum level the player can reach. New weapons and equipment cost a combination of resources earned through quests and Gem Apples (of course). 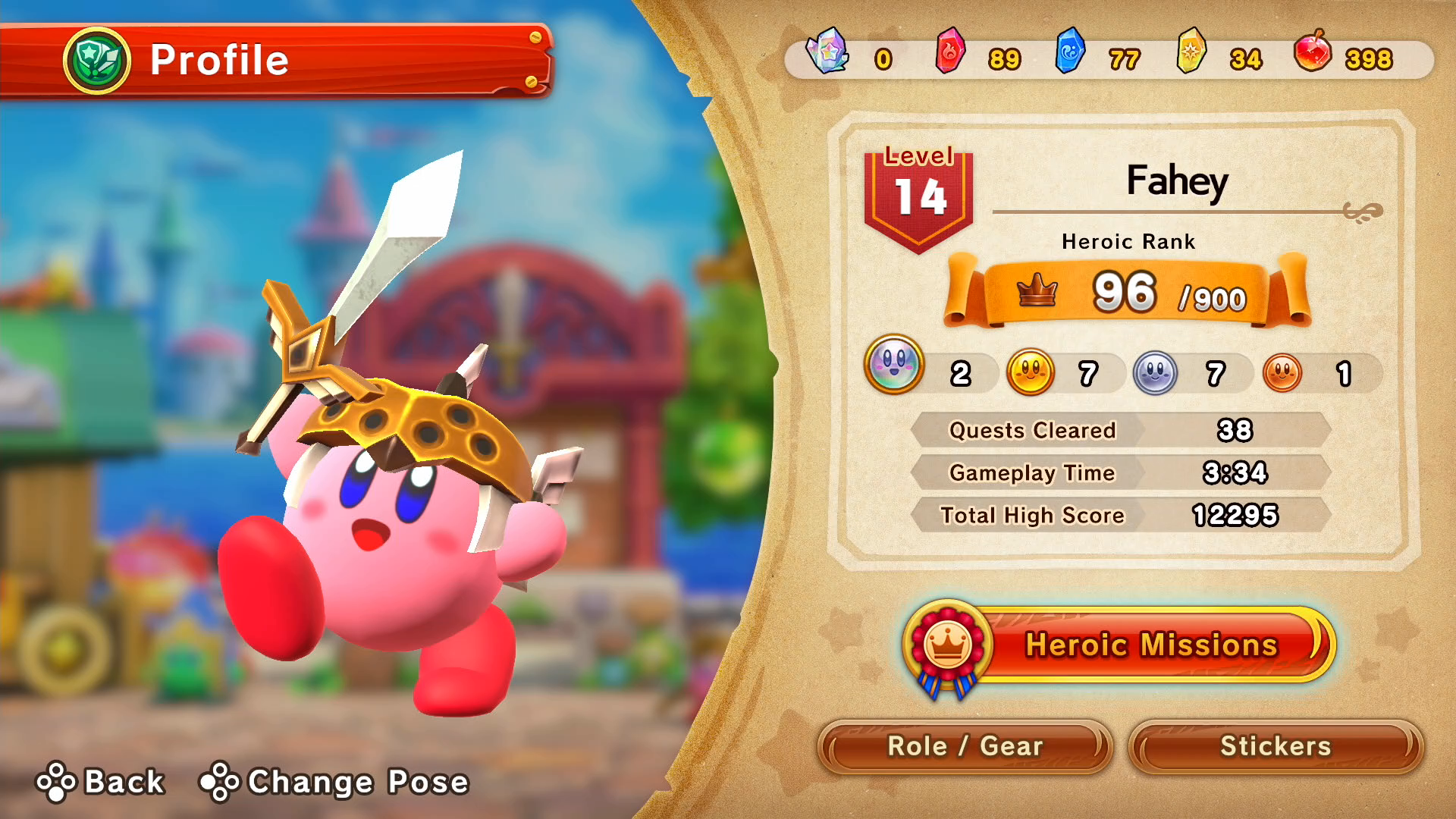 I still enjoy the battles. I’ve seen others complain of horrible connection lag but have only experienced it once out of a couple dozen online fights. I’m still getting a kick out of seeing all of these colourful Kirbys waddling around swinging swords and casting spells. It’s like the most adorable LARP ever. I just can’t help wondering how long until the charm wears off.