How To Get The Eeveelution You Want, And More Pokemon GO Tips 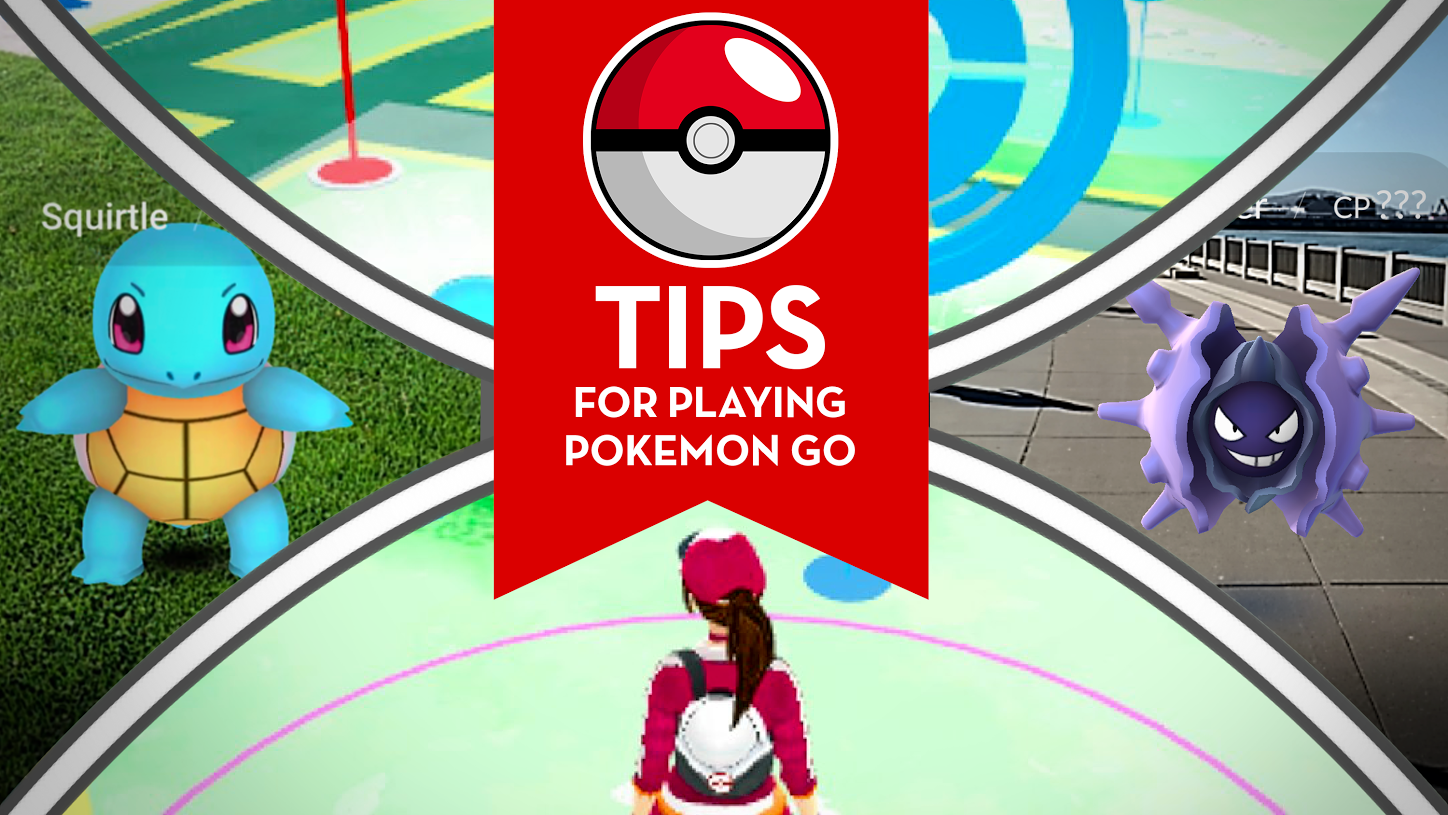 Being the very best (like no one ever was) is surprisingly difficult in Pokemon GO. You can't just grind your way to a strong Pokemon anymore: You've got to get out there and explore. We have some pointers to help you make the best out of your journey. Image: Sam Woolley

From finding monsters out in the wild, to challenging your first gym, here's everything you should know about playing Pokemon GO.

Pokemon GO lets you sign in with a Google account or as a Pokemon Trainer. The former is more stable; the latter beset with log-in issues. The thing is: You have to pick one. You can't start with a Google account and then decide to switch to a Trainer account. Doing so creates a new account. So decide early and stick with it.

Don't worry too much about security with your Google account, as the risks there have been overstated, but if you're interested in retaining the legal rights that the terms of service strips from players, check this out.

Pokemon GO doesn't tell you this, but there is actually a fourth option outside of Charmander, Squirtle and Bulbasaur. To get Pikachu, you just have to physically walk away from the initial starters, as you can see in the video below.

Take Pokemon GO with you everywhere

Not only does Pokemon GO spawn monsters based on your geographical location, it also takes into account your distance travelled while playing. Booting up Pokemon GO whenever you are someplace new or different is a great idea.

In order for your steps to count, Pokemon GO needs to be active and at the foreground of your phone. Sorry, multitaskers.

Relatedly, Pokemon GO will murder your battery life. I walk around with a portable charger in my back pocket to help keep things running in Pokemon GO, but it may be enough to simply carry around a charger for emergencies. At the very least, you should consider playing on low power mode (offered by the game in the settings) or battery saving mode (on your actual phone.) 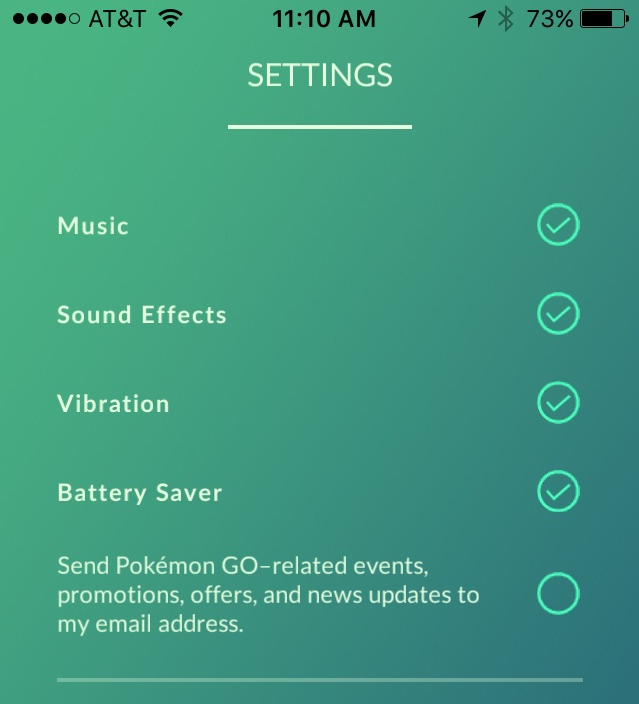 If you want more tips on how to save battery life, check out this post by Lifehacker. There are also ways of saving data, and you can read about that here.

Turn the camera off

Seeing Pokemon "in the real world" is novel at first, but it doesn't really help you outside of potentially providing funny screenshots. It's much easier to catch Pokemon within the game's interface, so make sure to turn off AR with the button pictured below. 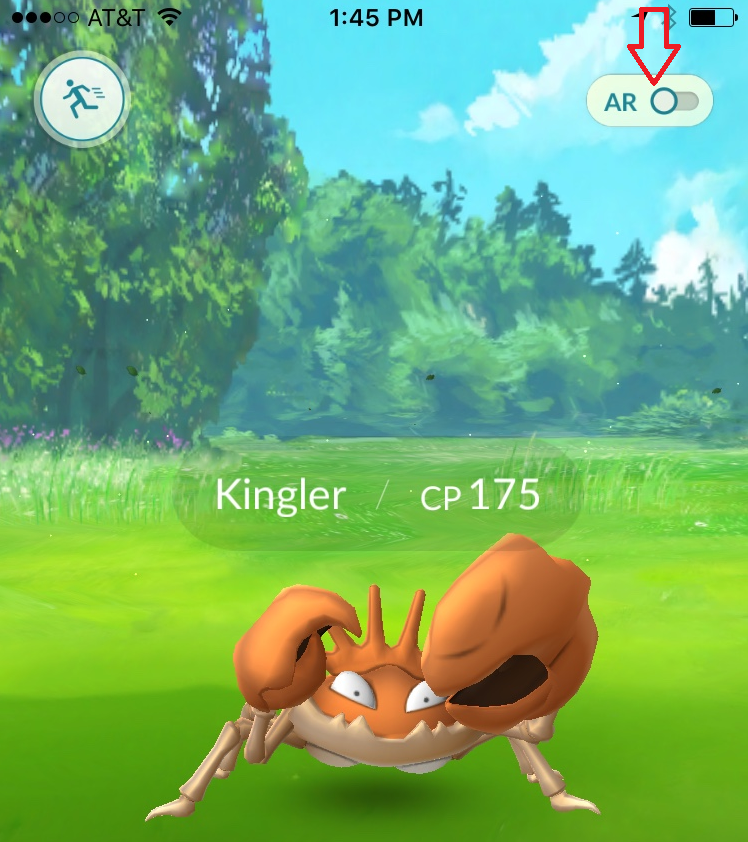 Pick whatever team you want

It honestly doesn't matter too much. I went with my favourite colour (Red), though each team has its own quirks and stigma. If it helps, you can stop by Red, Yellow and Blue's Reddit pages to get a sense of what you're signing up for. Alternatively, you can check out the gyms near you and see which team is the most popular, and go from there. 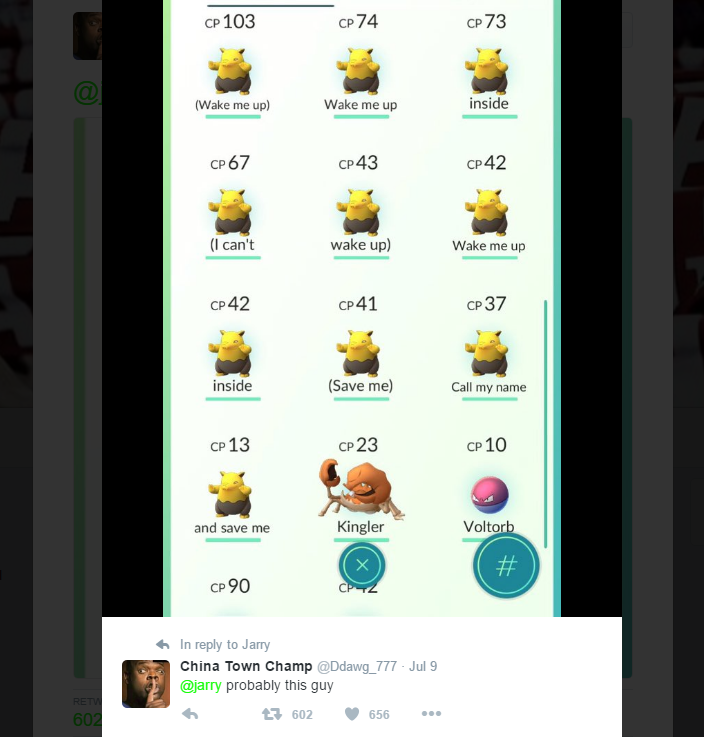 Have some fun with it! Do note that you can use HTML tags too, so go wild.

Keep only the strongest Pokemon

Every creature your capture will have a "CP" number, which stands for combat power. The higher the number, the better. If you find yourself with multiples of the same Pokemon, keep the one with the biggest CP. Everyone else should get transferred. You transfer Pokemon by tapping on them, scrolling down and selecting this option: 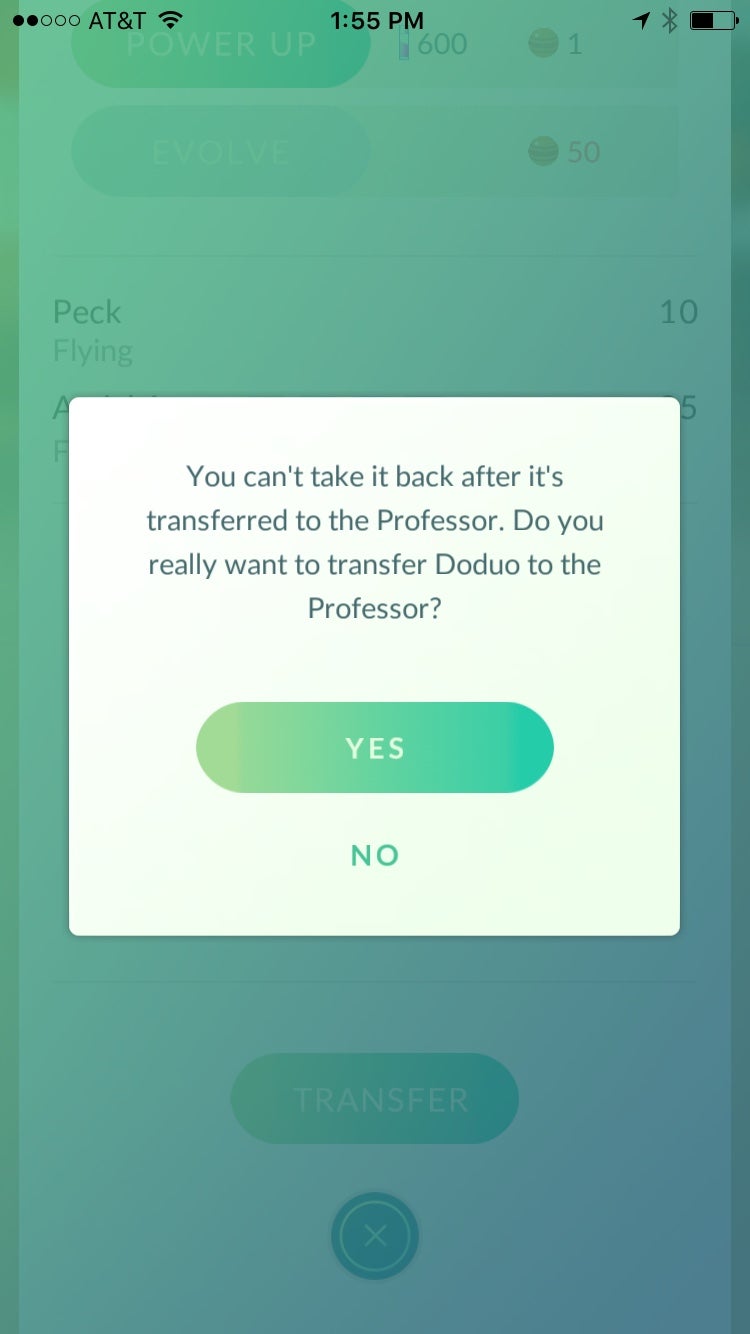 Every transfer nets you a candy, which you can use to evolve other Pokemon.

Do note that, in addition to thinking about CP, you should also consider a monster's overall potential. In the case below, for example.... 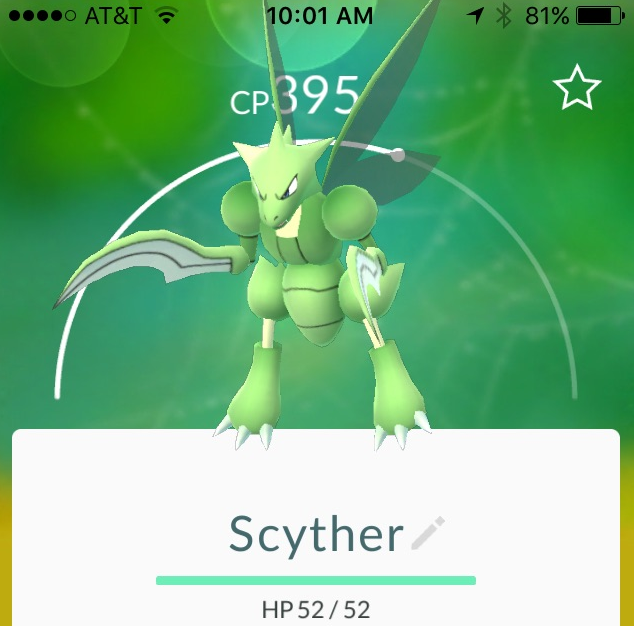 Scyther has a graph that is a little over halfway full, and is currently at 395 CP. This gives me a sense of what his total CP will be down the line, if I were to power him up. Sometimes, you might get a monster that has a high CP but low overall potential, which is no good!

At some point, you will get sick of the most common Pokemon that spawn near you. Still, if you have the Pokeballs, you should keep capturing those boring critters: They're XP fodder. And the higher level you are, the better Pokemon you will encounter in the wild. You can read more about the benefits of capturing weak Pokemon here. 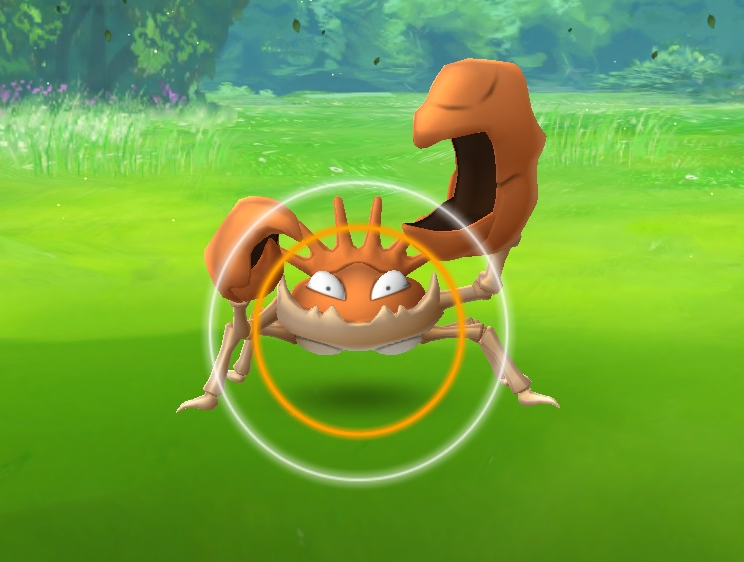 The timing of the Pokeball throw can be hard to grok at first, but once you've nailed it, you should try practising more advanced throws. If successful, you'll earn more XP per catch. Just know that things like windspeed and even the colour of the ring around the Pokemon can affect your capture attempt (green is easiest, red is hardest).

Berries make it easier to capture Pokemon. You can find them in your backpack.

Wandering while playing Pokemon GO has a certain charm to it, but I find that Pokemon GO is the most enjoyable when I have a sense of where I am going. Making sure to drop by hot lure spots is a good way to meet other people playing Pokemon, not to mention an easy way of capturing more Pokemon. It's also fun to make a point of visiting places and landmarks you are not familiar with, just to give Pokemon GO a sense of adventure. If adventure isn't your thing, planning can still be useful if you want to use Pokemon GO as a workout excuse. Alternatively, you can find restaurants that double as Pokestops here. 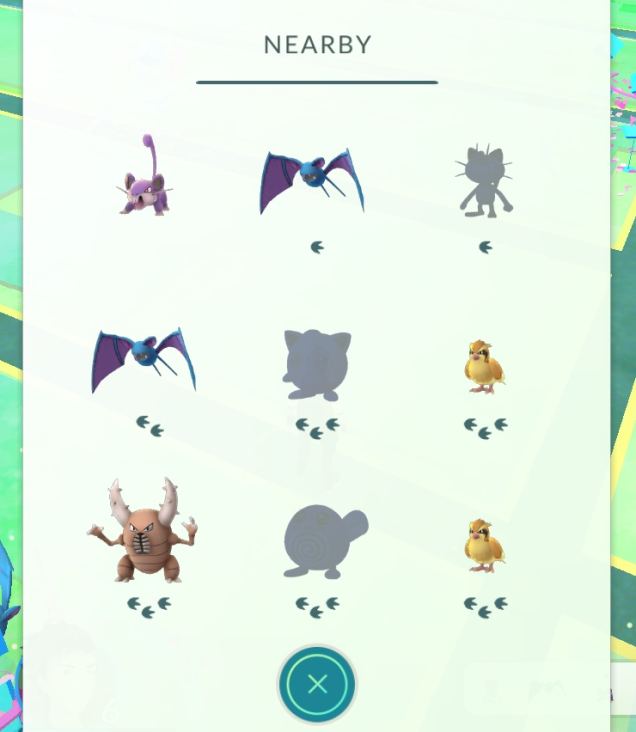 OK, look. Nobody really knows how the "Nearby" tab works, and sometimes the feature is straight-up busted. All the same, trying to find Pokemon that you want is a core part of the experience. If you see a rare Pokemon on your tracker, drop everything and try to find it — yes, even if it means wandering in every cardinal direction until the pawprints diminish.

Or if you'd like to get straight to the point, there is actually a separate unofficial map app that can help you find specific monsters.

New places, new Pokemon, new journey. Who knows what you might find? Good places to try: The beach, museums, parks. It is also said that there are region-specific Pokemon, so once again, bringing Pokemon GO with you everywhere is a good idea.

Play while riding in the car

Just like in the original games, you can cruise on your bike while playing if you'd like — just make sure to blast the theme song, embedded above. Lifehacker has a great guide on how to get started with your bike and Pokemon GO here.

Play at different times of day

There are critters I've only seen in the morning, and some that are more likely to spawn at night time. Experiment!

Pokemon GO is a social experience, and the more people around you, the better — not only can you shoot the shit with friends while walking, having a team will help when you challenge a gym, as multiple people can attack at once.

Be friendly and talk to people

You're bound to find somebody playing Pokemon GO while out and about. Even if you're not the extroverted type, there's a benefit to chatting with others: They might tell you where to find monsters you haven't caught yet, or about good Pokestops you should hit up. Who knows, maybe you'll make a new buddy.

Technically, lures are meant to attract Pokemon, but in actuality, they will attract people to a specific spot more than anything else. Pick a good locale, pop a lure and, if you want, start acting like you are the host of a party. It's a blast.

Don't trespass or create a nuisance

It's good to be mindful while playing Pokemon GO. Be considerate of those around you, and try not to be a jerk. Definitely don't break any laws in an attempt to catch Pokemon — as you've probably seen in the news, it's very easy to get carried away here. Lifehacker has written a helpful guide on how to stay safe while playing.

Look around you. Look around you. One of the best things about Pokemon GO is the way it helps you rediscover your neighbourhood, or at least notice smaller details you might otherwise never see. 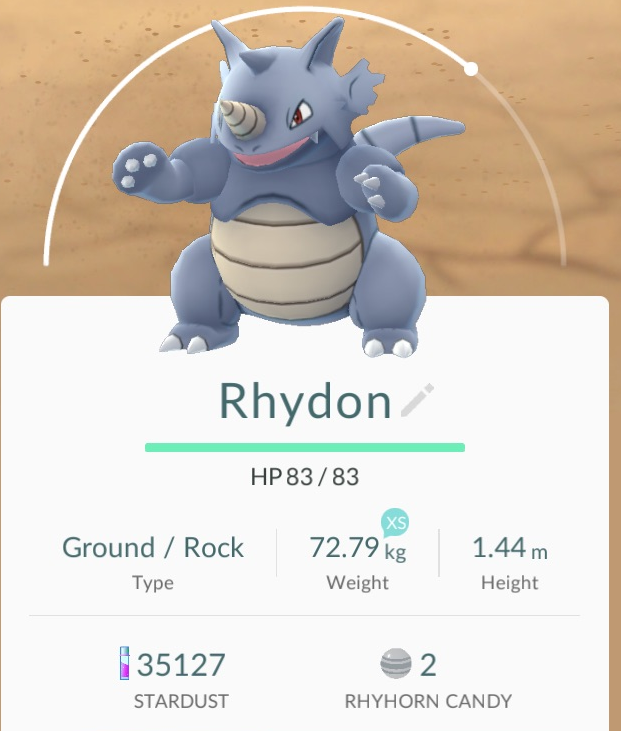 Since the best Pokemon appear at higher levels, it's not worth spending anything on the stuff you find early on. I've had situations where I painstakingly tried to nurture a Pokemon, only to find something random out in the street that was way stronger. Unless the Pokemon is nearing or over 1k CP, don't bother powering anything up right away. 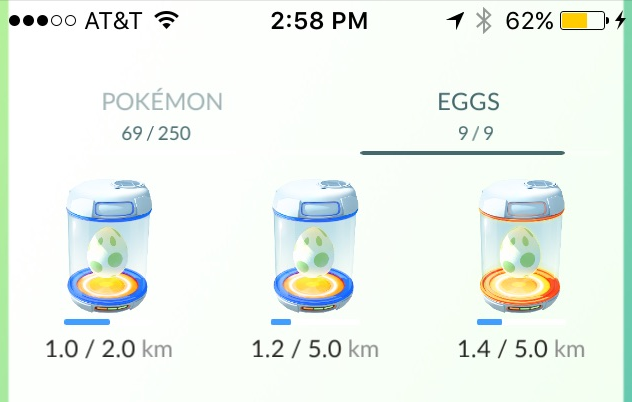 The more kilometres an egg needs to hatch, the rarer the monster — in this case, 2km is the most common type of egg, and 10km is the most unique. Here's a reference chart that tells you every Pokemon you can hatch. Note that you need to have the app active, open and in the foreground for the game to count your steps toward hatching!

After entering a Pokestop, you don't have to individually tap everything it drops. Once the Pokestop turns purple, if you exit out of the menu, you will automatically pick up all the items. Note that Pokestops replenish about every five minutes, so you can hit up the same stop multiple times.

Get the Eeveelution you want

Normally, evolving an Eevee gets you a random result... unless you nickname your Eevee. "Sparky" gets you Jolteon. "Rainer" gets you Vaporeon. "Pyro" gets you, well, Flareon. One of the more clever Easter eggs in Pokemon GO.

Courtesy of Polygon, here's a quick explainer on what you need to know about Pokemon Gyms:

You can also check out our own rundown of Pokemon GO gyms here. One thing I'll add is that it is worth scoping out the gym first before challenging it. What kind of Pokemon does it hold? Do you have any Pokemon that can counter it, type-wise or move-wise? Just like the main games, it helps to plan a course of action; otherwise you'll get your arse kicked.

If you are confident that you can take down a gym leader, make sure to use a Lucky Egg beforehand: The XP will be much sweeter.

It's entirely possible to defeat gym leaders whose Pokemon have yours beat by a few hundred CP. Fight smart by swiping to dodge big attacks. Take advantage of type counters. That 1200 CP Magmar might look intimidating, but your 800 CP Lapras can probably crush it (or at least knock off enough of its HP that another of your Pokemon can finish the job).

Get the gym defender bonus

If you manage to capture a gym, you can go into the shop and collect some Pokecoins and Stardust as your prize. The gym defender bonus can be accessed once per day, and the more gyms you control, the better the reward.

Don't worry too much about battling

It's easy to get overwhelmed by the powerful Pokemon that other players have trained, but don't sweat it. You don't need to keep up with anyone. Just capture Pokemon at your own leisure and pace.