Life Is Strange 2 Is About Finding The Meaning Of ‘Family’

Life Is Strange 2 is a game about finding your family, as well as figuring out what “family” means. “It’s a question that I, myself, don’t have an answer to,” Dontnod lead writer Jean-Luc Cano told Kotaku over the phone. “But (the game) is showing that family is where you love to be.”

In Life Is Strange 2, Sean and Daniel Diaz have lost their father and are on the run from the law. In their father’s absence, Sean has to raise Daniel, who also happens to have telekinetic powers. Cano said that Sean’s education was the primary focus of the game, and that creating a non-traditional family unit was instrumental in getting players to think about how you instill a sense of morality within a family unit.

“Even before knowing it was two brothers or knowing it was a road trip, we knew we wanted to talk about what it is to educate someone, to raise someone,” Cano said. The additional tension of Sean Diaz being unable to return to a normal life he badly misses helped to emphasise that point.

“He really wants to just be a normal teenager, and when he lost everything, he had to be forced to take care of Daniel. It’s not a small thing because you can really decide how you want to do that,” he said.

Cano brought up instances of Daniel having to choose between socialising with peers and taking care of his brother, choices that would have been easier had Sean been a parent rather than a sixteen year old. “If you have a father or a mother, it would have been less interesting in terms of story,” Cano said. “You wouldn’t have to think about Sean as a teenager.” 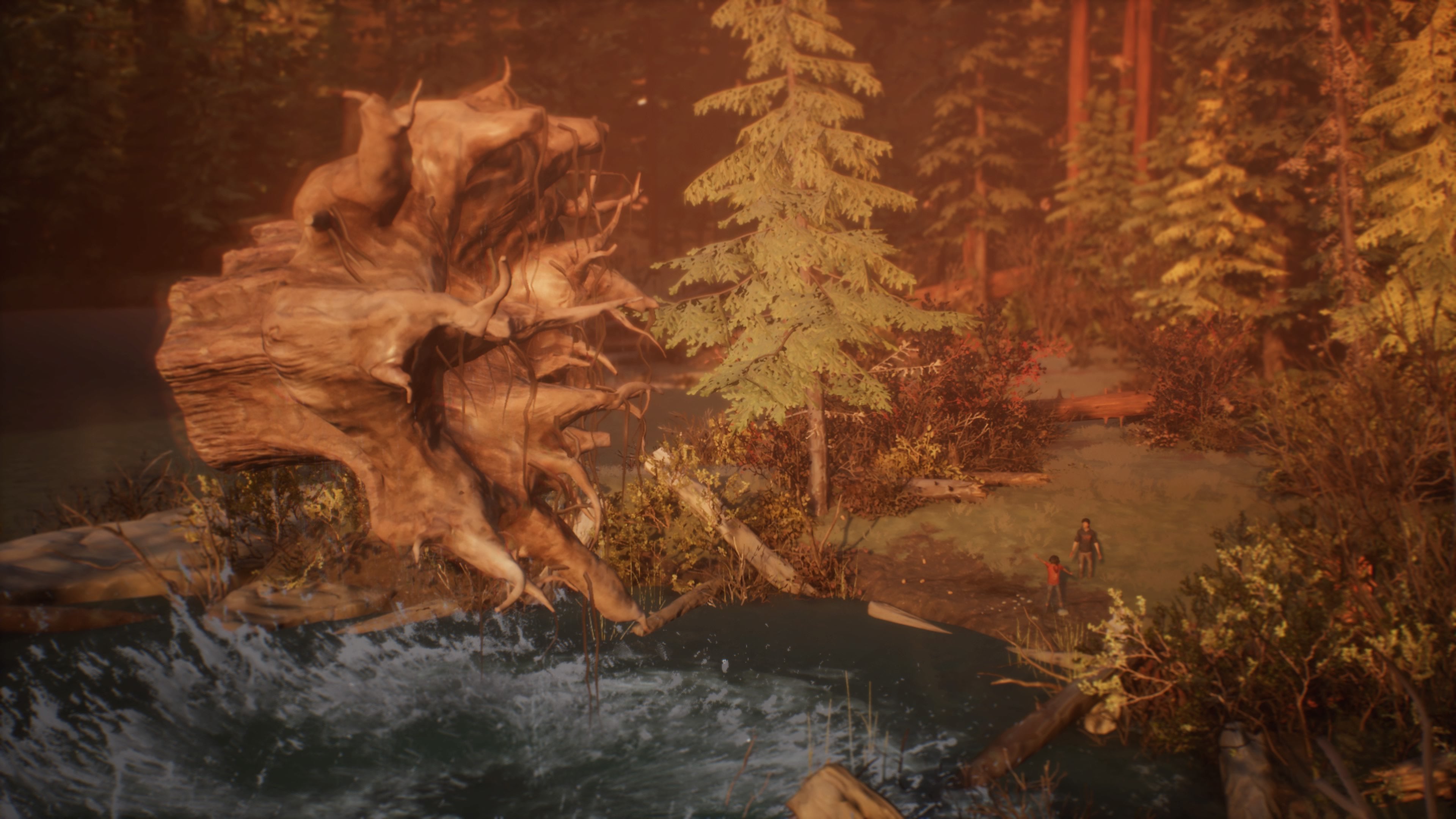 The game’s heartbreaking portrayal of a family torn apart is juxtaposed with its breathtaking portrayal of nature. The final episode of Life Is Strange 2 opens up on a desert sunrise. It’s one of the most beautiful things I’ve ever seen in a game. The vibrancy and depth of the colours are almost Rothko-esque, a deep purple blending into a golden yellow. Like many of the outdoor environments in Life Is Strange 2, it took my breath away.

“Something that we really wanted to show in the game was the west coast of the United States in general, which meant different states,” Cano said. The team visited the states in question, ranging from the verdant Pacific Northwest to the deserts of Arizona, and they took pictures and interviewed people who lived there to make sure everything was exactly right. The locations that the Diaz brothers, Sean and Daniel, visit on their journey are inextricably tied to their progress as human beings. In the snowy woods of Portland, they have some of their most deeply felt losses. Under the sun in Arizona, they find a place that could almost be home.

Although Sean and Daniel don’t have a home, they still have each other, and the new version of “family” the two of them build is central to Life Is Strange 2. Each new location in the Diaz’s roadtrip is a part of that answer. While the answer to that question is dependent on how you play the game—just like its ending is dependent on its choices—having Sean and Daniel meet people who live in the margins of society was meant to get players to question their understanding of what is or isn’t a normal life.