The State Of Overwatch In 2019 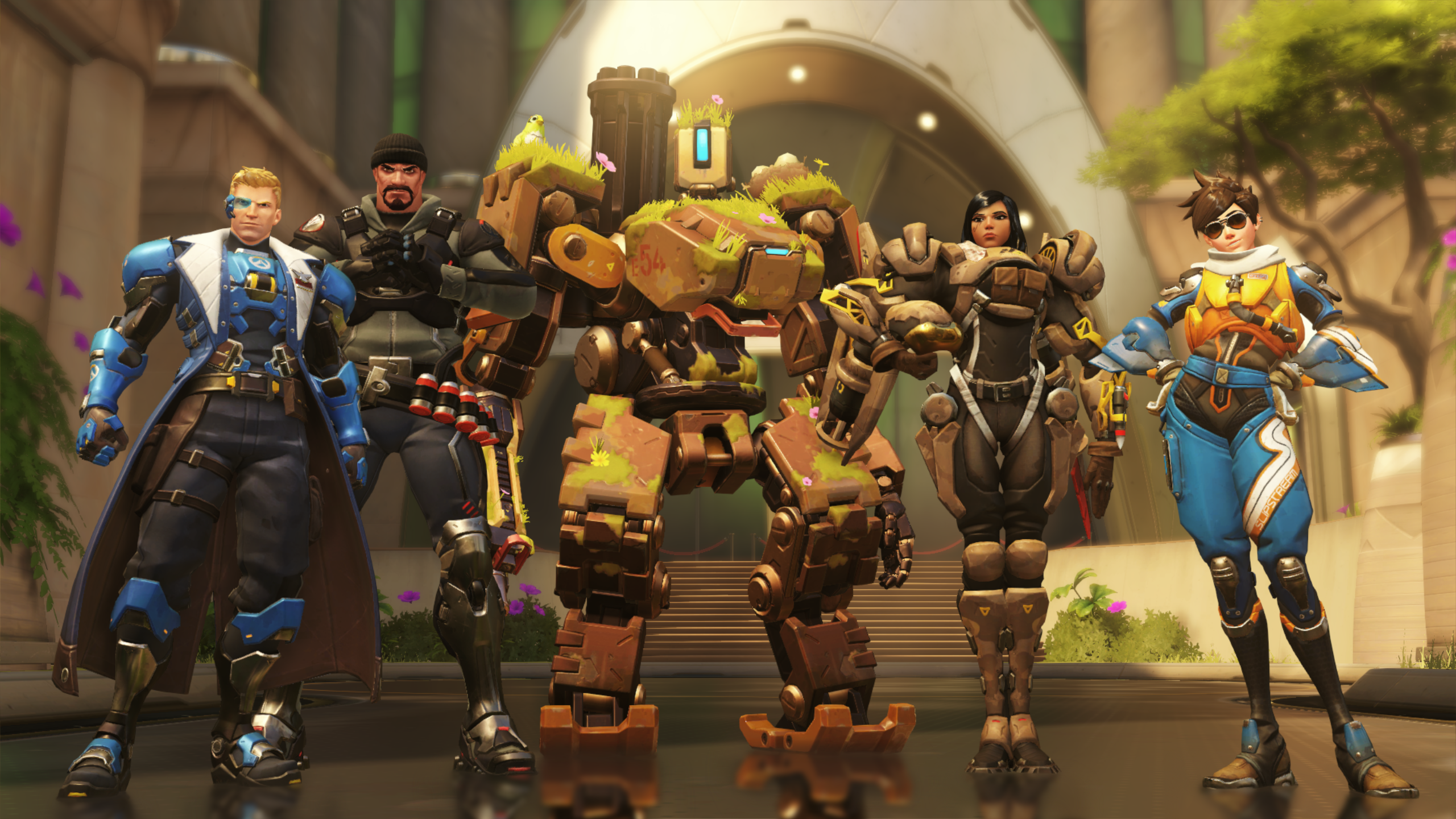 Overwatch is a game with gravity. Assembled from the scraps of the never-released MMORPG Titan by one of the most trusted game companies of all time, the first-person team shooter was always too big too fail. And since its release three years ago, its publisher Blizzard has continued feeding it, nourishing and fluffing its feathers, resulting in something a little larger than a game. More like an institution.

Online games can change dramatically from their launch-day versions, and Overwatch especially so. In 2016, Overwatch had 21 playable “heroes.” Today it has 31. In 2016, a team of six players could all choose the turret hero Bastion, set up on point, and troll their hearts out.

Today, Overwatch mandates both a single-hero limit and specific team composition balance. In 2016, Overwatch started strong with impeccable-rendered CGI animations teasing a deeper lore and a fleshed-out world. Today ” well, actually, they haven’t delivered on that yet.

Now well into its fourth year, Overwatch is worth assessing again on the new terms it’s established for itself. And take it from someone (Cecilia) who still plays basically every day: It’s never been better.

Overwatch has in many ways become a more rigid game. That’s bound to happen for any game with some notion of a “meta,” but design decisions have done a lot to support this, too: role locking, role queueing, an endorsement system, a group finder, and a more robust player reporting system.

Yet this new structure is actually empowering other sorts of freedoms. Before this summer, your typical game of competitive Overwatch would always feature some amount of debate over whether a player should compromise and switch heroes to balance out the team.

Most commonly, it meant talking the third person to pick a damage-dealing hero into taking a support role. Other debates included the merits of turret-based heroes like Symmetra and Torbjorn and whether we even need a tank hero at all.

Compromise and coordination are tenets of team games. And yet, players would argue that they spent the $80 to buy Overwatch and can play it however the hell they want. Overwatch developers hemmed and hawed on the matter, too. In 2018, game director Jeff Kaplan told Kotaku that role locking ” forcing teams to be composed of a balanced team of diverse roles ” would “hurt the spirit of the game.”

So far, role lock and role queue have been uniformly positive changes. Just intentionally queueing up for a role focuses players on performing it. Now that each role has its own separate rank, you don’t run the risk of playing with a Bronze-tier Ana who climbed to Diamond playing Torbjorn.

There’s a lot less pre-game whining, too. Playing consistently, even obsessively, for these last couple of weeks, Cecilia encountered just one or two players complaining about composition or hero picks. Freedom. (Sadly, Overwatch‘s group finder, which at its 2018 launch was a superb addition, has become empty after recent updates.) 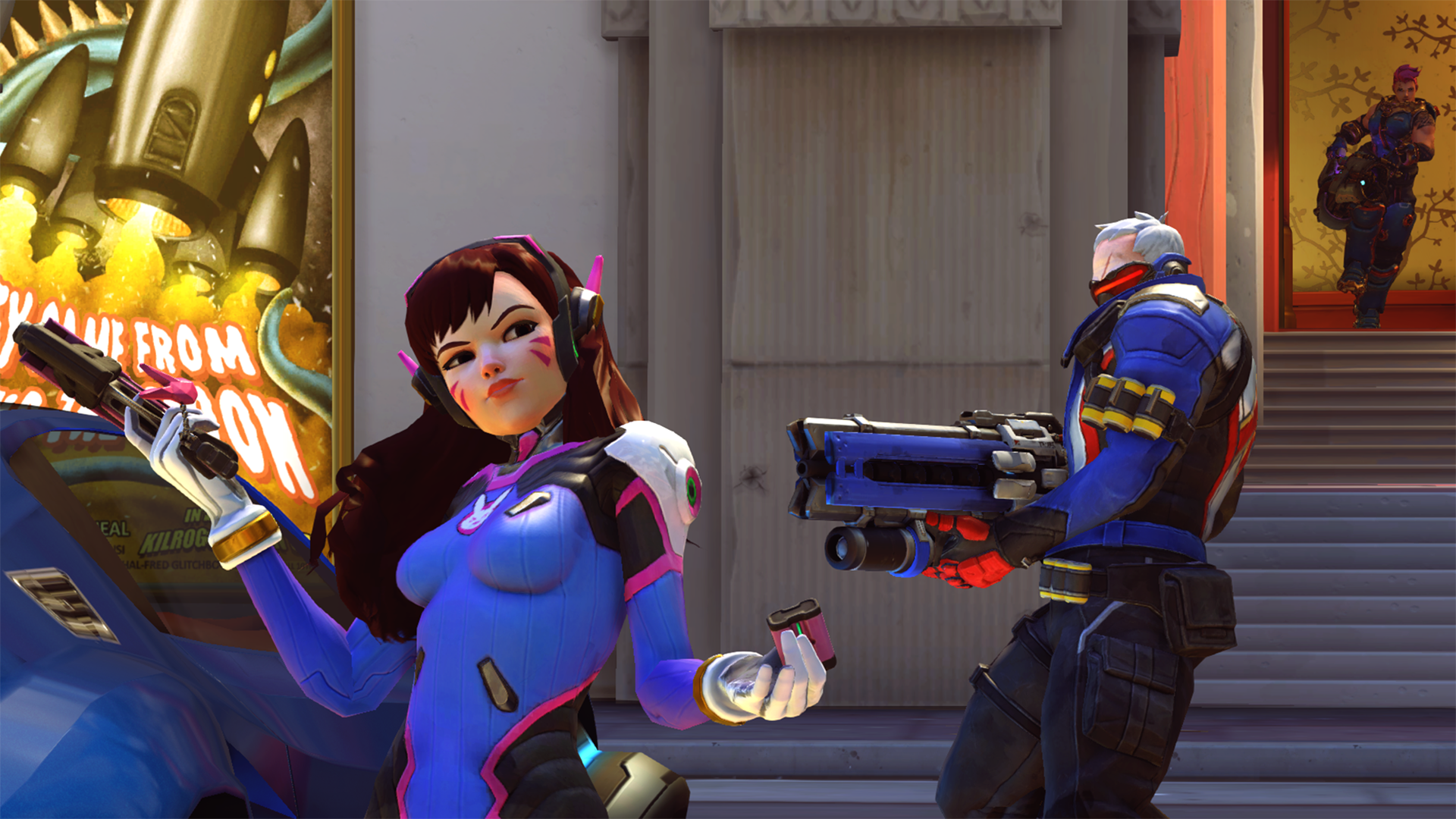 At the same time, Overwatch has become significantly more balanced, meaning that it’s harder to find fault in teammates’ hero choices. It’s unfathomably difficult to balance a game with 31 characters at the same time as players are exploiting them in innumerable ways.

Over time, Overwatch has introduced or adjusted heroes that solve problems or imbalances inspired by others, making for a healthy symbiosis within the roster. Brigitte hard-counters Tracer. Sombra wrecks Brigitte. Symmetra counters Sombra. Winston counters Symmetra.

Although role-locking means that Overwatch hero switches have lost some of their flow ” a tank can’t switch into a damage-dealer mid-match ” there is always, in theory, a hero pick solution to any issue at hand. Unless, you know, your team sucks.

Symmetra and Mei are both solid picks now after years of relative obscurity in higher-stakes games. Brigitte is no longer overpowered and neither Reinhardt nor Mercy are necessary for viable compositions.

Often, players complain that the new hero Sigma is overpowered, but that’s typical of a hero to whom players are still getting acclimated. As a tank player, Cecilia isn’t receiving any complaints about hero picks just because, quote-unquote, they suck right now.

All of this, plus some quality-of-life features, have stomped out a lot of the toxicity that dragged down Overwatch in 2017 and 2018. Earlier this year, in fact, a Blizzard research developer said that toxic behaviour is down 40 per cent.

In part, that’s because there just isn’t as much to be mad about anymore. It’s also because Overwatch has introduced a reward system for good behaviour, so you can see how well-endorsed a player is under their name. This incentivizes players to behave well.

Likewise, it appears that Overwatch has put its foot down on arseholes, being quicker to ban players who a. scream song lyrics into their mics, b. act racist, sexist, or homophobic, c. intentionally lose games or d. all of the above.

Just yesterday, Cecilia logged in to a happy message that Overwatch had taken action against someone they’d reported, and has gone down from reporting about once every other day to once a week.

A session of Overwatch now is unlikely to end in rage unless you’re sensitive to losing. Yet even then, games lately have been evenly matched and wholly, irrefutably fun. Unburdened by needless stressors, players can now focus on more controllable ones, like winning, losing, and enjoying time spent with friends. Outside of its bread-and-butter gameplay, and despite the new role-lock system and other new features like Workshop tools that allow players to essentially program their own modes, Overwatch has become stagnant in some areas.

Instead of freshening up seasonal events with new modes, Blizzard has been content to pop bottles of the same old stale champagne each spring, summer, fall, and winter. This has disappointed players, who clamour for more each time, but always wind up playing another round of Lucioball through gritted teeth. Custom games and modes keep things fresh, but it’s easy to wonder when Blizzard will be the ones giving us something fresh, and not players.

Overwatch is really good right now, probably the best it’s ever been, and it’s possible there’s a concrete reason for it: It has to be. Keeping with the theme of “too big to fail,” Overwatch also willed a multi-national esports infrastructure into existence, with the Blizzard-backed Overwatch League taking flight on digital and cable television airwaves last year.

Reports pegged teams’ buy-in prices at around $29 million a pop, a still-unprecedented figure in the world of esports. New season two teams might have had to pay tens of millions more.

While season one came in hot, fans’ excitement over weekly matches and often-rigid metas cooled over time. Season two, which is now in playoff mode after beginning in February of this year, experienced a similar, perhaps even more pronounced dropoff in interest, with many maligning the slow-moving, tank-and-healer-focused “GOATS” meta that dominated most of the season.

To put things in perspective: The season began with an average of 440,000 viewers tuning in at any given minute during its premiere, and it held onto this momentum for more than a month.

These days, however, a match is lucky to have 100,000 viewers on Twitch at any given moment. Blizzard shook things up with role lock last month, forcing a new meta for the season’s fourth stage and playoffs. This turned rock-bottom teams into sudden contenders, albeit at a time when it was too late for many to secure playoff spots.

Inevitably, fans began to ask questions about the integrity of a sport where many storylines stopped dead in their tracks and the best teams suddenly struggled against the worst ” who, in turn, found themselves ineligible to compete for the league’s top spot.

Despite Blizzard moving heaven and earth to make all of this happen, the resulting Mei-centric meta, though certainly more varied than GOATS, has still left many fans cold. While the big-event feel of this season’s Philadelphia finals should lead to an exciting showdown between whichever two teams prevail over the rest, all eyes are now locked on 2020. Next season is likely to be the make-or-break moment for Overwatch League.

Blizzard plans to finally realise its full vision for the league, with teams relocating from Los Angeles, California (where the vast majority of matches have been played) to their respective home cities. During season three, they’ll play every match either at home arenas or in enemy territory by way of road games.

This means that travel will become a major component of Overwatch League, putting even more strain on teams whose players have struggled with widespread burnout issues in the past.

Is this tenable? Does an organisation this large, and this tied to multi-million dollar sporting institutions, have a breaking point? Or will the third time wind up an improbable charm?

Mechanics and payloads are only part of what brought flocks of players to Overwatch’s eternally revolving door. Its focus on characters is the other half of the equation, with the ears (and fan-fiction pens) of even long-lapsed players perking up each time a new hero is announced.

But Blizzard’s slow expansion of Overwatch‘s universe hasn’t been without its missteps. Players have continually complained that, 31 heroes in, the game still lacks a playable black woman.

The most recent hero, Sigma, not only did not assuage those concerns, but also raised new ones about the game’s depiction of mental illness. Broadly, people have critiqued Overwatch for leaning heavily on stereotypes, even if they do represent locations and cultures not often depicted in major blockbuster video games.

It’s also become harder and harder to ignore the lack of forward motion in Overwatch‘s glacially-moving narrative. (It’s been a long time since the neverending Sombra ARG.)

By and large, Blizzard has been content to flesh out the past, with in-game “Archive” events and character stories largely focusing on the Overwatch organisation’s heyday or its tumultuous fall, rather than the “present”-day time period during which matches take place.

In short stories and cinematic reveals for characters like the shotgun-toting cowgirl Ashe, we’ve been givenÂ tantalising glimpses of where things are headed, but there’s still no indication it’ll all culminate in any revelations or plot beats of note anytime soon.

Overwatch is showing few signs of slowing down. Perhaps that’s because it can’t. Yes, the team has been releasing fewer and fewer animated shorts and fancy, original player-versus-environment events. Yet heroes and cosmetics are still getting released with some regularity.

Huge design decisions are just now getting implemented. Overwatch 2 will likely be announced around BlizzCon. And just yesterday, we learned about the game’s impending release on the Nintendo Switch. Overwatch is amassing new life, like a snowball from Mei’s pocket.

Three years later, Overwatch isn’t a gameplay loop played through heroes and maps. It’s an ecosystem composed of a game, an esports establishment, fan-made lore, cosplay, a news cycle. It’s a franchise ” an industry, even. This is the future of the online game.